Rubio's began as a walk-up taco stand in Mission Bay in 1983. 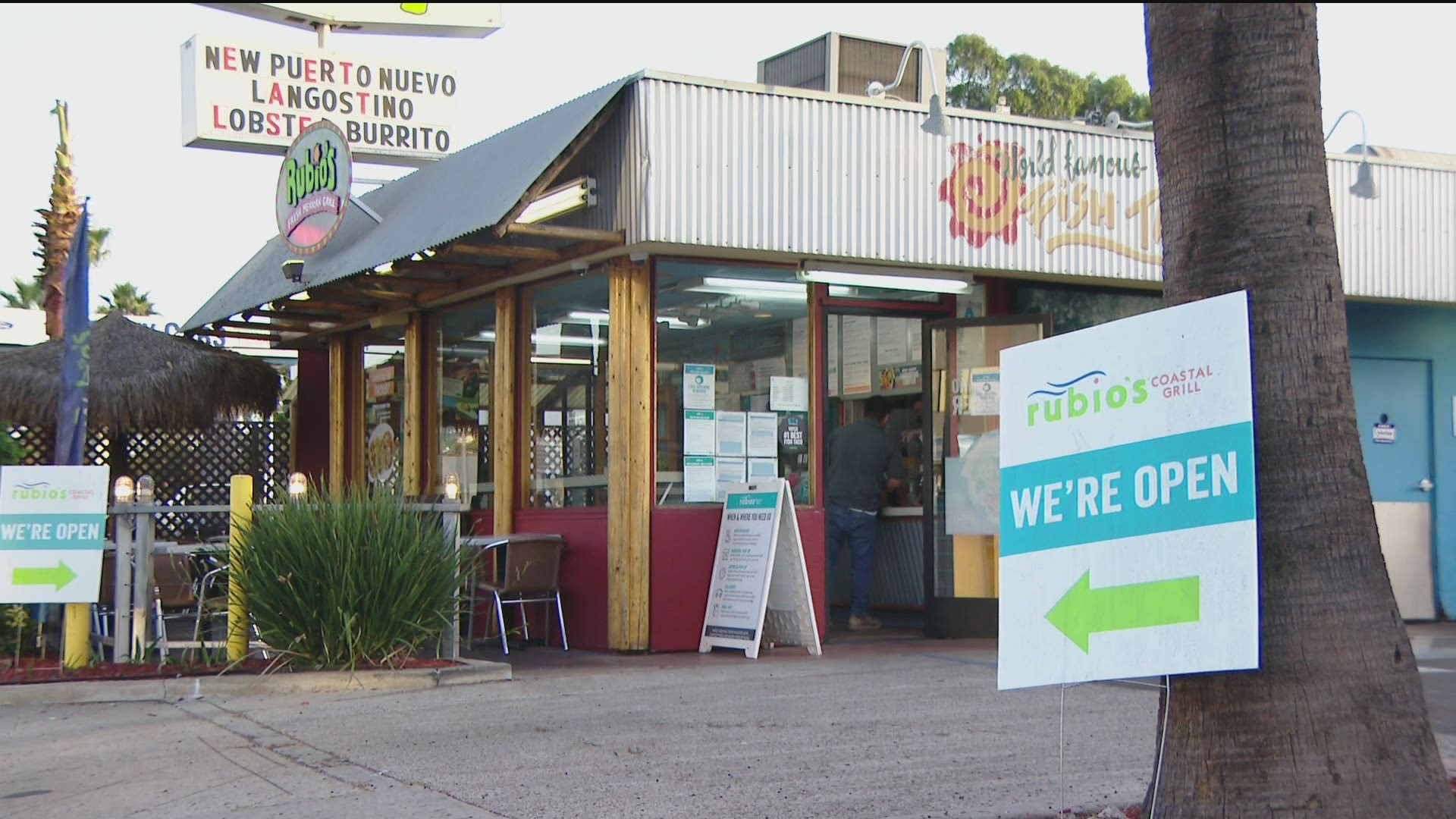 CARLSBAD, Calif. — Rubio's Coastal Grill filed for Chapter 11 bankruptcy on Monday, according to legal documents. The Carlsbad-based chain known for its fish tacos filed in Delaware.

Rubio's began as a walk-up taco stand in Mission Bay in 1983 and is popular among locals today.

Jose Barroso brought his son to Rubio's for dinner Monday night - a treat for both of them.

The fare at the casual dining restaurant has expanded over time to include some exotic dishes.

But what got him started down this path was when he first bit into a fish taco. It was a life-changer and that became the signature item on his menu.

"My first fish taco experience was in San Felipe on the Sea of Cortez," Rubio told News 8 in 2019.

“COVID-19 has had a significant impact on Rubio’s,” Rubio said in a statement.

The chain has closed 26 restaurants; and filed for Chapter 11 bankruptcy. Lenders are already on board and Rubio remains optimistic.

The case is Rubio’s Restaurants Inc., 20-12688, U.S. Bankruptcy Court for the District of Delaware.