Mom entrepreneurs start own businesses, leaving behind the 9 to 5

These moms are part of a growing number of successful women entrepreneurs who chased their dreams and it paid off! 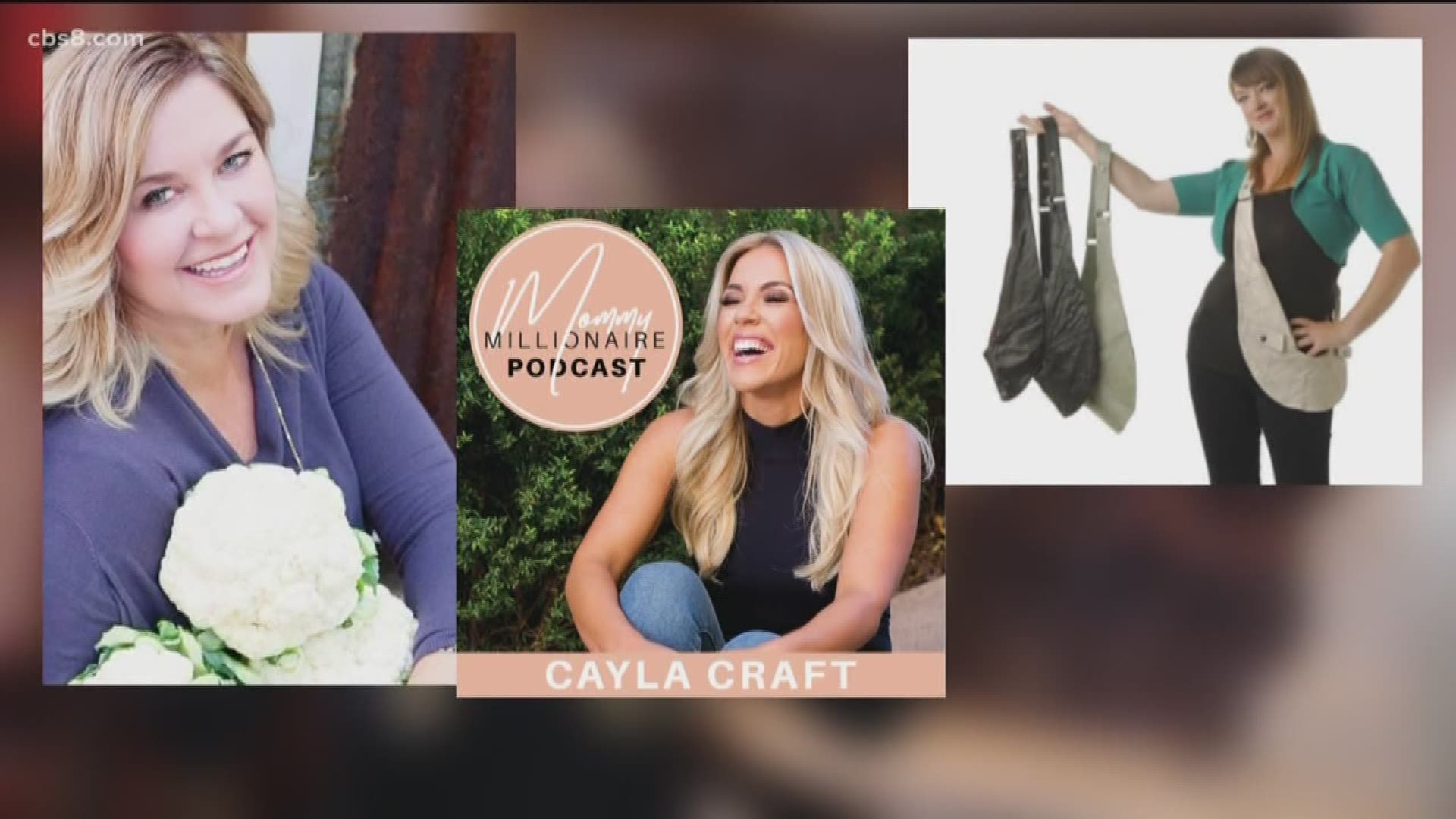 SAN DIEGO — Ladies, have you thought about leaving your 9 to 5 job and owning your own business? For many people, the answer is yes, but they don't know where to start.

According to the National Association of Women Business Owners, there are 9.1 million women-owned businesses in the U.S. Those businesses employ 7.9 million people, generating $1.4 trillion dollars in sales.

Cayla Craft, is the founder of "Mommy Millionaire" podcast, an author, and someone who encourages women everywhere to be shameless about pursuing their ambitions. Craft was just 23 years old, an ER nurse, and a mother of a small child, when she decided it was time for a change.

"I think at a very young age, we're trained to bet on our employer. I want to get that steady paycheck. We're trained to look for that. And at 26, I learned that I’m going to bet on myself," said Craft.

Craft said when she decided to give up nursing, she only wanted to make an extra $2,000 a month. She started network marketing and eventually started her own business.

"I know there are a lot of entrepreneurs and motivational speakers who say follow your passion. That's not very good advice because you have to have a skill, so if you marry skill and passion together then you're able to monetize it," said Craft.

Nichole MacDonald, a mother of two, used her skills and passion to create the Sash Bag, an alternative to the fanny pack with lots of clever pockets inside.

"I couldn't find what I was looking for and the idea popped in my head. So I decided to make one for myself," said MacDonald.

The San Diego-based company is in its fifth year of business. It all started very small. MacDonald began making the purses at home and selling them at local farmers markets.

"The first farmers market I took them to, I sold 30 bags. And I sell these for over $100 dollars. I didn't think people walking around at a farmers market buying eggs and kale would spend over $100 on a purse," said MacDonald.

That day was the beginning of something great for MacDonald. She says her company has sold thousands of bags, and made more than $10 million in total revenue; $4 million last year.

"If you have an idea that you really believe in, my advice is to start small, start local, get out in your community and see if people are going to give you money for your idea," said MacDonald.

Like MacDonald, Amy's Lacey's business, Cali'flour Foods, started at home as well after she was diagnosed with lupus. The chronic autoimmune disease caused her lots of pain and inflammation. Lacey knew that something had to change.

"I just switched up unhealthy foods and made them healthier," said Lacey.

Lacey started making delicious meals using cauliflower, a vegetable she rarely used. As she perfected some of her meals, like pizza with cauliflower crust, she realized there was nothing on the market. Her family and friends encouraged her to start selling her special crust. Cali'flour Foods eventually went from farmers markets, to online, and now grocery stores.

Her advice to others wanting to start their own business?

The three female entrepreneurs say believing is half the battle. They also say that owning your own business does come with its ups and downs, including sacrificing family time. However, at the end of the day, you're the boss.