Escondido nail salon owner back in business, but not without challenges

Nail salons got the greenlight to reopen outdoors, but one business owner said it is not ideal longterm. 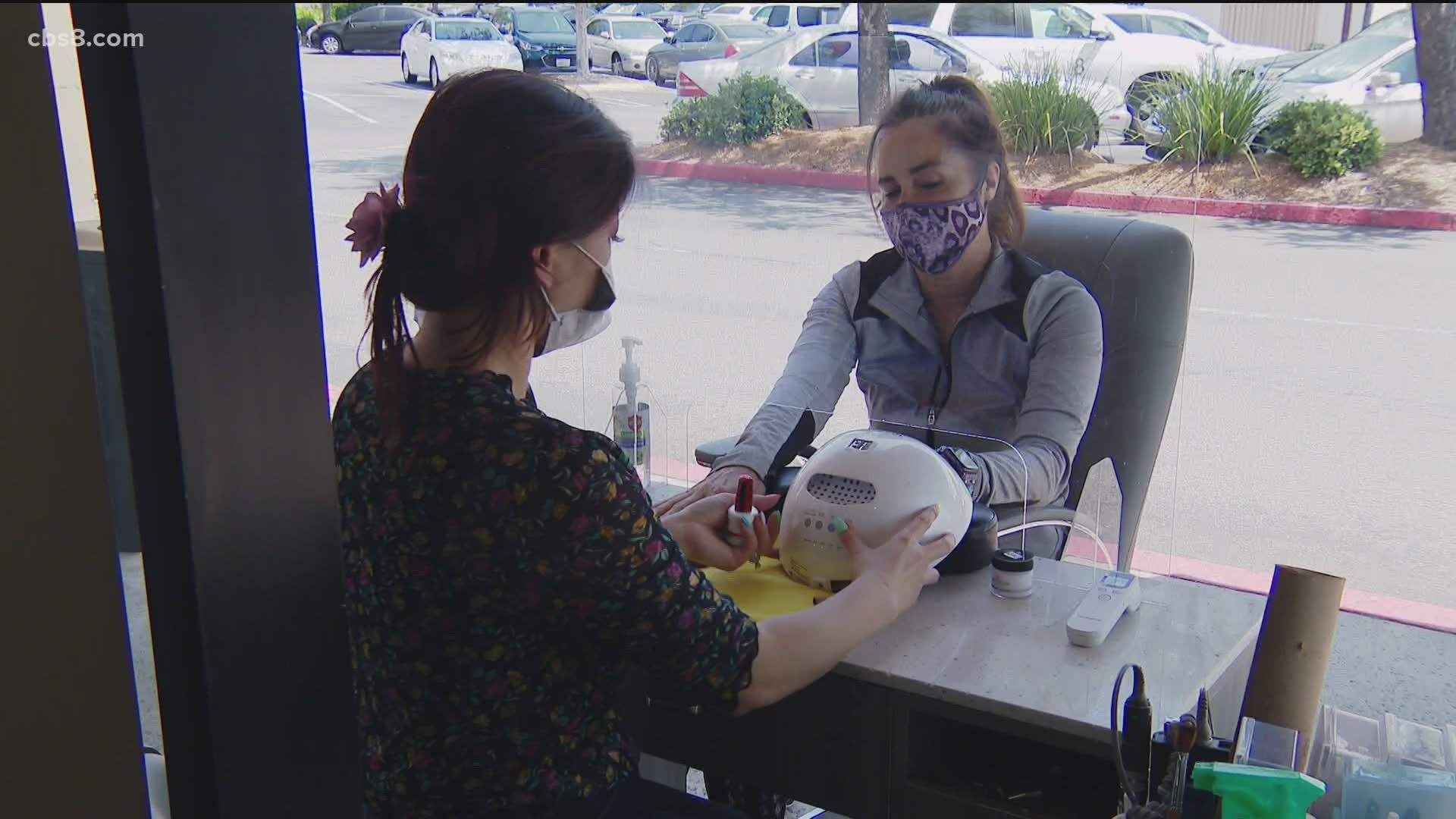 ESCONDIDO, Calif. — Picture a small, lined bucket, a rolling office chair and the hot sun pounding down on your head. It’s not exactly the classic pedicure experience, but small business owners that are struggling to survive are doing what they can to bring in money.

Jeni Daffern worked hard to nail the perfect spa experience for her customers, so you can imagine her disappointment with the primitive sidewalk set-up she’s been forced to create.

“This is not the way it's supposed to look,” Daffern said with tears in her eyes.

“Who wants to pay for this?” Daffern said sitting next to her makeshift outdoor setup. "Who wants to sit in the heat - 99 degrees right now - doing this?”

The state forced all nail salons in the county to close in March, allowed them to reopen in June, then told them they had to close again in July. Now Daffern can to re-open again, but all services have to be done outside.

“I'm not giving up, but I'm scared," said Daffern.

Daffern opened the salon two years ago and was just building her business when overnight, her income dropped to nothing. Hoping for the best, she continued to spend money to make things safer for customers, including plexiglass shields and curtains hung between chairs. With all the extra precautions she’s taken, Daffern doesn't understand why there can't be some compromise to help small businesses that are doing things the right way.

Joyce Brandon is a longtime customer who appreciates all that Daffern has done to make her customers feel special. On Tuesday, Joyce came to Daffern's spa to let her know she's special too. Brandon paid full price for a basic pedicure, in a small chair, in the heat.

“I don't care,” Brandon said of the primitive conditions. “I said 'put my feet in a bucket. Anything to help you out.' Big deal. Who cares.”

Brandon wants to make sure that Daffern's business is still around after the coronavirus is gone and clearly she's not alone. It was Daffern's first day back open and she was completely booked.

Now Daffern just hopes government leaders don't think this is a long-term solution and that she can re-open inside soon.

“It's been rough, but I come from nothing so I'm going to hang on to it until I couldn't," said Daffern.