Like many small businesses, San Diego Gymnastics has been hit hard financially due to the coronavirus and recently received an eviction notice. 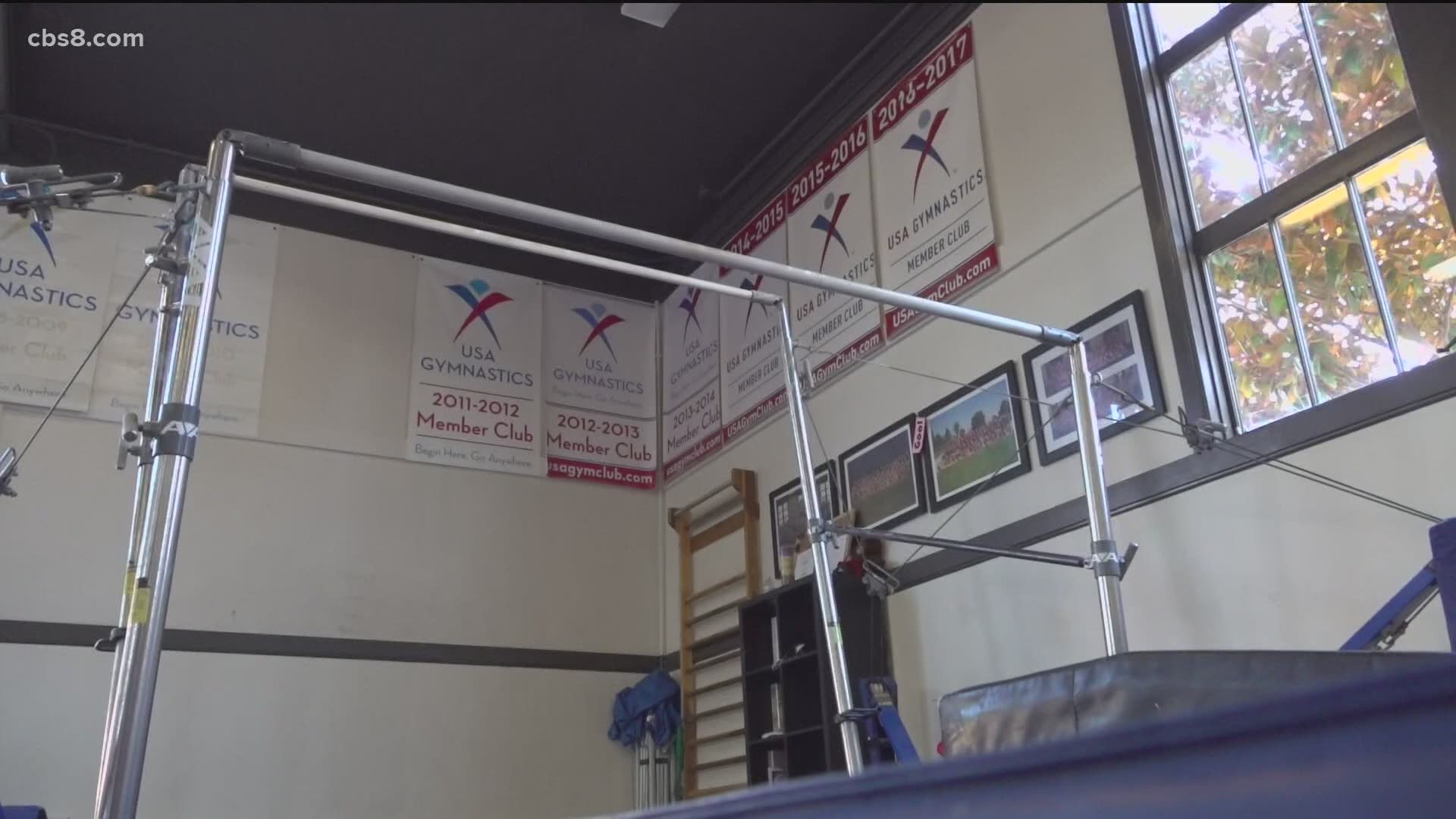 Small businesses in San Diego continue to feel the effects of COVID-19 with some having already been forced to close their doors while others are barely hanging on.

Originally legislation was passed to protect commercial properties during the pandemic, however, those laws have since expired. As a result, businesses like San Diego Gymnastics are now being threatened to pay up or get out.

“It’s so inhumane. It’s so mean. It’s so unprofessional the way that it’s going,” said the business’s owner Christina Grady.

Grady owns San Diego Gymnastics located in Liberty Station which has been open for 12 years.

"We were one of the first people that came to Liberty Station when it opened, and we feel like we are a part of the foundation,” she said.

Like many small businesses, the gymnastics studio has been hit hard financially due to the coronavirus.

"We are operating at an extremely reduced capacity, but all of those bills not only piled up for the three months, but they are expected to be paid now at 100%,” Grady said.

A few days after the moratorium expired for commercial properties, San Diego Gymnastics received an eviction notice. The building is owned by Tower Investments, a company based out of Sacramento. Grady said the company has not been willing to work with her on a payment plan.

News 8 reached out to Tower Investments and received the following statement from its attorney:

“We repeatedly requested financial information from the tenant seeking her cooperation to amicably resolve her concerns related to COVID, as we have with our other tenants.  For whatever reason, despite dozens of requests, she refuses and instead demands that we agree to her terms without the benefit of the facts. We remain willing to work with her, but we can’t help her if she refuses to help herself.”

According to Grady, she is requesting rent release for the three months they were closed and has provided information showing financial hardship through her corporate financial documents. She said her landlord’s attorney then went as far as asking for her personal financial information which her attorney has said is outside the scope of what is legally required.

Grady said because she had to retain an attorney, that has cost her an additional $5,000 a month making it even more unrealistic for her to come up with the money.