'We need to get back to work': San Diego leaders urge county government to open more businesses

Currently, California is in Governor Newsom's phase two portion of his plan to reopen the state. 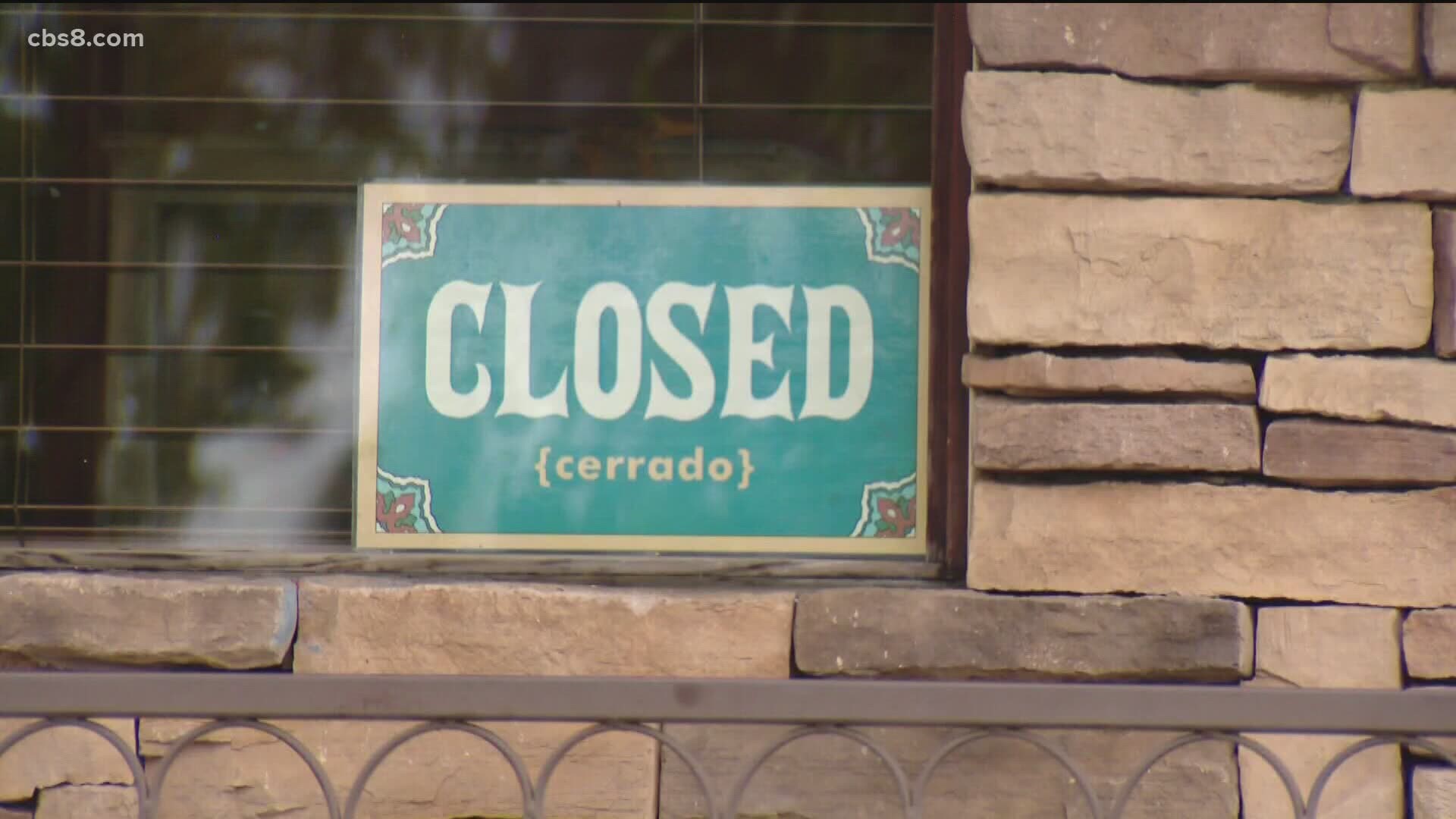 SAN DIEGO — Just a day after the county voted to approve a guideline for some businesses to reopen, a handful of local leaders asked the state for even more types of businesses to get back to work.

In a release detailing Councilman Sherman's announcement, it reads in part:

“San Diego residents have done their part to flatten the curve and ensure hospital capacity would not be overwhelmed. Our region has followed every order and request asked by government and health officials to protect fellow San Diegans.”

Mayor Jones said county leaders need to work together to get people back to work safely.

"All businesses in the state and county are essential, not one is to be left behind -- small businesses are in danger of closing and never opening again. Curbside pickup is not enough," Jones said.

“I appreciate the strong efforts of the Governor to flatten the curve of this dangerous virus,” said El Cajon Mayor Wells. “But now is the time to give local governments more control to safely open up our economy.”

Founder of Phil's BBQ, Phil pace, said "my employees are afraid and we need to get back to normalcy so that they are healthy and of sound mind – I want my people to come back the same way they left."

“The individuals with the best knowledge of the situation on the ground are the elected officials who live in the same neighborhoods as those who are currently locked down. We need more local control,” said Councilman Sherman.

Currently, California is in Newsom's phase two portion of his plan to reopen the state. That means that certain businesses like -- book, clothing, toy and sporting good stores would be allowed to reopen for curbside pickup only.

However, Newsom didn't mention what this would look like and instead said he would unveil that on Thursday.

That's why the county government went ahead and passed a framework of guidelines for businesses to adopt to make sure that customers and employees are safe and that they follow sanitation mandates and physical distancing.

This would all need to be in place by Friday, but county leaders expect to hear more about if their framework meets the state's standards on Thursday.

It's not just Sherman and others asking for more businesses to reopen, the East County Chamber of Commerce wrote the following letter to other local leaders.