A small business owner said he followed the government's instructions to keep paying employees while his company is closed, but now, he has nothing to show for it. 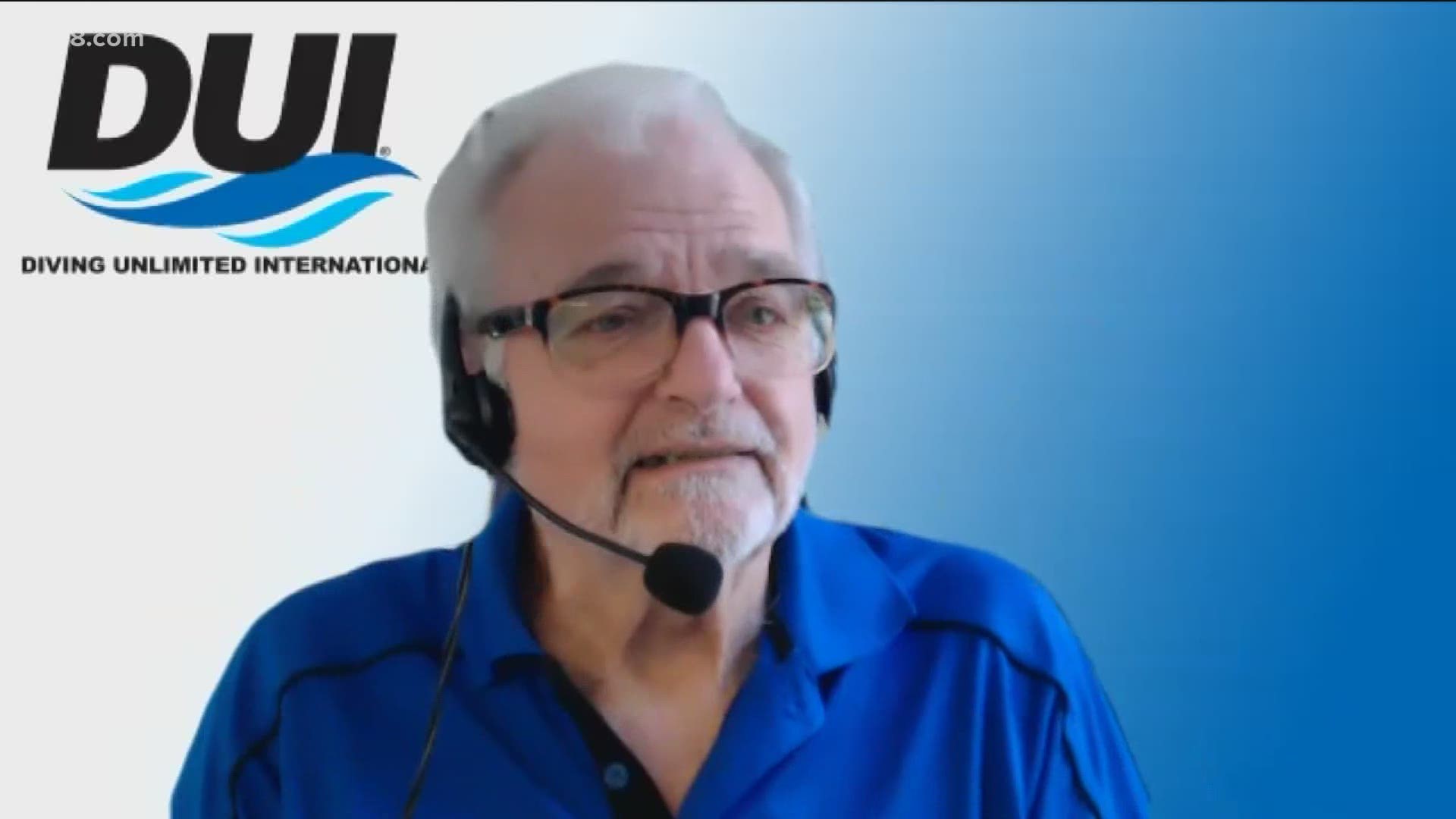 SAN DIEGO — A San Diego small business owner said he followed all the government's instructions and kept paying his employees while his company closed, but now, he has nothing to show for it.

Diving Unlimited International, or DUI, has been a San Diego County-based company since 1963. Now, it is operating with a third of its staff to make specialty diving equipment for first responders, the military, and actors. However, as company savings dwindle to pay employee salaries, the business owner said he will soon be forced to layoff staff.

“How am I going to take care of my employees? They have families,” said Richard Long, the owner of Diving Unlimited International in Golden Hill.

Desperate for answers, Long has been paying his 51 employees during the entire stay-at-home order.

"My goal is to keep our people employed. This worries me and places a huge burden on my shoulders. I can’t sleep at night thinking about this. I told my staff I’d be able to pay them [since I was] counting on the loan,” Long said.

"It took 30 hours before they could even accept our application. I had my Chase bank help me, and the system got overloaded,” Long said.

Long said he was floored when big companies, such as Ruth's Chris saw the federal aid early, even though that establishment returned its loan. In tear,  Long said he will be forced to layoff staff soon.

“I'm sorry. I've been trying to write a letter to them explaining what we’ve been through, but it’s so hard being in this position with no help,” he said.

Friday could be the day that Long said he will have to make the difficult decision to cut staff as his company savings will no longer be able to cover the payroll and supplies. As employee status is in limbo, Long said multiple orders from U.S. Border Patrol continue to roll in requesting equipment.