Some job sites may not have any women. However, what if the construction team was all women? 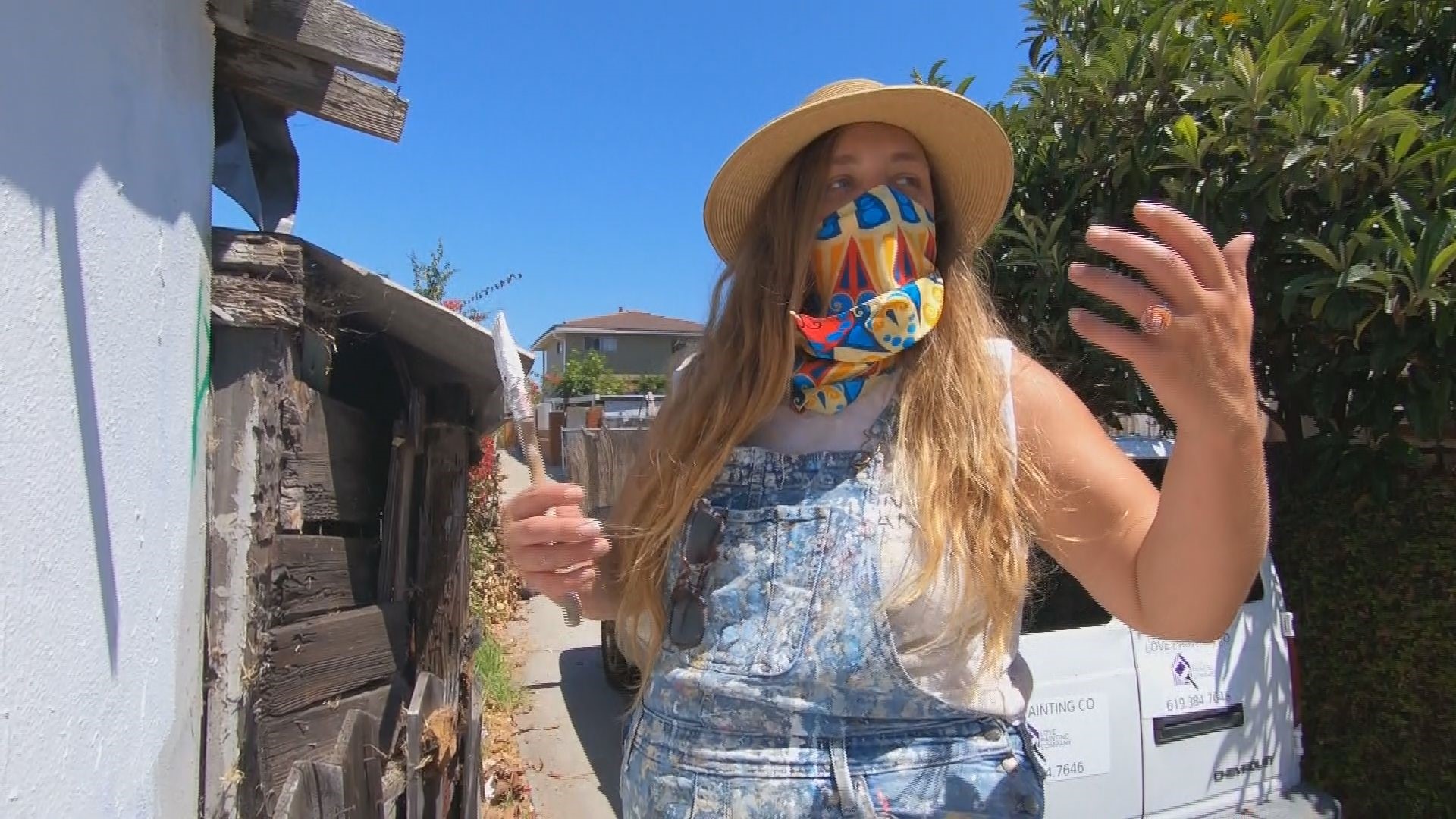 SAN DIEGO — At a typical construction site, Melody Guzman might be the only woman on the team.

“You know, everybody says somebody’s got to do it, but we’re all somebody,” said Melody Guzman, the job site manager.

According to OSHA, only 9% of construction workers are women as of 2010. The Bureau of Labor Statistics said women now make up only 9.9% of the construction industry in the United States as of late 2018, calling women "substantially underrepresented."

However, it’s a different picture in a South San Diego neighborhood near National City. Guzman, an artist, is patiently applying white paint to the side of a vandalized home alongside Kelly Forbes.

It all started when Forbes felt like she was being treated like just a drop in the bucket of a male-dominated industry.

"I had full truck, full tools, all the skills, had been painting for over 10 years -because I started as a teenager - and I was making $10, sometimes $15 less per hour than the men in the field,” said Forbes.

So, Forbes took matters into her own hands. She created LOVE Painting Company, a San Diego painting and construction business that employs women, including fellow single moms.

“As a single mom, it’s also challenging, but it’s very flexible to be able to run your own business," said Forbes. "I don’t know any other way we’d be able to make it besides do that.”

Forbes said each employee starts at $20 per hour.

“You need to have a living wage in San Diego,” said Forbes. “It’s not just all about us making profits. It’s about creating a culture and creating an environment where people can thrive and they can have good jobs.”

Forbes said her company works on residential and commercial properties using environmentally-friendly materials, like low or no VOC paints. According to the United States Environmental Protection Agency (EPA), VOCs include a variety of chemicals, some of which may have short-term and long-term adverse health effects, including headaches and liver damage.

The Massachusetts native understands her business model is unique.

“That’s something that gets lost sometimes in society today where everything is so technology-focused,” said Forbes. “There’s a direct connection to the human spirit with going physical work and so I think we find like a lot of joy in doing that and it’s extremely empowering.”

“I used to be an IT professional [and] work in the office a lot,” said Guzman. “I just after four years of doing that - it was actually my career - I just couldn’t do it anymore. It just didn’t feel natural to me.”

It’s not just about the job. LOVE Painting Company will beautify local nonprofits and vandalized neighborhoods with donated paint.

"We give back to the community, so that’s what we’re doing here today,” said Forbes. “It makes you feel super warm.”

Guzman and Forbes are painting over a less-than-ideal house wall that’s been covered in graffiti.

“So, we’re just starting the process,” said Forbes.  “We’re just cleaning up this graffiti and then what we’re actually going to do is put a little mural on here. It’s going to be a mermaid with a big message.”

They hope to complete the volunteer project in mid-August.

“It makes you really feel great when you’re in something beautiful,” said Forbes.

The company currently has four employees. You can learn more about LOVE Painting Company here.