Some San Diego restaurants open for dine-in, but not everyone is comfortable with the idea

San Diego County has been given the green light to move further into Phase 2 of the state's reopening plan. 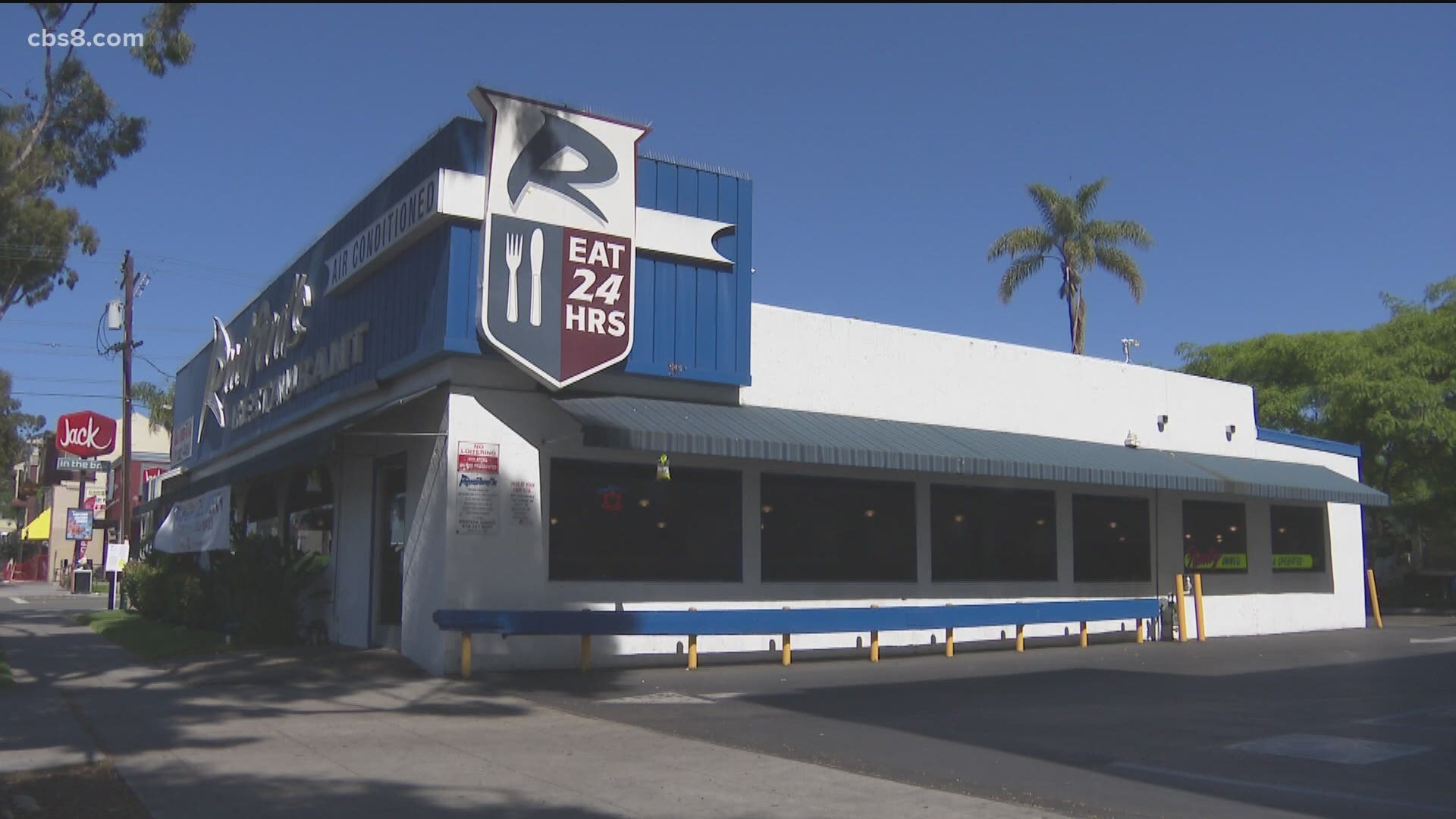 SAN DIEGO — After being closed down for several weeks, many businesses across the county are getting ready to open their doors this week. San Diego County has been given the green light to move further into Phase 2 of the state's reopening plan.

Rudford's Restaurant on El Cajon Boulevard in North Park has been there for 70 years and the only time they've closed was when John F. Kennedy died, and that was for three hours so people could watch JFK's funeral service. This pandemic has been their biggest challenge, and they recognize it’s going to take awhile before people feel comfortable.

They have remained open through Governor Newsom's stay-at-home orders with to-go and delivery options only, and now they are open for dining inside.

News 8 spoke with Nick, the general manager, about the reopening.

"We're still getting to-go orders -- we've had more to-go orders than dine-in customers today, so that kind of says something. I think it just takes time for people to digest it, they want to feel safe and it's going to take some time for them to feel that way," Nick said.

So as people pick up to-go orders as they have been for nearly ten weeks, some are surprised to hear that they can dine in. The setup is different, people will be at different booths, separated at the counter with hand sanitizer in place. There will also be separate spots for clean pens and dirty pens.

Also people will be asked to use debit or credit cards -- not exchange cash. And of course, face covers will be required, but you don’t have to keep it on while you are eating or drinking.

Many employees were waiting on unemployment and now they are able to be back to work, according to the Nick.

Nick said employees will also be required to wear face coverings. He said the restaurant also has markers in place to keep people up to six feet apart if they are waiting for to-go items.

News 8 also spoke with Shawn, the owner of Cali Comfort BBQ, he said they are not opening for dining-in and said they have a different take on things.

"Our whole business plan is getting people in and celebrating life and doing the things we love to do, like having a full bar on Sunday nights. The last thing we want to do is become mini police, telling people where they can sit and how they can sit or how many times they have to wash their hands -- It's really, really tough. I understand restaurants that need to be open and I hope people go out and support them," he said.

Shawn said Cali Comfort BBQ will continue to operate as they have been for over two months, offering take-out and delivery only because he doesn't want to open the restaurant up and keep people separated.

RELATED: San Diego approved by the state for Stage 2 reopening