Tiger!Tiger! Tavern in North Park is closing permanently due to COVID while across the street, Rudfords says it will defy any new orders to close again. 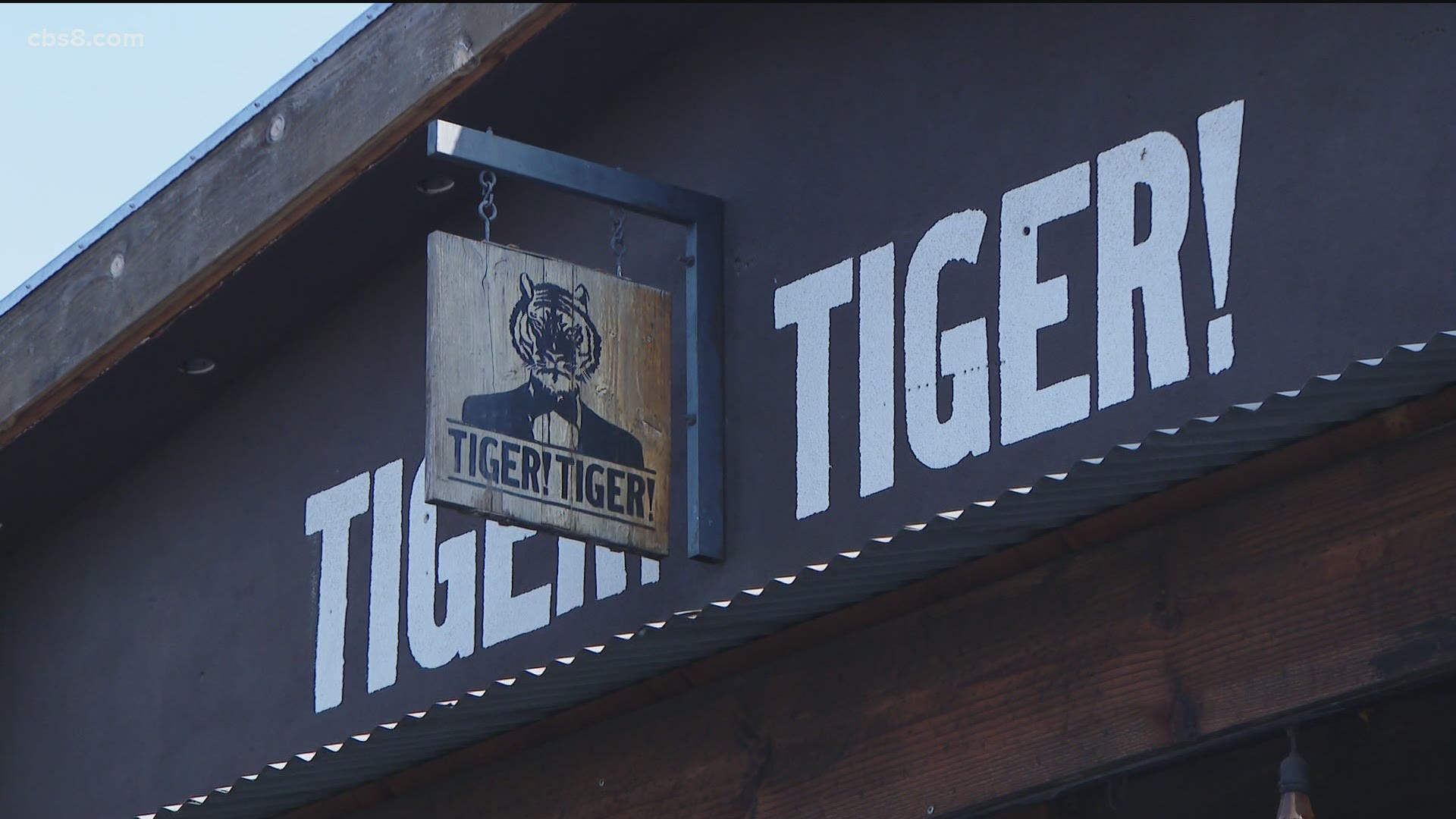 SAN DIEGO — While one business says it will refuse to close if there is another closure, another business taps out for good.

As small businesses struggle with coronavirus restrictions, another neighborhood favorite says he will defy any new orders to close again.

“We are going to defy the order,” said Jeff Kacha, Rudford’s owner.

Rudford’s Restaurant diner in North Park has been on El Cajon Boulevard near 30th Street for 71 years and has never closed, it’s been open for 24 hours each day. Even in the pandemic, they were open for take-out food and they refuse to close again.

“We are backed up against a wall and it's gone too far,” said Nick Kacha, the son of Rudford’s owner. “There is no other choice for us. It's getting to the point where it's fight or flight."

In March, Kacha said they had to lay off 40 of their 46 workers and pay thousands of dollars to adhere to health orders to keep customers and workers safe.

“We are still catching up from March 16. The cost of everything we are throwing money at it, we ran out of PPE money, we're done,” said Jeff Kacha.

The sign outside the diner encourages customers and businesses to stand with them has some mixed reviews, there is one star on Yelp and support from regulars.

“It would be a shame for another business like this to close because so many have been opened a long time faltered and closed,” said Pat McCarthy.

One of the businesses that tapped out across the street on El Cajon Boulevard is Tiger!Tiger! Tavern.

“We thought we could all hunker down for a couple of months, go into some debt and climb out of it later,” said Jeff Motch, co-owner of Tiger!Tiger!.

Pioneer to the brewery culture in North Park, Tiger!Tiger! was a place to socialize. Motch also co-owns Panama 66 in Balboa Park and Blind Lady Alehouse (BLAH) in Normal Heights. He said while they are holding on with those two businesses, they just couldn't make it work anymore at Tiger!Tiger!.

“There was no way to translate tiger into a COVID era business. It wasn't in the cards at all for us,” said Motch.

After eleven years on El Cajon Boulevard, Tiger!Tiger! never reopened since they first shut down in March.

Unemployment in San Diego dropped to just under 10 percent last month but is still higher than this time last year. Blind Lady Ale House still has bills to pay and debt was piling up.

“It's like sitting at the blackjack table and going, ‘I lost a lot of money, I just need one good hand.’ We don't have a good hand, there are no great cards, there is nothing that is going to pull out of this,” said Motch.

While some couldn’t survive others say they are not ready to lock up quite yet.

“This is not a political stance this is about survival,” said Motch.

The state releases weekly COVID numbers on Tuesday and that is when San Diego County will find out if it moves into the Purple Tier and if the governor orders reclosures.

Rudfords Restaurant Diner in North Park has been open for 71 years, 24 hours a day and has never closed and doesn’t plan...