Some people said they've had difficulty reaching the EDD agency by phone or email. 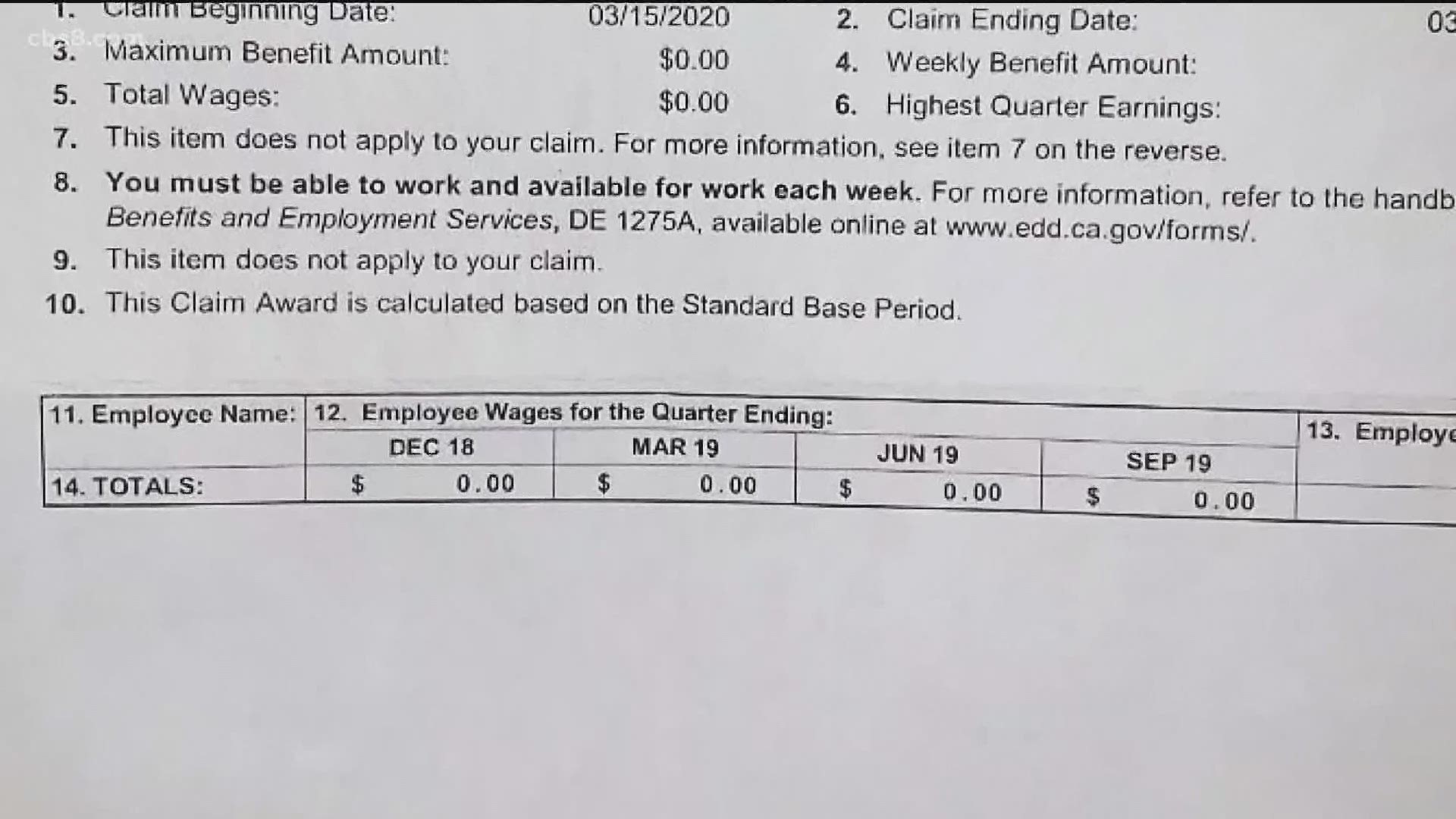 SAN DIEGO — With so many people out of work in California due to the coronavirus (COVID-19) pandemic, it's nearly impossible to get in contact with the California Employment Development Department (EDD).

Former Mira Mesa resident Terence Davis, 43, has been trying for the past seven weeks to get unemployment benefits.

Davis has been living in Tijuana since he was laid off from his job as a service technician repairing industrial kitchen machinery.

“Because of COVID-19, I am laid off because of lack of work,” Davis said.  “Now, I'm at the point of trying to face a homeless situation because of it. I have to pay my bills.”

Davis applied online for unemployment benefits and initially was denied because he had only worked for five months at his most recent job.  He amended claim to include previous employers, but has received no response to his emails.

“The experience has been horrible, I mean, with them not getting in contact with people. I'm a hardworking, tax-paying citizen. So, I've been working over 20 something years of my life, no problem. I feel it's my right to draw my benefits,” he said.

The phone lines are just as bad, according to Davis.  When he called the EDD claim support line, he got a recorded message saying, “We are currently receiving more calls than we have the capacity to answer.”

YOUR STORIES: Your Stories: San Diegans say filing for unemployment is a headache

Another phone line available to speak with a live person is reserved only for general questions. The EDD workers answering that phone line cannot access individual case files, according to the EDD website. That phone line – (833) 978-2511 – is staffed from 8 a.m. to 8 p.m., but hold times are lengthy. News 8 attempted to call that phone number and waited 30 minutes before ending the call.

News 8 also reached out to public information officers with EDD but as of Thursday evening, we have not heard back.

“With all the billions of dollars that's coming through the state, I mean come on man, it's only pennies that I'm asking for.  I’m just trying to survive and it's money that's owed to me,” said Davis.

RELATED: Why go back to work if you can make more money collecting unemployment?