California's Employment Development Department said along with Bank of America it temporarily suspended about 693,000 claims while it investigates fraud. 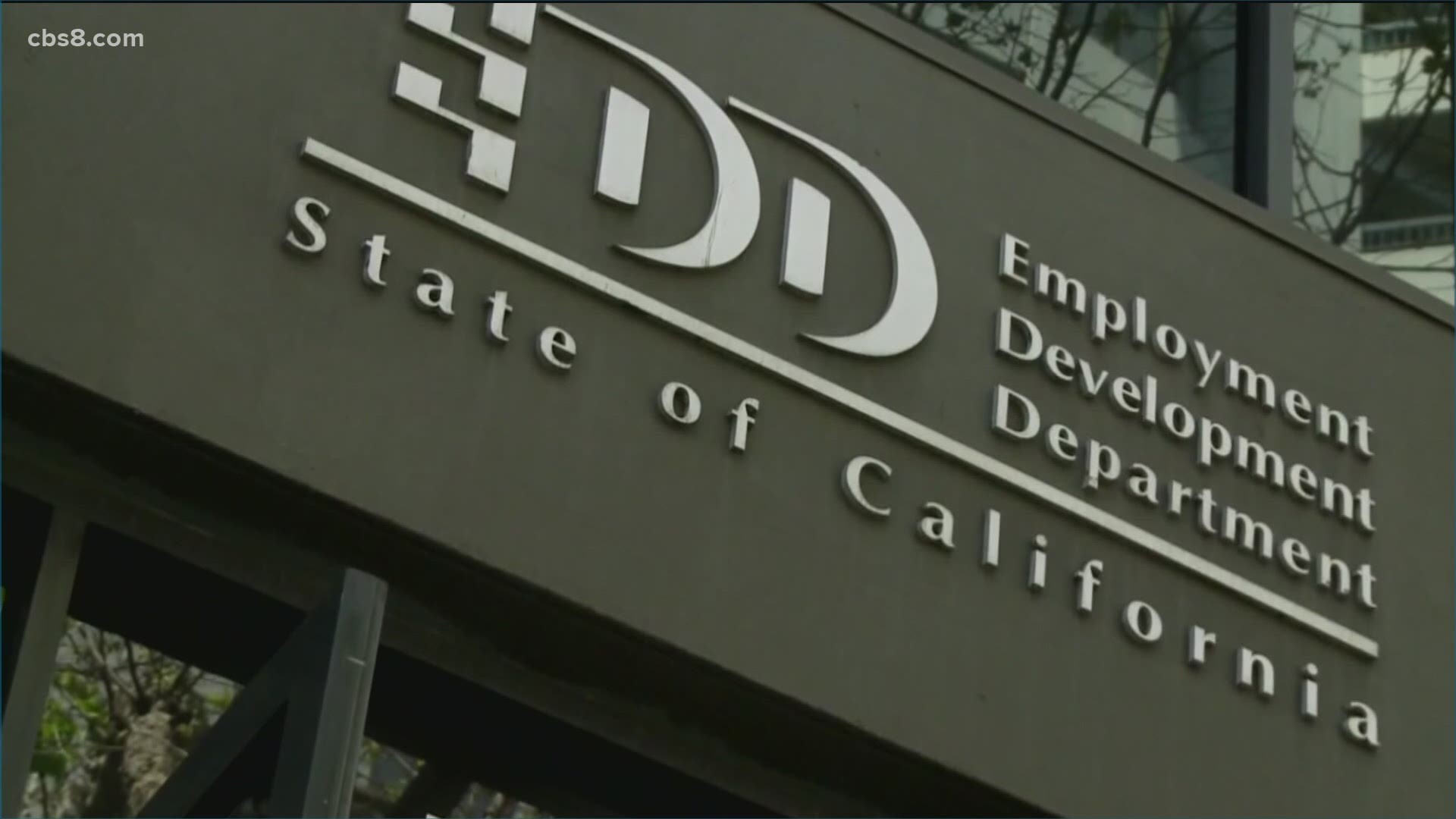 SACRAMENTO, Calif — Several viewers have reached out to the Dollars and Sense team in the past few weeks with questions, after finding their unemployment debit cards locked.

Now, we are getting a better idea of why it is happening, but how many actual people it affects is not clear.

California's Employment Development Department (EDD) told a State Assembly subcommittee, this week, that it had worked with Bank of America to temporarily suspended approximately 693,000 claims as part of its fraud efforts. Bank of America issues the debit cards that people use to access their unemployment benefits.

EDD said the claims were identified because they matched an "unusually high volume of claims associated with single addresses and met other fraud indicators."

People across the state have reported receiving dozens of letters from EDD at their address but without other people's names on them. EDD believes these are cases of fraud and has asked people to report it.

RELATED: What to do if you’re getting fraudulent letters from EDD | Dollars and Sense

The 693,000 claims that were temporarily suspended are part of EDD's investigation into those multiple letters and other fraud attempts.

The suspended claims include 377,500 debit cards that were sent out and payments were received. Another 315,500 claims never received a payment and are now being reviewed by EDD.

What to do if your EDD debit card is frozen

We've heard from several viewers who have texted in to say their EDD debit cards were frozen. If this happens to you, you will likely need to verify your identity with EDD.

EDD says it reached out to all of the names associated with the 693,000 claims to ask for documentation to verify identity. EDD plans to send follow-up emails, texts and phone calls to identify legitimate claimants.

"If you haven’t already previously provided EDD copies of your identity documents we're going to need them if this situation applies to you," said EDD spokesperson Loree Levy.

While we don't know how many legitimate people have had their accounts frozen, EDD reported on Wednesday that it had received documents from 29,000 people so far. EDD said it hopes to resolve their claims over the next 5-7 days.

"We have a new upload document feature in our UI online system, so we encourage people to please use that so we can get those documents," said Levy. "And then we can expeditiously process that and return you to payment status once we're able to verify your identity.

EDD said its new ID.me identity verification process, which it launched on Monday, will help it better authenticate new claims and fight fraud in the future.

If you have been frozen out of your EDD debit card account or have a question about unemployment in California, you can reach out to the Dollars and Sense team. Text us at 916-321-3310.