Unemployed workers cut off from payments as they appeal notices of incarceration. 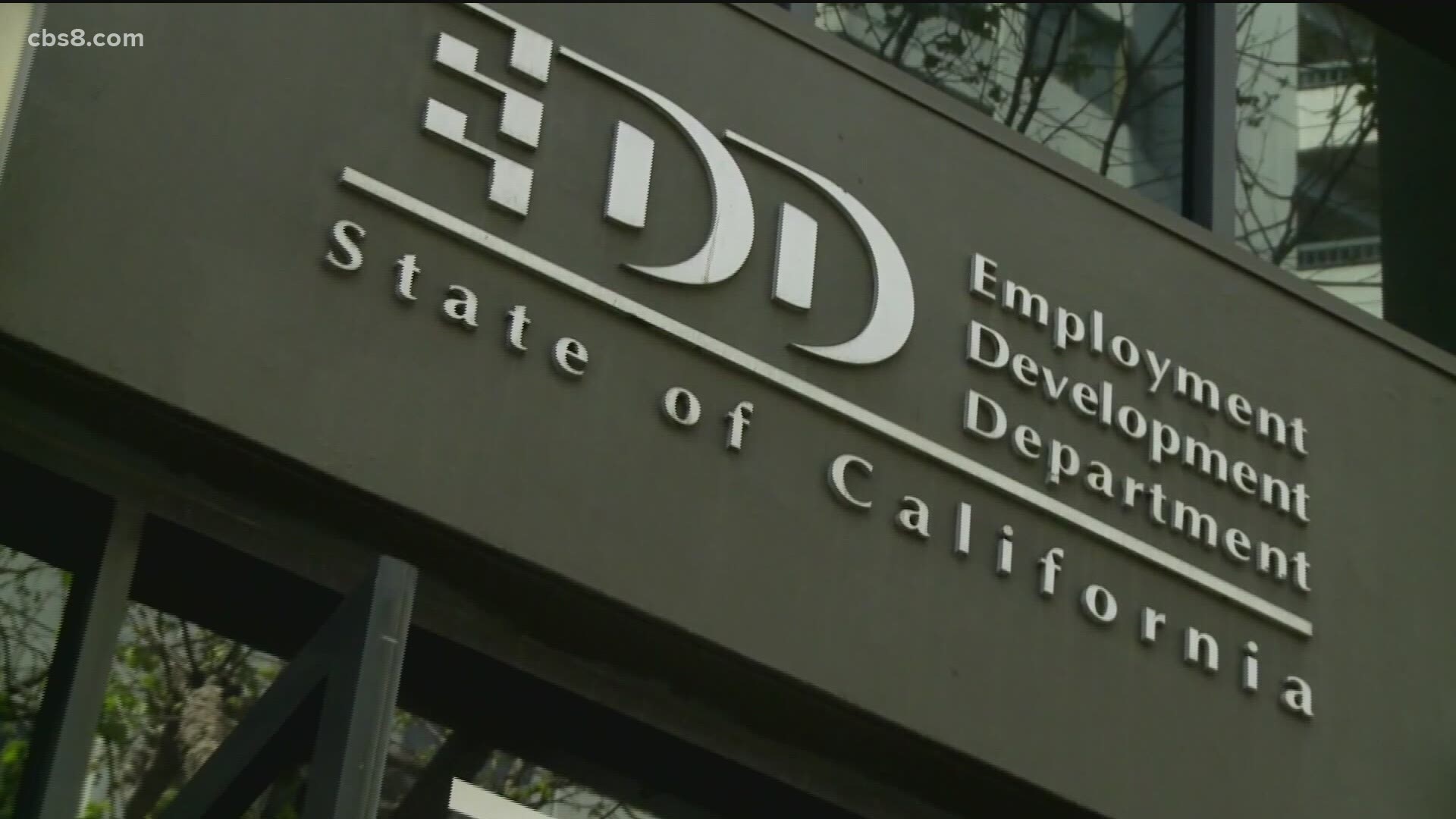 SAN DIEGO — News 8 continues to receive emails from unemployed workers who have received letters saying they are incarcerated.  The problem is the workers are not in jail.

The notice letters came from the California Employment Development Department and informed the claimants they were ineligible to receive benefits.

“They say that I was incarcerated, which is not true,” said Gregory Gallagher of Northern California.

Unemployed workers all over the state received the “Notice of Determination” letters informing them that, “You are not eligible to receive benefits” and “You cannot work because you are incarcerated.”

Carlsbad resident Eric Munoz was one of five workers who contacted News 8 in recent days.  All received the same letters.

Munoz has never been in prison.

“They told me that I was in jail and incarcerated and that's why I got the notice of disqualification,” Munoz told News 8 during video Zoom interview from his living room.

“I didn’t need to hear I was incarcerated when I wasn't.  That was an absolute stunner for me,” said Munoz, an unemployed planning consultant.

“It said that I was incarcerated, and I was kind of blown away.  How could they make that mistake and get me confused like that?” said Gallagher, the Northern California resident.

Both men were told they had to file an appeal, a process that can take up to three months or longer to resolve. Meanwhile their benefits were cut off.

“I’ve paid into the system for such a long time and done my share, and it's supposed to be an insurance program.  Well, it was extremely frustrating,” said Gallagher, who worked as a self-employed contractor for custom gates.

The newly hired director of EDD, Rita Saenz, was asked about the incarceration notice letters during a conference call last week.

“We know that there are gaps in some of the fraud tools that we're using,” Saenz told reporters.

Saenz said the agency recently hired an outside security firm to flag fraudulent claims filed by prison inmates.  In an effort to weed out fraud, some legitimate claimants received notice letters by mistake.

“I can't imagine being in a situation you're already having trouble and then somebody says you were in jail and you weren't.  I don't know how that happened either and we're trying to get to the bottom of that,” said Saenz.

EDD managers apologized to claimants during the conference call and said they were working to reinstate the legitimate claims.

The managers said, in some cases, the legitimate claimant may have had their identity stolen by a prison inmate.

News 8 reviewed the criminal records of the unemployed workers who contacted us. None had been to prison, though some had spent time in county jails years ago for various offenses, which should not have affected the workers' unemployment claims during the pandemic.