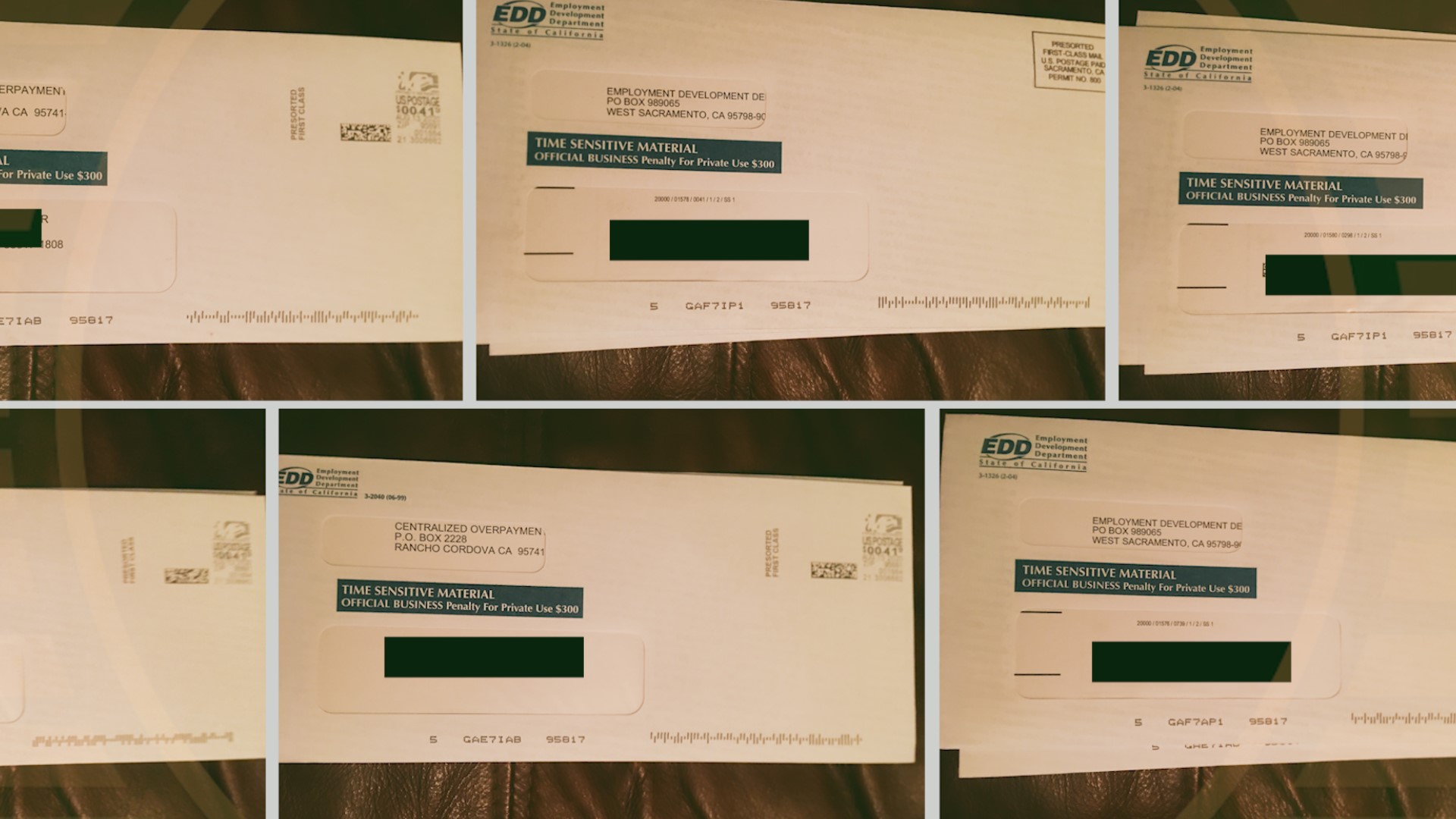 SACRAMENTO, Calif — California's Employment Development Department [EDD] said it is making some changes after people across the state reported receiving mail from EDD that was not theirs.

In a new statement, EDD says "these situations are believed to be fraud."

Staci Endicott is one of the people who received the fraudulent letters. She told ABC10 last month that she got over ten letters from EDD, addressed to people who didn't live at her home.

“They were to different people, but it all came to my address,” Endicott said. “My address was on the envelope and they all came from different processing centers too. On the outside where it says processing center is, some of it looked like it could’ve been their acceptance or denial letters. A couple of them were payment. And one envelope had, you can feel, like, it was their card where they can go and get their payment."

At the time, EDD said it was investigating. Now, the department says it believes cases like this are a fraud. The EDD believes scammers will use someone's address and "try to intercept, redirect, or gather mail associated with these claims," it said in a news release.

EDD said there may be legitimate reasons for several different people to have the same address, but it is now working to identify patterns and shut down multiple claim situations.

What to do if you receive the fraudulent letters

If you receive mail from EDD that is not yours there are two things you can do.

The 'Return to Sender' option will also work for debit cards that have not yet been activated, and arrive with a Tennessee address on behalf of Bank of America.

You can also report fraud on EDD's website here.