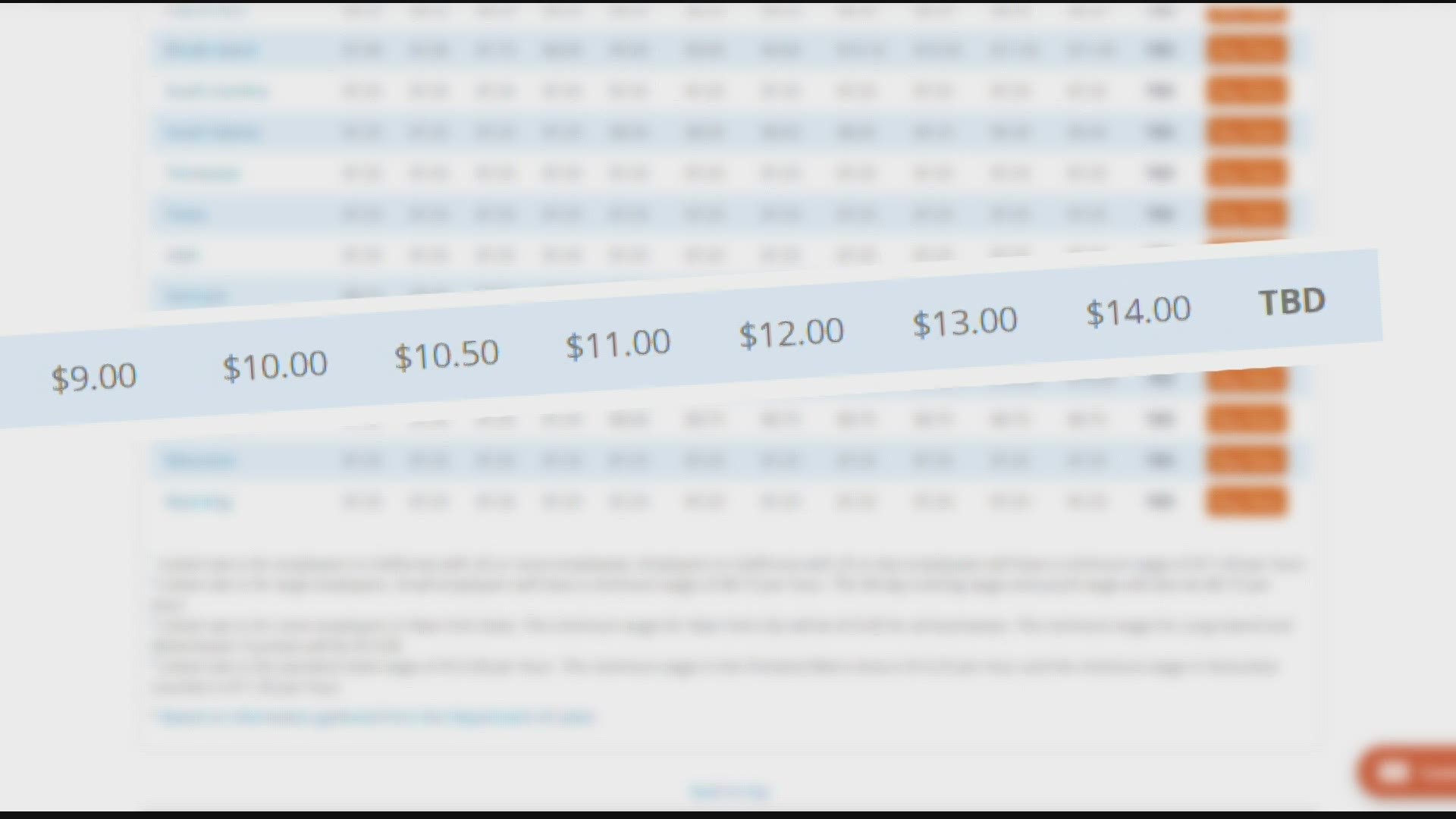 SAN DIEGO COUNTY, California — With the new year, comes new requirements for businesses in San Diego County. The minimum wage has been increased to $14 per hour but some say the timing couldn’t be worse because of the pandemic.

Most small businesses are already trying to stay afloat financially and now they’re facing another challenge: paying their employees California’s new minimum wage which was increased by a dollar.

According to the Labor Law Center, 21 states including California, will have a higher minimum wage in 2021.

Dr. Yana Rodgers, an economist who is also the director of the Center for Women and Work at Rutgers University, believes the increases will benefit millions of workers.

But how will businesses in San Diego County handle the wage increase when many are already struggling financially during the pandemic?

“We support increases to the minimum wage but I think it’s trying to find the happy medium right, where restaurants and businesses can survive. We obviously know that it’s good for the economy but right not it’s difficult to figure out how to juggle everything,” said Cesar Vallin, a Managing Partner at Cloak and Petal Restaurant in San Diego’s Little Italy neighborhood.

“Most of us have planned for it and it means doing away with something else. Or in some cases, it would mean cutting back on everybody’s hours a little bit to try to fill the void. It’s not like most of these businesses are making any money at all,” said Denny Knox, the Executive Director for the Ocean Beach Main Street Association.

Governor Newsom declined to temporarily hold the wage increase earlier this year, saying it would only make life harder for Californians who have already taken on a lot of financial hardship during the pandemic.

Some of Newsom’s critics say the state should have done more to help businesses during the pandemic and holding the minimum wage increase would have been a good first step.

Still, businesses across California will have to buckle down once again to keep their heads above water.