Each person told WCNC Charlotte the mistakes cost them time and money, in some cases even after the issue was resolved. 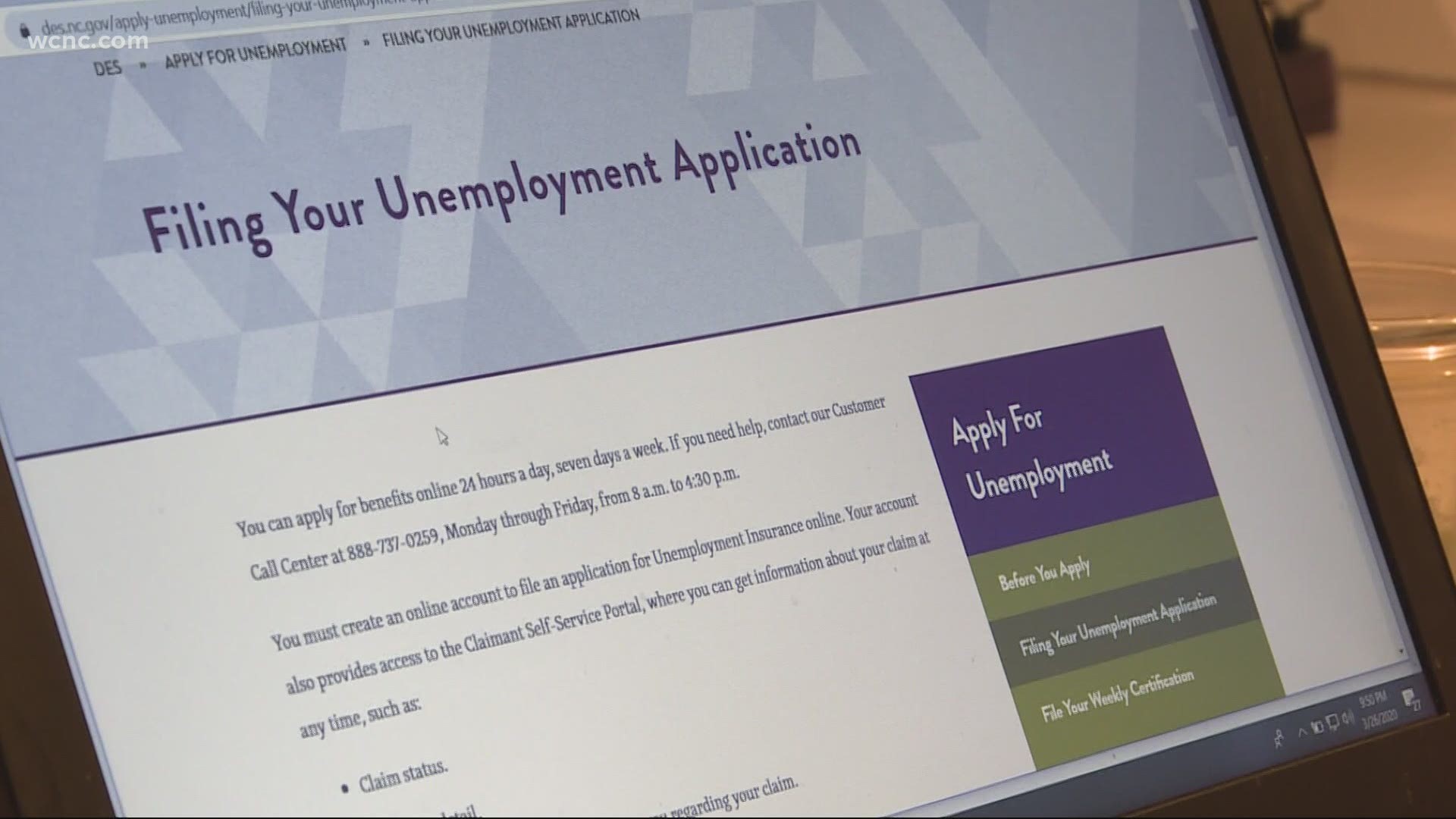 CHARLOTTE, N.C. — A WCNC Defenders Investigation is uncovering a troubling pattern with unemployment systems in the Carolinas. Many people have reached out to WCNC, saying simple errors on their accounts are leading to major delays.

While some people have said it was their simple mistake that led to a major delay, others said unemployment agents made the errors. Even after the issues appear to be resolved, many said they still haven’t received payments.

For some people, it’s meant debt or even eviction.

When they went to find answers, they said they found different errors with their accounts, instead.

"They escalated my case to a supervisor three separate times," Richardson said.

Richardson said her employment history was incomplete because of a miscommunication between her employer and the state. She said the error was rectified.

Alton Barrett said it took him months to find out that an agent for the department of employment security had made a mistake on his claim.

"They processed it as if I was self-employed and that was not the case," Barrett said.

Lakeisha Douglas said after losing her full-time job, she was doing just fine with the Pandemic Unemployment Assistance program until an NC Division of Employment Security Commission representative told her to switch to regular unemployment benefits.

"When that went through everything was thrown out of whack, it stopped the PUA," Douglas said.

So instead, she started receiving much lower payments from regular unemployment tied to a separate “part-time” job she had also lost — but no benefits for her full-time job.

"The error was not done on my part, it was done their part," Douglas said.

That’s when she said she discovered another big problem — the amount of PUA benefits in her account kept decreasing, even though she wasn’t receiving money.

"If it’s depleting then I may not have anything to withdraw," Douglas said.

Jamesha Huey said she had been certifying for several months, a requirement that updates the state on an applicant’s work status. She said she was denied over 13 times.

Eventually, an agent told her she was making a mistake on her weekly certification.

On August 19, the mother of two finally received a letter saying she met the eligibility requirements — only to get another letter a week later saying she didn’t qualify, with no explanation.

"I was just like, 'Oh my God, I’m about to hopefully get my back pay and everything else,' and got disappointed the next week," Huey said.

Each person told WCNC Charlotte the mistakes cost them time and money, in some cases even after the issue was resolved.

"I’ve worked over 40 years in different jobs, this is the most frustrating," Richardson said.

Douglas said she's tried calling unemployment resources for help, but to 'no avail.' Now, she said, she's out of time to pay rent.

She said with the rest of her savings, she and her three kids are moving to a different apartment.

"I really don’t know what my next move will be," Douglas said.

Barrett said without help from Crisis Assistance Ministry, he likely would have been evicted too.

"By the grace of God, they were able to help me," Barrett said. "If it hadn’t been for Crisis, I very well could have been homeless."

Without answers from the state and nowhere left to turn, the four individuals contacted WCNC for help.

"I’m so happy someone is covering this and getting answers for the people because we need them," Douglas said.