Rents in San Diego are averaging more than $2,200 a month, but the going rate for some units at the Jefferson Luxury complex in Pacific Beach will be $6,000 a month. 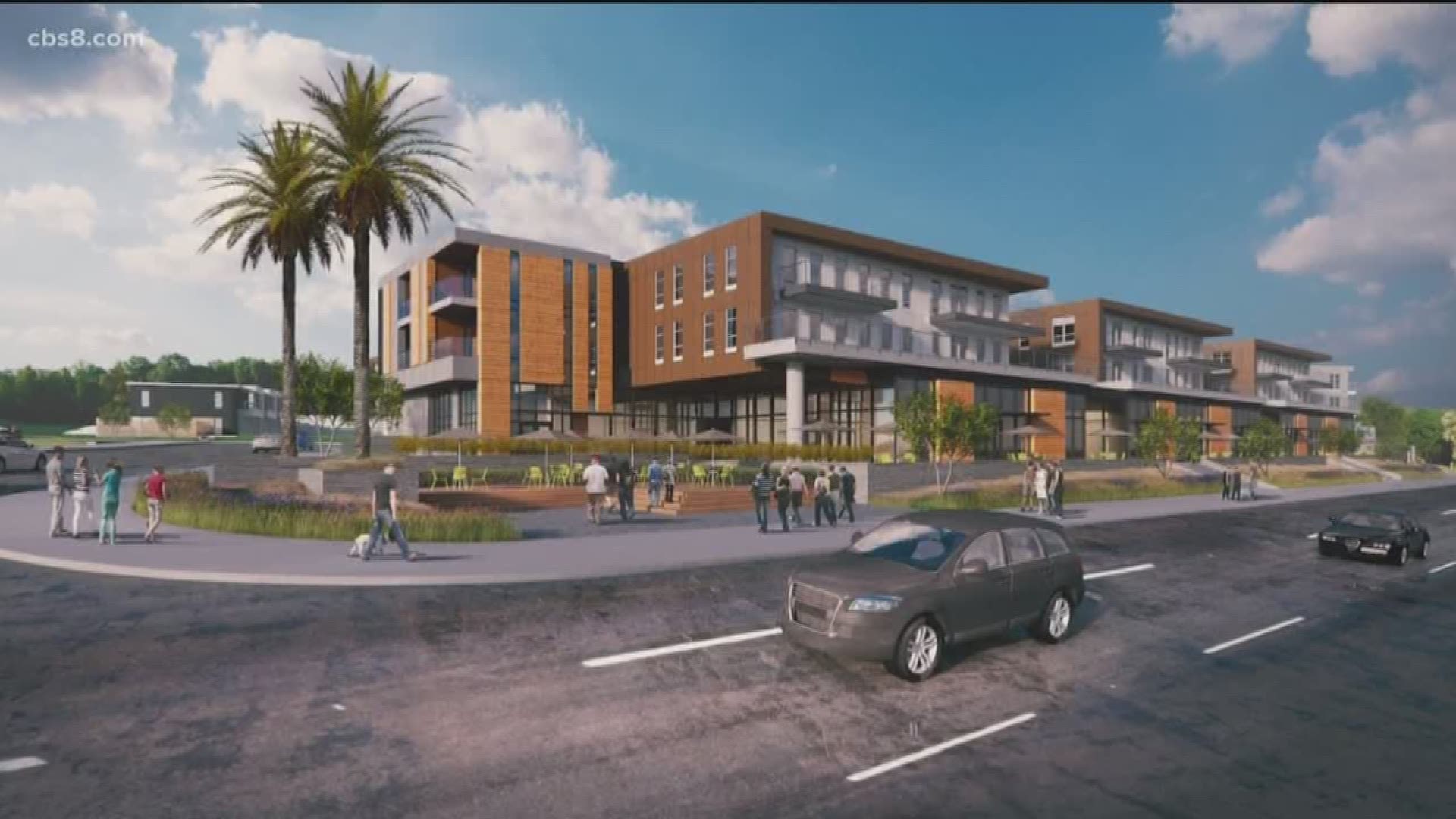 SAN DIEGO — Rents have been on the rise across San Diego, but a new apartment complex in Pacific Beach is setting the bar even higher.

While rents in San Diego are averaging more than $2,200 a month, the going rate for some units at the Jefferson Luxury complex in Pacific Beach will be $6,000 a month.

The near triple the average rent has prompted some to wonder if through-the-roof prices like the ones at the Jefferson Luxury complex are a sign of things to come.

While the luxury complex is still under construction, it is already promising luxury living amenities like: a saltwater pool, a spa, surfboard repair station, and a dog grooming area.

The $103 million apartment complex will offer studios starting out at nearly $2,500 and more than $6,000 for a three-bedroom unit.

Finding those residents willing to spend north of $6,000 for a rental may be a challenge, according to Tonya Hertz, an assistant professor of business sand entrepreneurship at San Diego State University.

“That is a pretty high price for Pacific Beach. That is a high price for anywhere in San Diego! There is definitely a market for it. It is not my market. There will be people out there who can afford it and who are interested,” said Professor Hertz.

Some question whether the Jefferson will set a new bar for what new developments in Pacific Beach and surrounding areas could command going forward. While an eye-watering price, throughout San Diego rental prices in certain neighborhoods seem to be going through the roof.

Hertz said that ultimately, the market will determine what to charge. While San Diego rents are increasing at a stable rate, Hertz said rents in America’s Finest City are still not trending into Bay Area territory.

“We have a great people, great jobs. I don’t think we are approaching anywhere near the San Francisco prices any time soon,” she said.

On Tuesday, the California Senate voted to approve a bill to cap annual rent increases at 5%, plus inflation. The rent cap would not apply to housing built within the last 15 years. The assembly still needs to give its final approval before it heads to the governor for his signature.