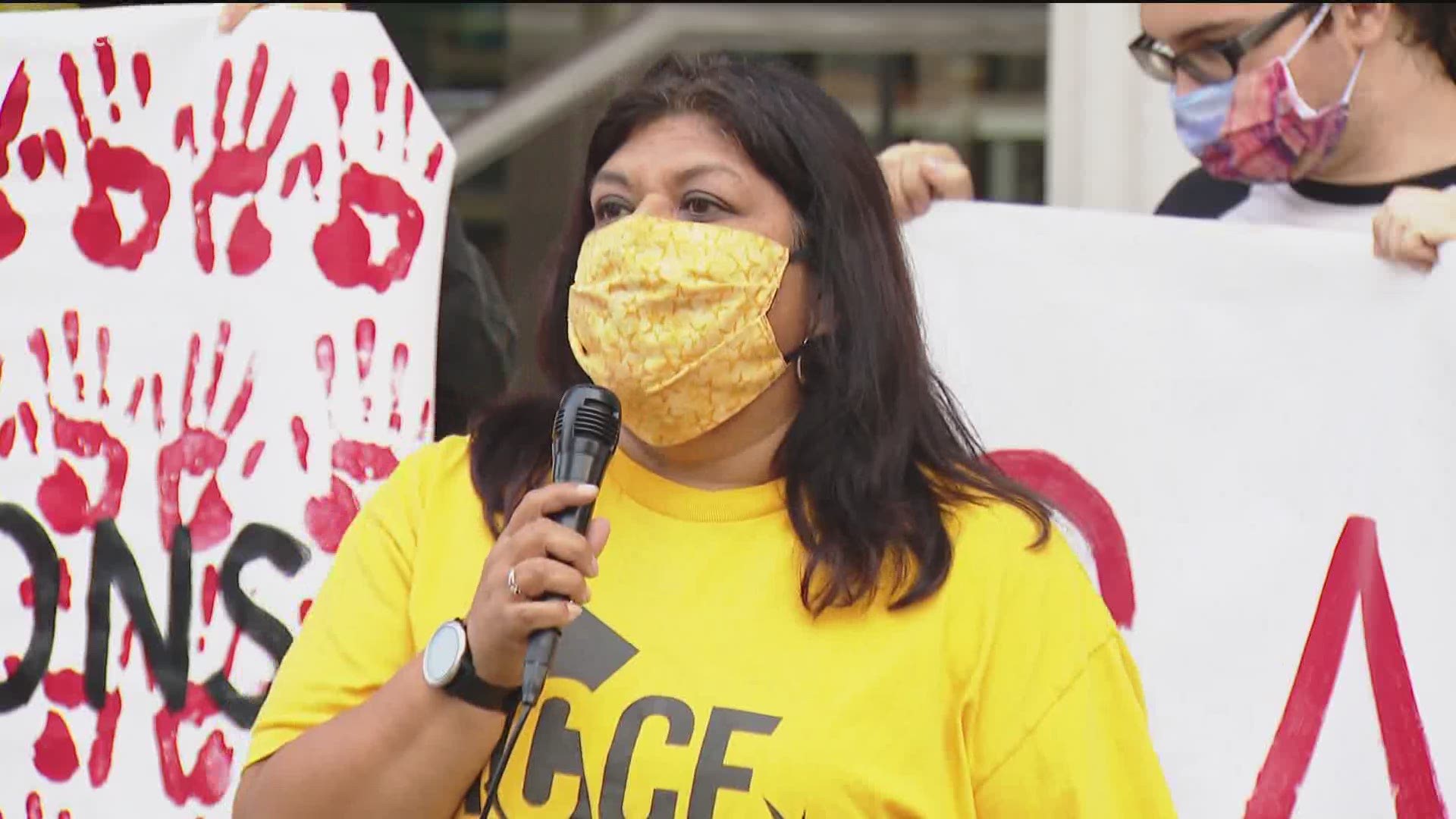 SAN DIEGO — Renters without jobs said they are definitely feeling the pain and uncertainty as they fear the first of the month, saying they don't know if they'll even have a place to live. A couple dozen people rallied Thursday at the Hall of Justice, calling upon Governor Newsom to step in and extend the eviction moratorium.

"For me and my kids to become homeless, it's not right. This is not fair to them or fair to anybody. We didn't cause this pandemic," said single mother of two, Patricia Mendoza.

Mendoza worries about getting kicked out of her home after losing her job in March.

In early August, the state Judicial Council ordered the state’s eviction moratorium end by Sept. 1. Renters are asking Newsom to replace the order, known as Rule 1, with a new rule to stop all evictions from moving forward.

In addition, they are also requesting Newsom and the state legislature pass AB 1436, which is a bill that would prohibit landlords from evicting tenants who cannot pay rent due to the COVID-19 pandemic. That bill would also provide relief for homeowners and small landlords.

"Housing is a human right. We need change immediately. AB 1436 would help a lot of people. We need this passed, Governor Newsom," said Patricia Duran from the Alliance of Californians for Community Empowerment.

San Diego City Council President Georgette Gomez sent a letter to the governor asking for action. At the city council meeting on Sept. 8, the council will vote on extending the time renters have to pay unpaid rent from Sep. 25 to Dec. 30.

"There's the landlord side of things, right? They're not off the hook, and they need to pay their mortgages. We should be able to help both," Gomez said.

Gomez said Newsom has previously had major banks on board to give landlords more time to pay mortgages, and the federal government would have to create a real relief program for renters.

Catherine Mendonca of the San Diego Tenants Union said she has lived in City Heights for the past eight years and can longer pay her rent due to the pandemic.

At the rally, there were props of camping tents placed at the steps of the Hall of Justice with yellow "Eviction equals death" notices on them.

"If we get evicted, me and my children, we're going to be camping out in one of these tents, and that's not what I want," Mendoza said.

Gomez said there was already a high threat of increased homelessness in San Diego prior to the COVID-19 pandemic.

"If we don't address it in a real way, then we're going to have a bigger population ending up in the streets during a pandemic."

"Those same people are expected to negotiate with their landlords who don't have their best interests and are lying to them and not allowing them to push back the rent from being due," said Christina Griffin Jones of Black Lives Matter San Diego.