Tariffs on Chinese imports start on Sunday. News 8 looks at what they will cost you

Sunday will be the first round of tariffs. Almost monthly through the end of the year, the government plans to impose additional tariffs on different items. 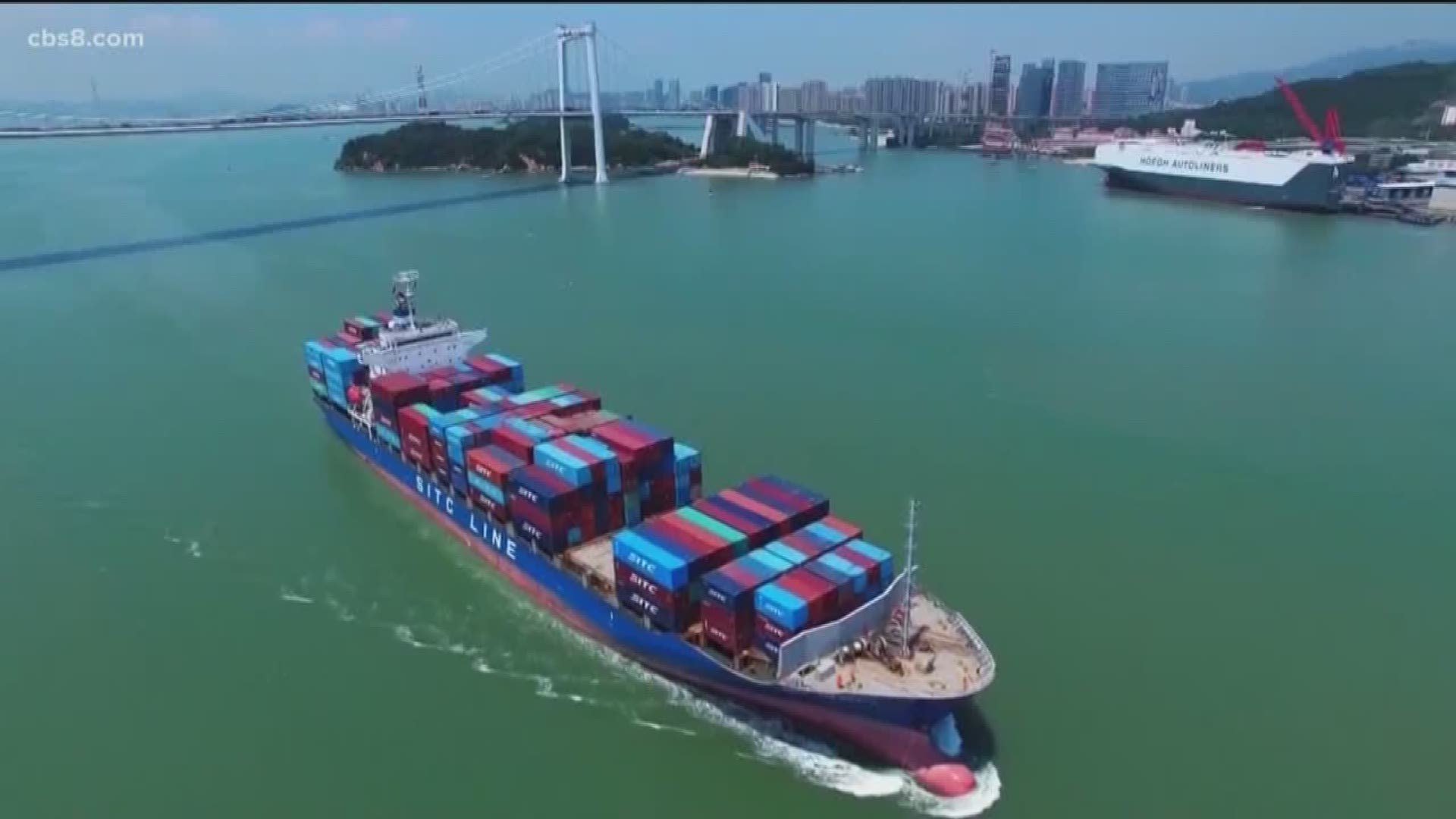 SAN DIEGO — New tariffs start Sunday on $300 billion worth of goods imported from China. The biggest impact could come on clothing. The American Apparel and Footwear Association estimates more than half of all shoes could get hit starting Sept. 1.

What does that mean for your wallet? We will look at a pair of boots.

Starting Sunday, there is an additional 15% tariff that is applied before the markup. This means importers will pay $10 to bring in boots which puts the retail cost at almost $79, an increase of 18%.

However, not everything will go up that much. It depends on how much of an item is made in China.

For example, some laptops are assembled in the United States with parts made around the world. Today, a circuit board might cost around $4 and are subject to a tariff of about 2%. After Sunday the total cost will go to more than $5, but it is a small portion of the total product. One trade group estimates that computers might only go up about 4%.

Sunday will be the first round of tariffs. Almost monthly through the end of the year, the government will impose additional tariffs on different items.

Starting in October, a 30% tariff will apply to foods including for pets as well as personal items like soap and sunscreen. In December, a 15% tariff starts on baby items, household goods and electronics.

We took a look at what that could look like for an iPhone. Tech Insights estimates the iPhone X is made of $395 in parts and retails for $1,000. An extra 15% tax on the parts could add $178 to the price after the markup.

Retailers like Best Buy say tariffs could be immediately passed on to consumers. With the trade partnership estimating the annual cost of the trade war for all goods at around $2,300 a year for a family of four.

RELATED: AP FACT CHECK: Trump's claim that China -- not you -- pays for his tariffs