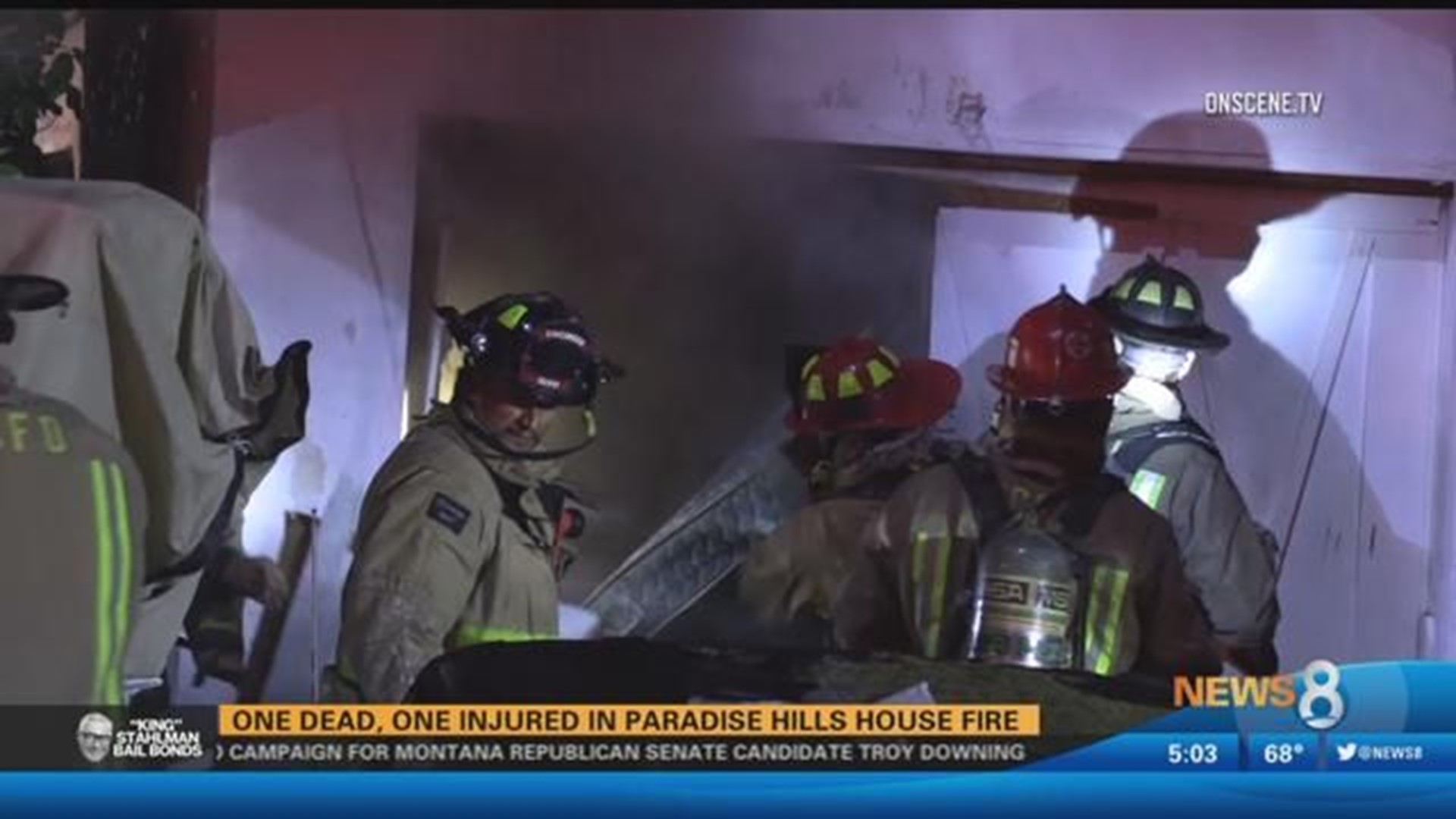 The fire was first reported at 10:17 p.m. in the 2900 block of Calle Cumbre, according to San Diego police Officer John Buttle.

The house was in a subdivision just north of the Route 54 Freeway at Reo Drive.

A neighbor Christina Gomez called 911 after she heard a loud noise on her street Saturday night.

Not long after she saw smoke pouring out of her neighbor's home on Calle Cumbre.

When first responders arrived, the fire was so intense that flames were blowing out the windows.

"So, I kinda of looked out the window and the dogs were going crazy out here," said Gomez. "I [saw] a little bit of fire in my neighbor's front yard."

Once on scene, firefighters worked to rescue two men that were trapped inside the home.

The men were pulled out and taken to the hospital.

According to San Diego Fire, one them died from their burn injuries.

"It took them a while to get them out due to the fact that there was so much smoke in there, said Gomez. "But he did bring them both out and they worked on the gentleman for about 15 minutes."

It took approximately 45 minutes to put out the flames.

The house was later boarded up with several burnt items in front yard.

A small memorial formed Sunday near the sidewalk closest to the house.

Arson investigators determined the blaze was accidental but they haven't figured out the cause.

According to San Diego Fire-Rescue, crews had a tough time getting in and out of the house because of large stacks of newspapers and other items throughout the home.

"Very sad, very sad. My condolences to the families," said Gomez. "[They were] two nice gentleman that were neighbors of mine since I lived here."

Neither of the victims' identities have been released.