A 10-year-old child was seriously injured in a car crash in Oceanside Thursday morning. 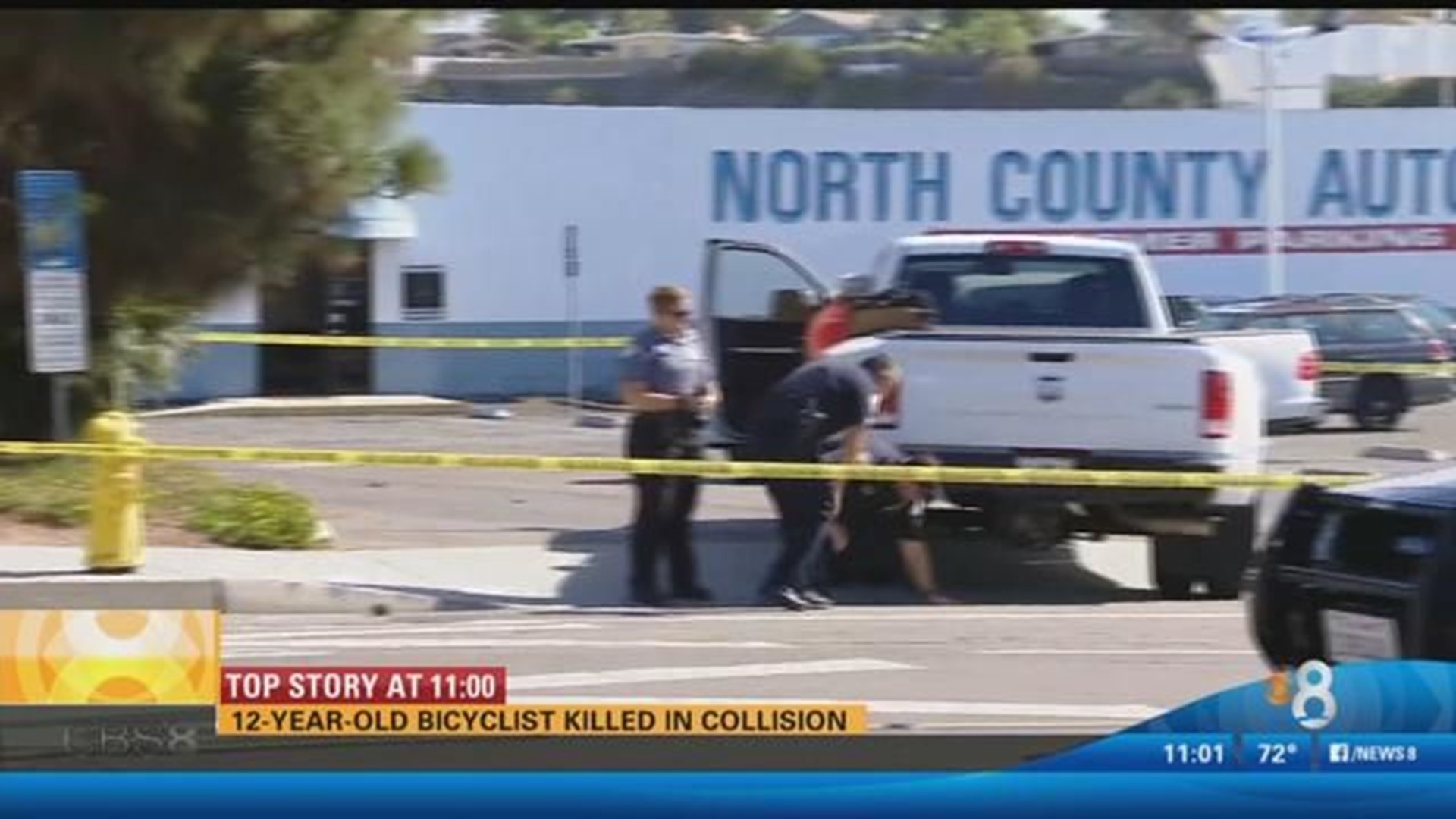 SAN DIEGO (CBS 8) - A memorial is continuing to grow Friday for a 12-year-old boy who was killed as he rode his bicycle to school in Oceanside.

Logan Lipton was hit and killed when struck by a pick-up truck in Oceanside Thursday just after 7:00 a.m. at South Coast Highway and Oceanside Boulevard, according to police.

Logan was about half-way home when he was hit by a white pickup truck turning from an RV Park onto South Coast Highway.

According to preliminary reports, a white pick-up truck was pulling out of the driveway at 1510 South Coast Highway and about to make a left turn to go south. As the vehicle began to move, the driver heard a thump on the side of his truck.

At that time, the driver pulled into an adjacent driveway to see what had happened when he discovered the boy was pinned underneath the truck.

According to police, the driver found Logan's body dragging underneath.

Logan was taken to Tri-City Medical Center to be treated, a fire dispatcher said. He was pronounced dead at the hospital.

Twelve-year-old Logan was best known for his athletic abilities. His family taught him to surf at a young age, and his Instagram profile is filled with surfing videos.

Last year, he was part of a championship team on the Oceanside Breakers. He often rode his bike to Lincoln Middle School.

The investigation into the crash is ongoing, police said. Investigators are working to determine if Logan was in the bike lane or sidewalk when he was hit.

A memorial grew throughout Thursday evening, as word quickly spread throughout the surfing community. Family members were at the site to grieve. They did not speak to the media.

The family is currently working on a formal memorial for Logan this weekend at his favorite place, the ocean.