Sophia Righthouse may be young but she demonstrated courage, maturity, and wisdom beyond her years when disaster struck on November 4, 2017. 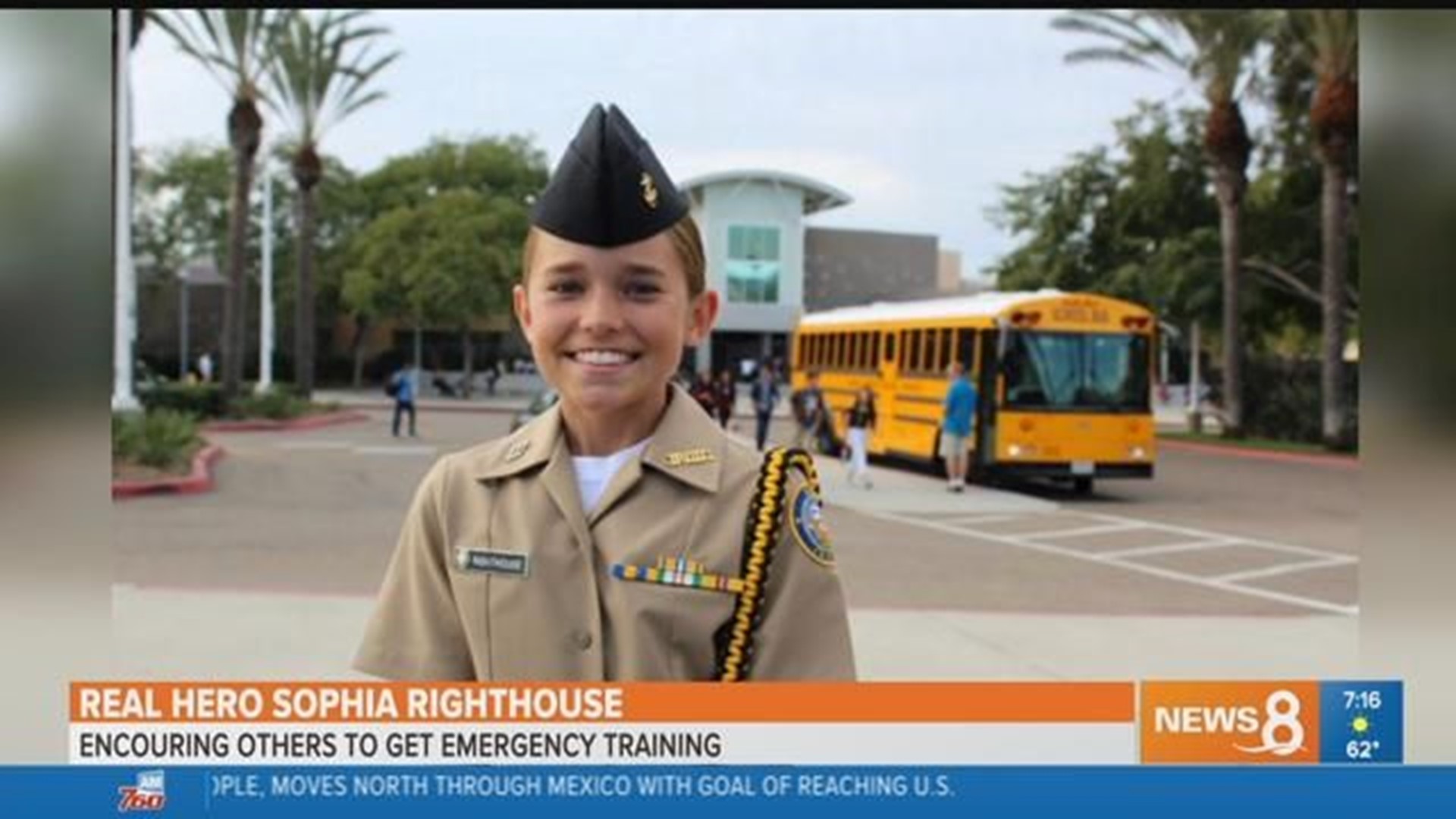 SAN DIEGO (NEWS 8) - The American Red Cross is proud to honor Sophia Righthouse with the Youth Award for her bravery, professionalism and lifesaving actions.

15-year old Sophia Righthouse may be young but she demonstrated courage, maturity, and wisdom beyond her years when disaster struck on November 4, 2017.

Sophia and her parents were on their way to an event in Miramar when they saw that a nearby apartment complex was on fire. Sophia and her father jumped into action and began evacuating residents while her mother called 9-1-1.

Using her training with the Girl Scouts and Miramar Young Marines, Sophia evacuated residents from the complex to a common evacuation point, and provided the briefing for the firefighters that arrived on scene.

Once the scene was deemed safe, Sophia and her parents continued on to Miramar, where Sophia had been nominated to receive the Battalion’s Young Marine Award.

The American Red Cross of San Diego/Imperial Counties honored more than 100 individuals and numerous organisations at its 16th Annual Real Heroes Breakfast on Oct. 12 aboard the USS Midway Museum.

The popular event recognizes individuals and organizations that embody the mission and spirit of the Red Cross by saving lives and creating safer, stronger and more resilient communities.