Two adults are dead and seven children are injured after their car rolled on Interstate 8 in El Centro. 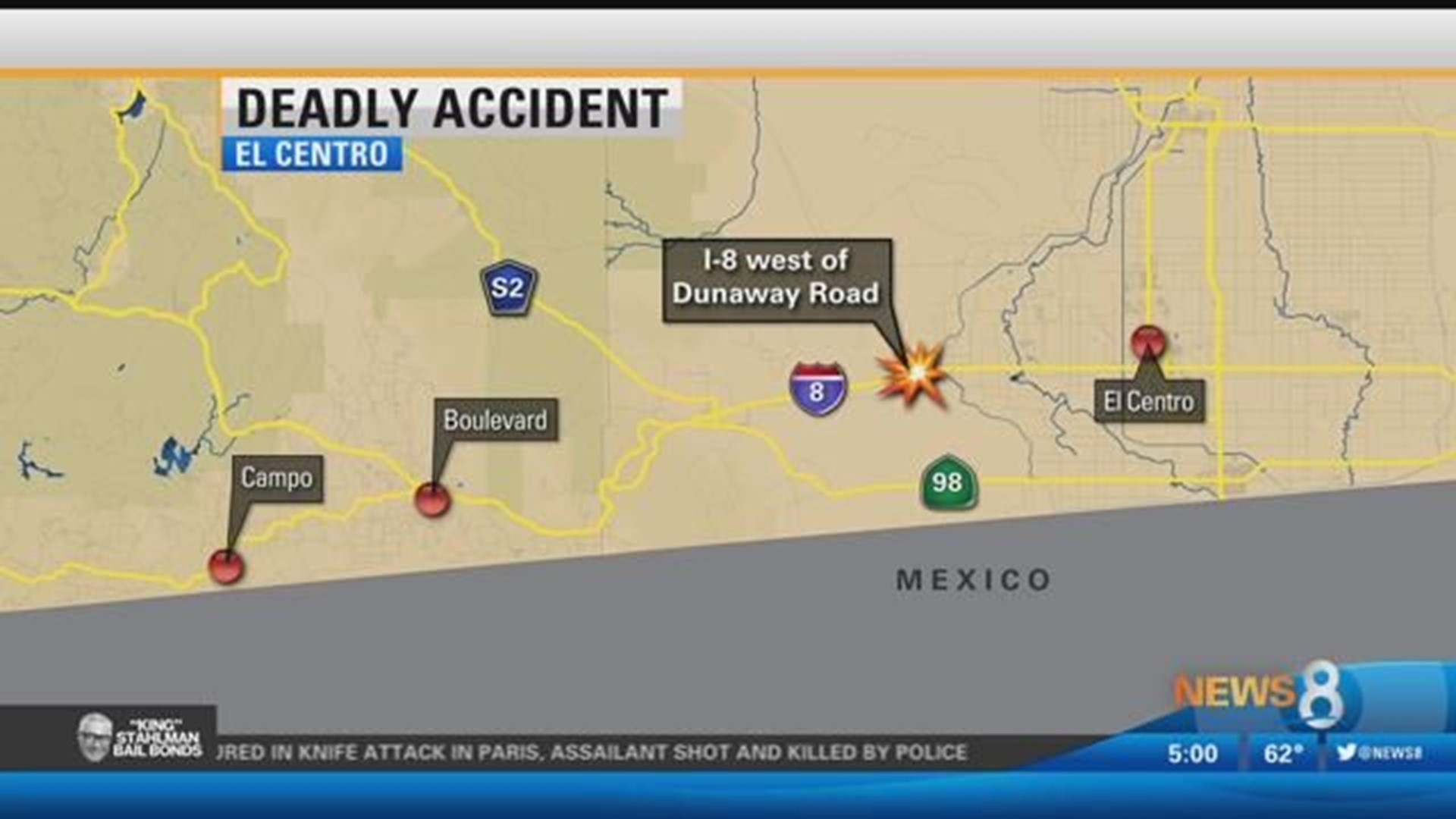 SAN DIEGO (NEWS 8) - Two adults are dead and seven children are injured after their car rolled on Interstate 8 in El Centro.

The vehicle was pulling a loaded trailer when it moved off the roadway onto the dirt shoulder just west of Dunaway Road.

When attempting to get the vehicle back on the road, the male driver overcorrected causing the car to flip multiple times.

All 9 passengers were not buckled in causing them to be thrown from the vehicle. There were car seats found in the vehicle, but the children were not restrained in them.

When CHP arrived on scene, the 42-year-old male driver along with his 31-year-old female passenger were declared dead.

CHP and good Samaritans provided medical attention until medical personnel could get to the scene.

The family, who was said to have been on their way to Texas, had only been San Diego residents for 5 months after moving here from Las Vegas just before Christmas.

They had been receiving rental assistance from the Alpha Project, but had just been evicted.