A preliminary hearing was underway Thursday for two men accused of killing a local Marine. Jose Esqueda and Jeff Shai Holliday are accused in the fatal stabbing of a Camp Pendleton Marine and the w... 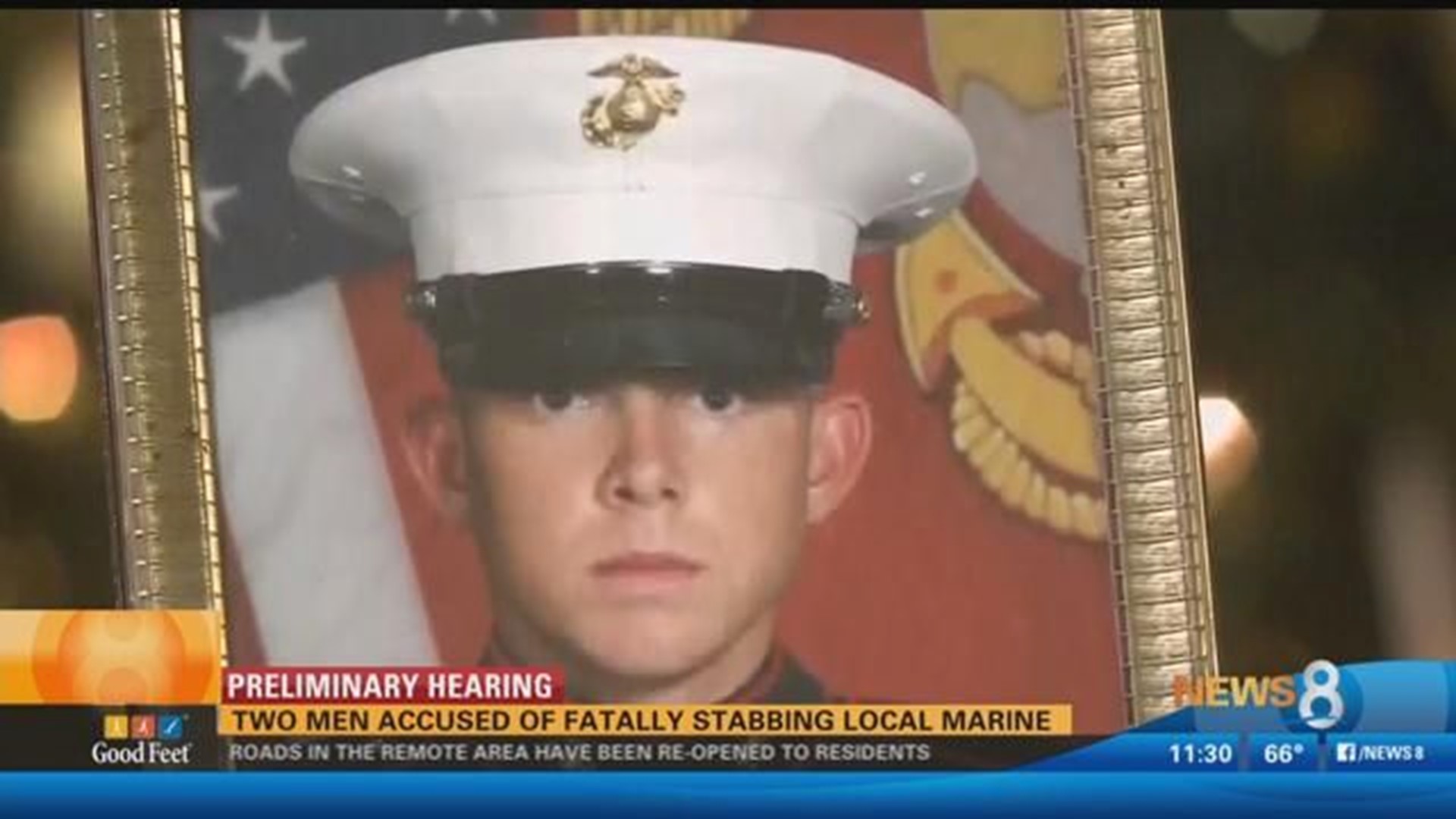 SAN DIEGO (NEWS 8) — A judge is deciding if two men accused of killing a local Marine will stand trial. Lance Corporal Ryan Harris was killed last December while reportedly trying to break up a fight in the Gaslamp Quarter.

Jose Esqueda and Jeff Shai Holliday are accused in the fatal stabbing the Camp Pendleton Marine and the wounding of his friend outside a nightclub.

Both are accused of murdering Harris, a Northern California native, during an apparent fight that broke out on Island Avenue.

On Thursday, the preliminary hearing began for Esqueda and Holliday. In court, the two sat chained as prosecutors showed surveillance video of them taken outside of Omnia night club in the Gaslamp area.

They say the video shows one defendant confront a man on his cell phone - identified as Christopher DeHerrera - and the other defendant sucker punch him.

A witness on the stand said the person shown punching DeHerrera was "unquestionably Mr. Holliday."

Prosecutors say that's when when 21-year old Camp Pendleton Marine Ryan Harris rushed in to help and was stabbed to death. They say Esqueda stabbed Harris just under his neck which severed his aorta, killing him.

In the video above, you can see the Marine on the left screen marked with a yellow line above his head.

A witness testified that Harris can be shown in the video grabbing his neck. He died shortly after that.

"From a year of investigating homicides, I've never seen so much blood on a crime scene," he said.

"Ryan Harris, that was my right-hand man, that was my absolute best friend," Andrew Haulman said on the stand. He also rushed in to help that night and was also stabbed.

In the video above, you can see Haulman running away with blood on his shirt.

He ran up to a passerby, holding his gapping stab wounds, trying to slow the blood loss. He asked them to get his cell phone out of his pocket, so he could call his mom and tell her he loved her for, what he thought, was going to be the time.

"I wanted her to know that if I died that night that I was grateful for everything she had ever did for me and that's what I told her," said Haulman.

The hearing will continue Friday and at the end of the preliminary hearing the judge will determine if there is enough evidence for the two to stand trial.