20 years since the rescue of J.J. the gray whale

It is considered one of the most successful rescue and rehabilitation stories in SeaWorld history. 20 years ago Wednesday, J.J. the baby gray whale was brought to the park, dehydrated and near death. 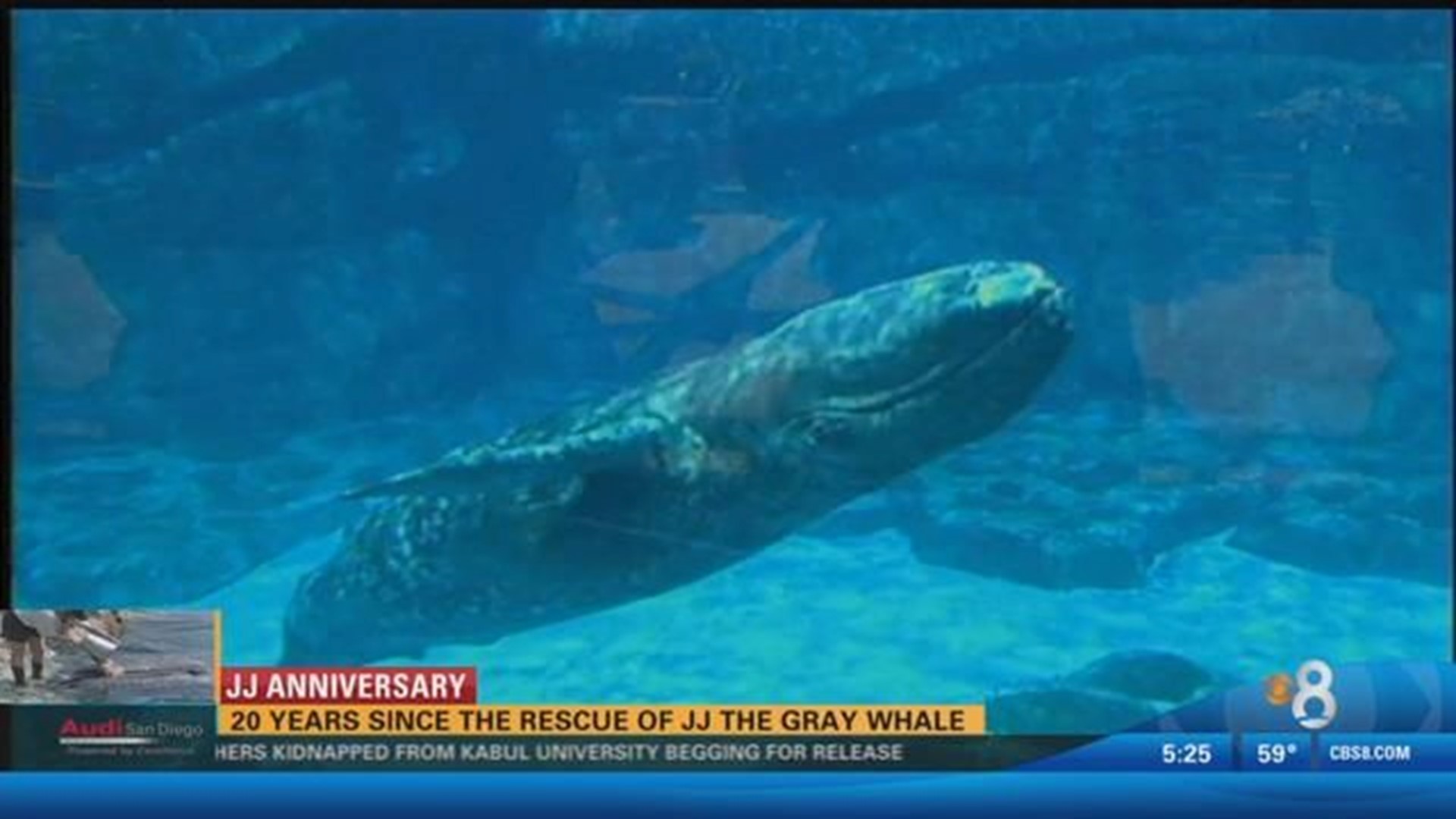 SAN DIEGO (CBS 8) — It is considered one of the most successful rescue and rehabilitation stories in SeaWorld history.

20 years ago Wednesday, J.J. the baby gray whale was brought to the park, dehydrated and near death.

14 months later, she returned to the ocean.

She was only a few days old when it happened, the gray whale calf helplessly being tossed around in the waves off a Los Angeles-area beach and her mom nowhere to be found.

It quickly became clear the whale needed to be rescued and the only place that could possibly handle her was SeaWorld.

Kevin Robinson remembers it like it was yesterday. Crews at SeaWorld immediately started tube feeding J.J. fluids to get her blood sugar up to normal levels. And it worked, giving her the strength to start swimming. But what she really needed was her mother's milk - and without that as an option - Robinson and his crew created their own.

"It looks kind of like pancake batter," explained Robinson. "And it's full of ground up fish, powdered milk, water, vitamins and minerals - that kind of thing."

They put it in five-gallon buckets and J.J. quickly learned to drink it through a hose.

Next she moved on to being bucket fed solid food.

But the real test was about to come. Rescue team members lined the bottom of her pool with food - to simulate eating in the ocean - and much to their relief J.J.'s internal instincts kicked in.

"Once we knew that she would eat off the bottom, we felt a whole lot better about her being able to be

"I still get emotional thinking about that moment," said Jody Westberg who was also part of the team that helped nurse JJ back to health. "That was the goal. We were working toward that goal."

J.J. had to two GPS trackers on her, but a couple days after her release she knocked them off.  J.J. has never been spotted again.