The New Year is just four days away and with it will come some new laws for California. 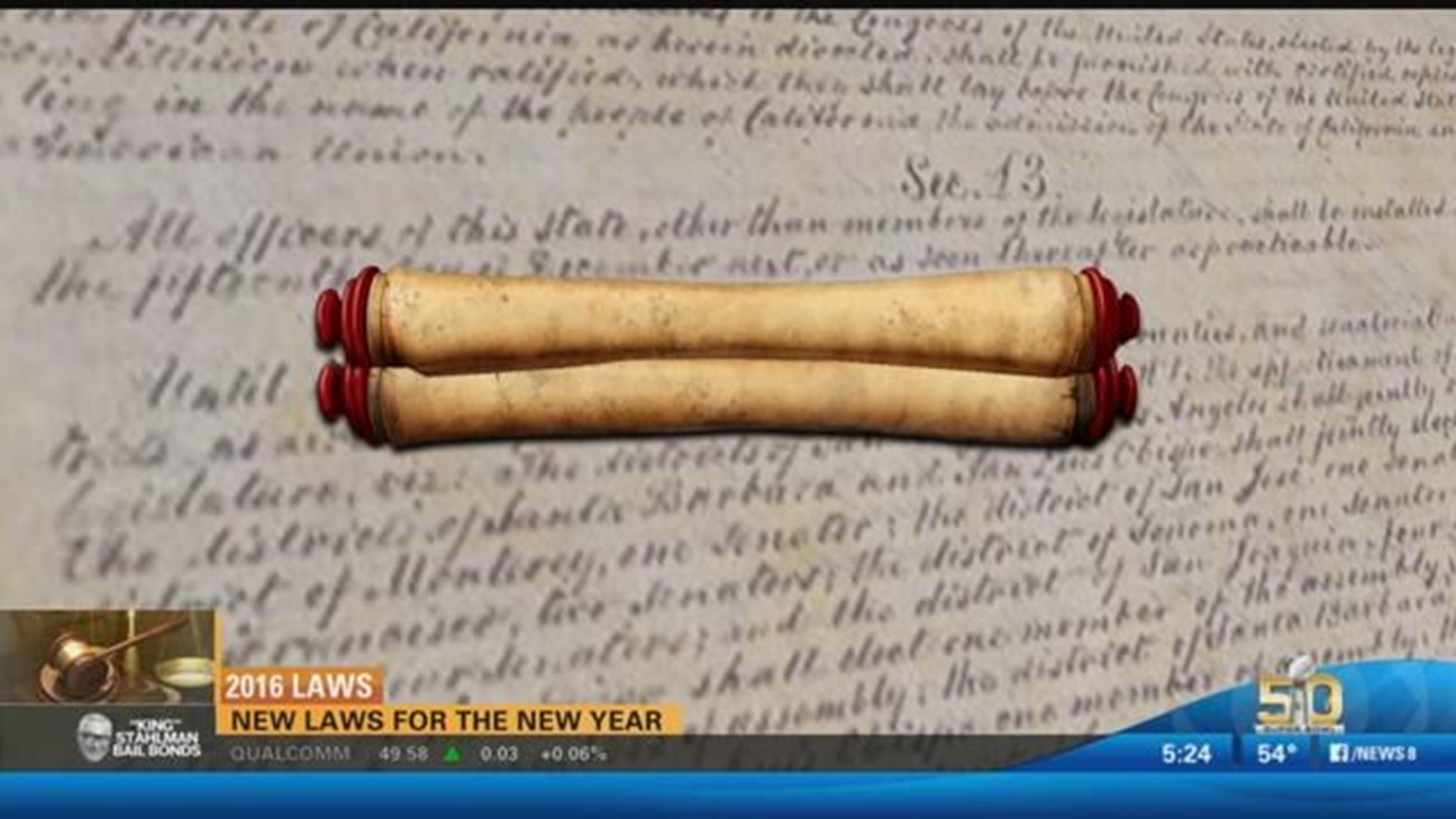 SAN DIEGO (CBS 8) - As we head to a new year a variety of new laws will take effect in 2016 for California.

The new laws cover vaccines, sex education in schools, toy guns and even those popular hoverboards.

Eight of those new state laws will go into effect this Friday, January 1st, 2016, and San Diego State University professor and attorney, Dr. Wendy Patrick, explained the laws, which could affect the San Diego community.

“First we have mandatory vaccines. This is a change from years past. Part of this concern was fueled by the measles outbreak in Disneyland and other locations,” said Dr. Patrick.

The new law eliminates the personal belief and religious exemptions, but does allow exemptions for medical reasons and for kids who are home-schooled.

“Under the [Christmas] tree this year, a lot of young people had Hoverboards or electronically motorized skateboards. There's a new law that applies to these: first of all, you have to be 16-years-old to operate one, and you have to wear a helmet. You cannot operate one under the influence of alcohol or drugs,” said Dr. Patrick.

Parents will be allowed to have their child opt-out.

People who believe a family member might be dangerous will be able to request a gun violence restraining order.

“This was spawned by the Isla Vista shooter in Santa Barbara and it really encompasses the reality that in many cases, it's the family members, it's the people closest to the perpetrator who are in the best position to notice red flags,” said Dr. Patrick.

“Toy guns have to look like toys, not guns. This is for everyone’s safety. They have to have those bright fluorescent trigger guards and other mechanisms that make it obvious it’s a toy,” said Dr. Patrick.

Yellow Alert will be a notification system similar to an Amber Alert. It will go into effect for deadly or serious hit-and-run crashes.

The Motor Voter Act will automatically register eligible Californians to vote when renewing a driver’s license.

Also, equal pay for substantially similar work among men and woman will be required.

“It allows employees to ask what the difference between male and female work counterparts. Employees cannot be retaliated against for asking that question,” said Dr. Patrick.

California’s minimum wage will go up from $9 to $10-an-hour.