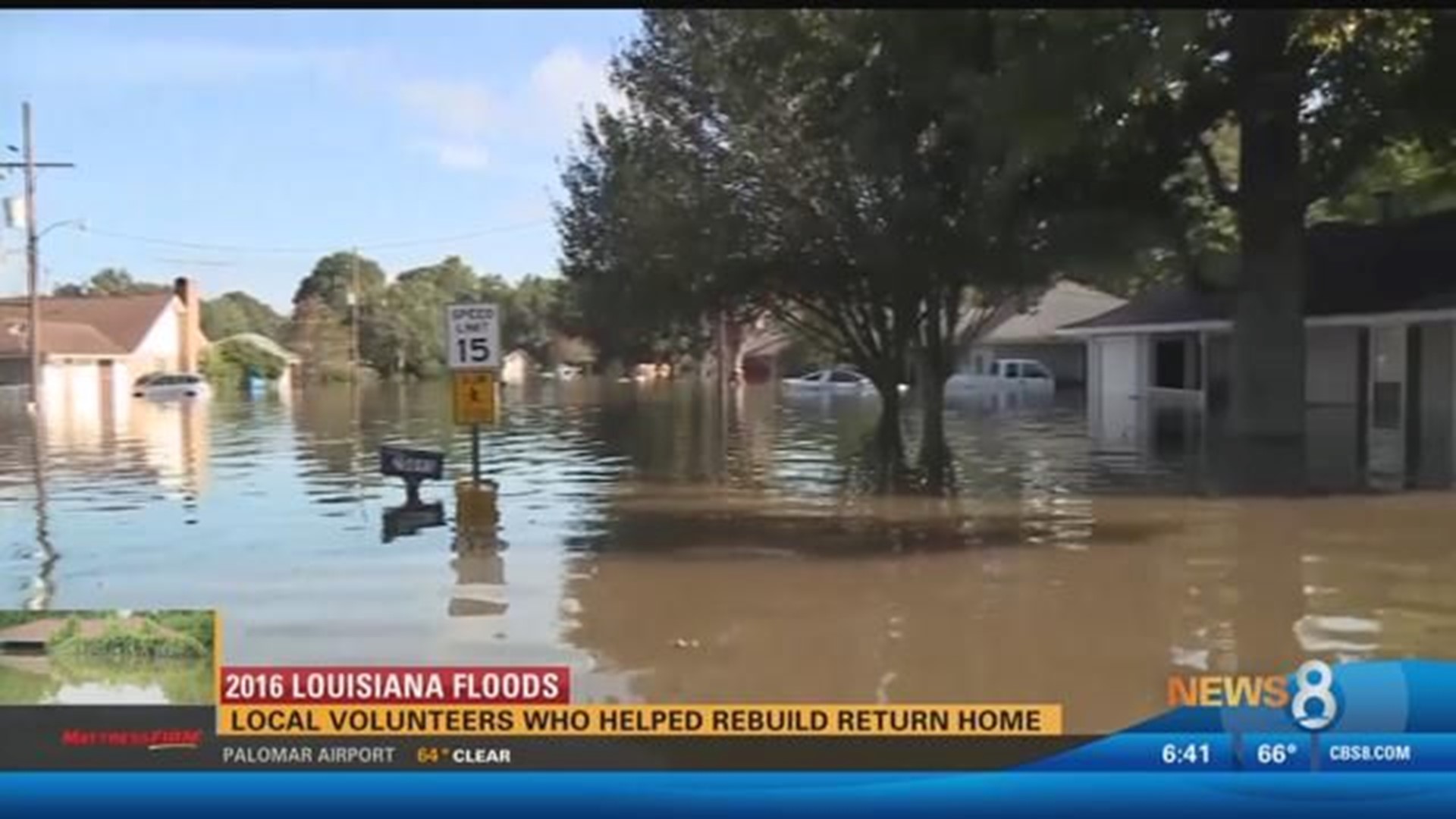 The group helped people who lost their homes to devastating floods two years ago.

More than 140,000 homes were flooded in 2016 – leaving tens of thousands of people unable to return to their homes.

John Zawis, Pavel Sfera and Mike Branon all volunteered with San Diego based International Relief Teams – a group committed to rebuilding the homes of flood victims.

Pavel said he met one family that had not been able to go home in a year-and-half.

“The older gentleman, he is terminally ill and it was his request to be back in his house before things changed and we were able to make that happen,” he said.

The gift of giving, he said, is so important. “The greatest gift is to watch people go back into their homes.”

Some of the volunteers will be heading to Puerto Rico next week to help hurricane victims.