A home invasion robbery in the South Bay ended in a SWAT standoff Sunday in the East County. 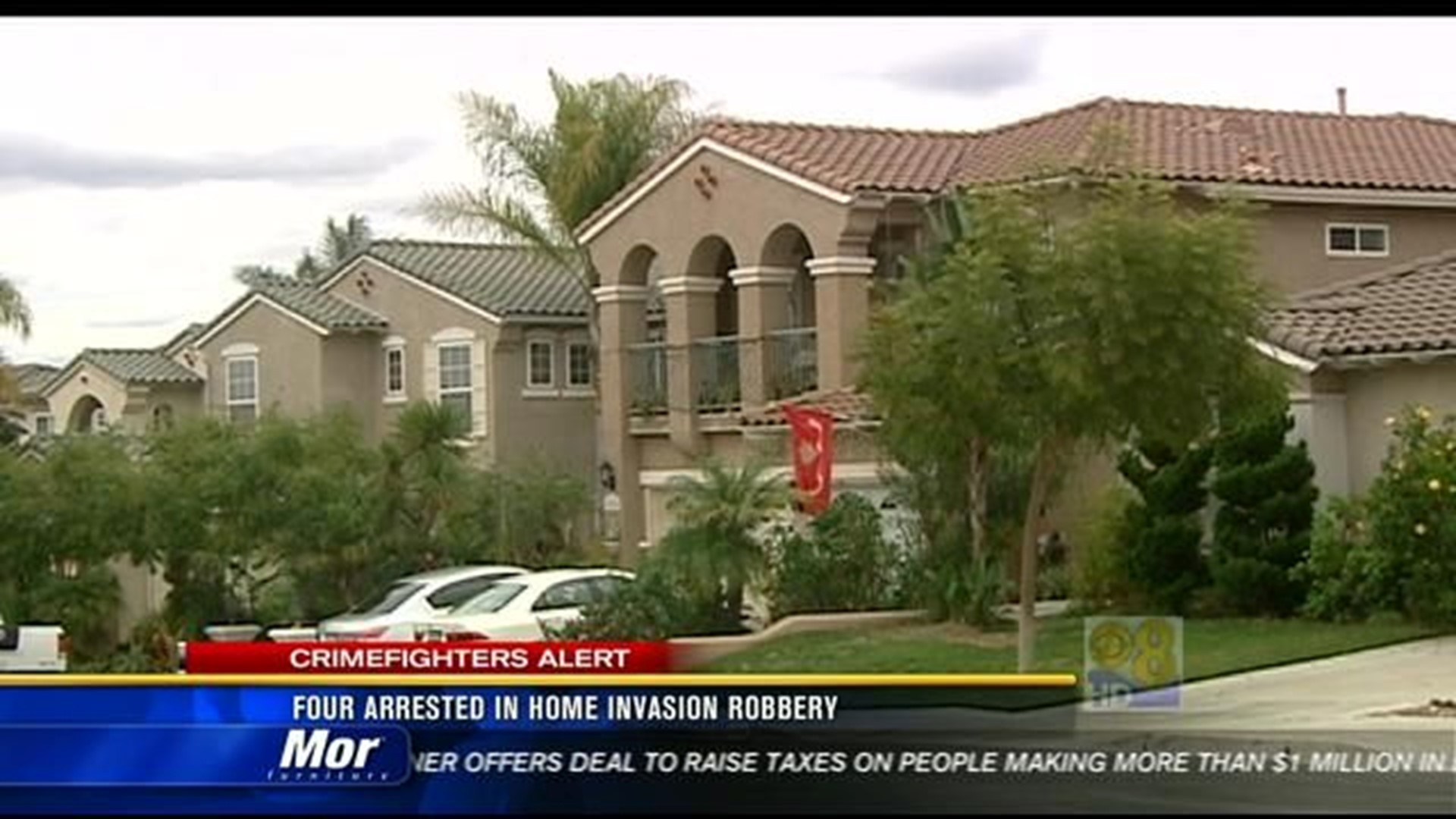 CHULA VISTA (CNS) - A stolen cell phone's signals led Chula Vista police to the home-invasion suspects who reportedly robbed a man at gunpoint and fired a shot into the bedroom where his wife slept Sunday, police said.

The victim's small child was also in the home on Dorado Way near Cordova Drive when the home invasion-style robbery happened about 1:30 a.m., but no one was injured, Chula Vista police Lt. Eric Thunberg said.

The resident told police he was approached by two suspects as he was leaving his garage, one who pointed a gun at him and ordered him to the ground, Thunberg said.

The pair ransacked the garage and the gun-wielding robber allegedly shot one round. The bullet traveled through the ceiling and into an upstairs bedroom where the man's wife was sleeping, Thunberg said.

The two suspects then left with the victim's property, including his cell phone, Thunberg said.

Officers tracked the victim's cell phone and stopped a vehicle on state Route 54 in Spring Valley occupied by Ryan Johnson and Lizbeth Garcia, both 20, Thunberg said. A loaded gun and some of the victim's property was allegedly found inside, he said. They were both arrested.

Data from the phone also led deputies to a residence in the 1500 block of Graves Street in Santee, where a second suspect vehicle was spotted. Officers identified its registered owner Antonio Rattler, 24, as a robbery suspect, Thunberg said.

Sheriff's deputies searched the residence and found additional property that belonged to the victim, Thunberg said. Rattler and a fourth suspect, Nichole Clark, 28, were arrested without incident shortly before noon, Thunberg said.

All four were booked into jail on suspicion of robbery, conspiracy and firearms-related charges, Thunberg said.