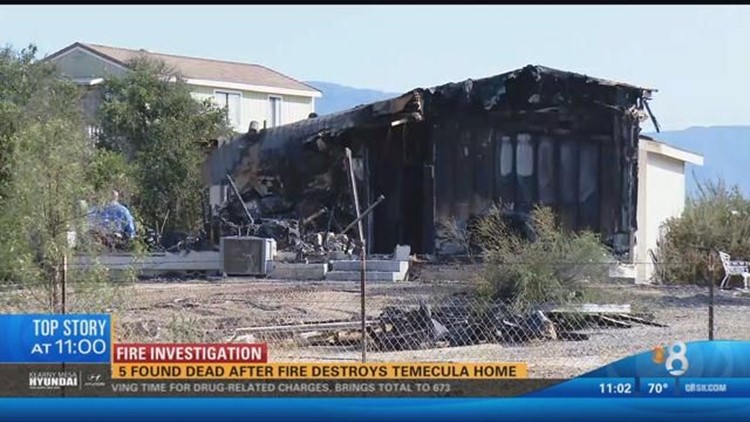 5 deaths at Temecula care home may be murder-suicide

5 deaths at Temecula care home may be murder-suicide

The Riverside County Sheriff's Department says four of the men found at the Temecula home on Aug. 29 had gunshot wounds. The fifth may have committed suicide after the fire was set.

Monday's statement didn't identify which man was the killer or provide a motive for the shootings.

The Renee Jennex Small Family Home was a state-licensed facility that cared for severely disabled adults.

State regulators say no deficiencies were found during an annual inspection in November.