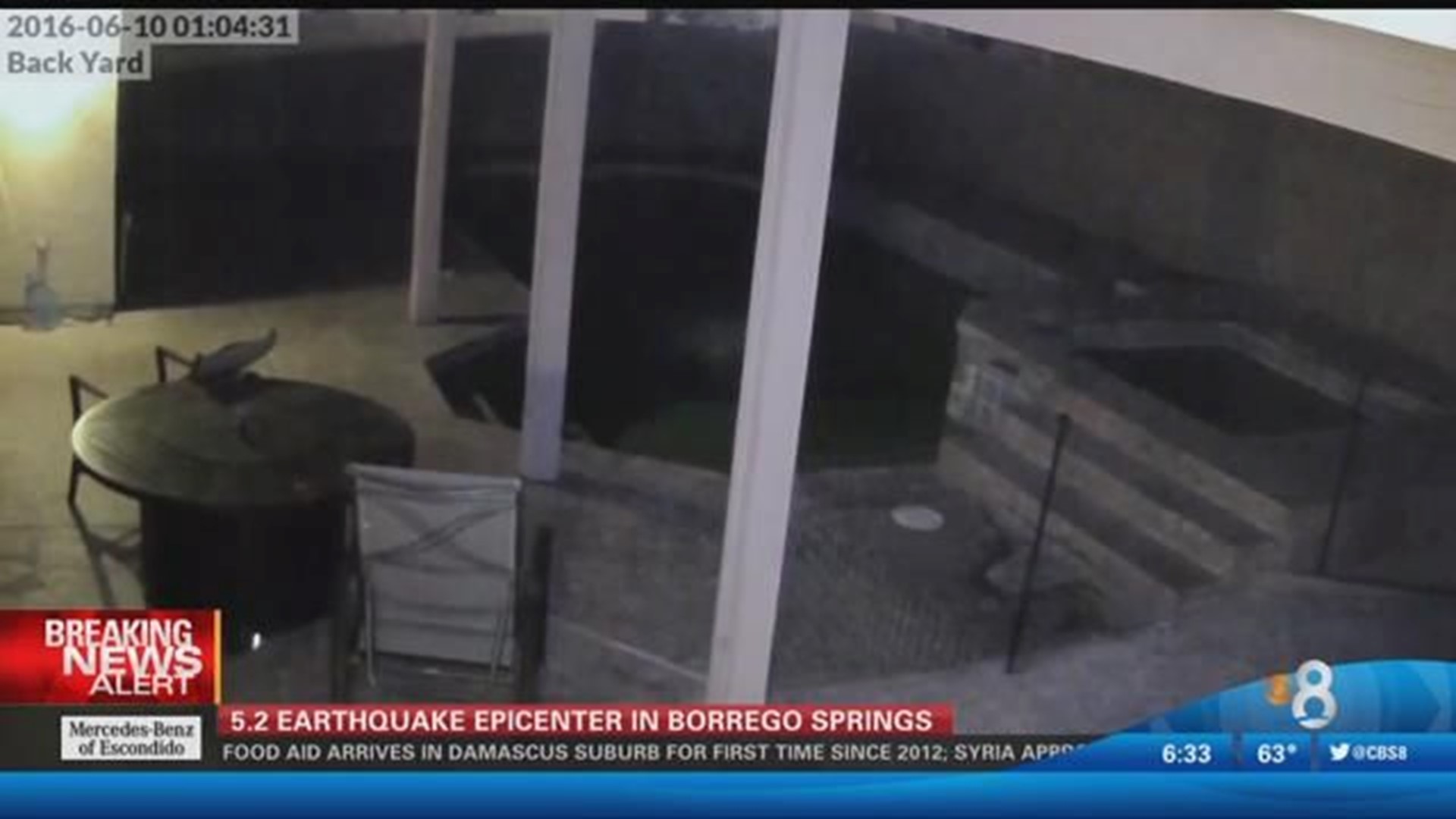 The temblor struck at 1:04 a.m. at a depth of .6 mile with a magnitude of 5.2, according to a computer-generated report from the U.S. Geological Survey. A quake of such strength is capable of generating considerable damage, but there were no immediate reports of injuries or damage in either Riverside or San Diego counties, and no threat of a tsunami, authorities said.

"We did not have any reports of damage or injuries from earthquake,'' San Diego Police Chief Shelley Zimmerman said, adding: "This is a good reminder to have a plan in place.''

However, the earthquake triggered a minor rockslide on Montezuma Valley Road, about 14 miles southeast of Borrego Springs, the California Highway Patrol reported.

The quake's epicenter was 13 miles north-northwest of Borrego Springs in San Diego County and 16 miles south-southwest of La Quinta in Riverside County. It was strong enough to be felt in the city of Los Angeles, as well as in San Bernardino and Orange counties and in parts of Mexico.

Surveillance video posted on YouTube moments after the quake shows the camera shaking.

"We have never seen a San Andreas earthquake triggered by a San Jacinto earthquake,'' Jones wrote on Twitter, referring to the state's most famous fault, the one along which the so-called "big one'' is expected to hit someday.

"Every earthquake has a 5 percent of triggering an aftershock that is bigger than itself -- always within a few miles of location of the first earthquake,'' Jones wrote.

Among those who felt the quake and voiced their reactions on social media was skateboarding legend and Carlsbad resident Tony Hawk.

The quakes did not raise the risk of a tsunami, according to the USGS.

Firefighters pulled their trucks out of the garage to make sure their equipment isn't damaged.

"Immediately will make sure we pull all of our apparatus outside of the building just in case there's any damage or collapse that takes place. Our equipment is outside ready to respond," David Gerboth, Battalion Chief SDFR said.

The CBS 8 Facebook post has comments from people who said they have felt the strong tremor in San Diego.

Did you feel the earthquake? Tell us about it in the comments section or on the CBS 8 Facebook page.