Authorities Thursday rescued 78 dogs living in drastically unsanitary conditions in a small, filth-ridden home at the foot of Fletcher Hills. 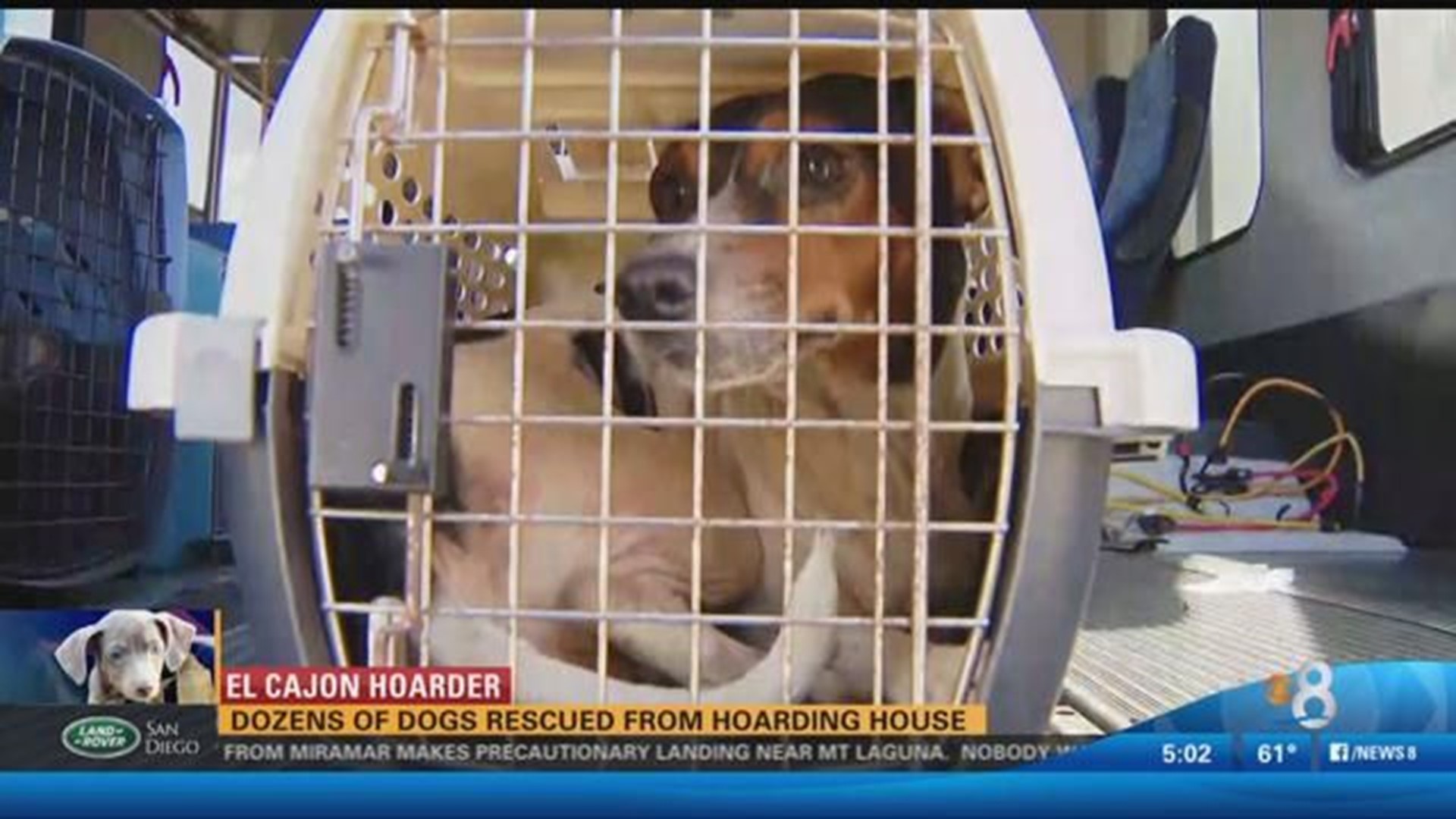 A neighbor reported the unhealthy situation at the house in the 700 block of El Monte Avenue in El Cajon, and police notified the San Diego Humane Society this morning, according to Humane Society officials.

Officers with the animal-welfare agency found 78 small canines, including terrier, Chihuahua and Dachshund mixes, in the modest single-story residence, the floors of which were covered in feces up to a foot deep in places, said Stephen MacKinnon, law enforcement chief for the organization.

The personnel initially were unable to remain in the home for more than a minute or so at a time due to the overpowering reek inside, including that of ammonia from a heavy buildup of urine, MacKinnon said.

Once equipped with respirators, the workers began removing the dogs, most of them young and some still puppies, from the house near Parkway Plaza mall. A veterinary team examined the animals triage-style at the scene before sending them to the Humane Society's Morena-area shelter for further health evaluations.

The dogs all appeared to be well-fed, and none seemed to be in dire shape, according to MacKinnon. Some, however, showed signs of possible skin and respiratory ailments, he said.

The resident who had hoarded the animals was cooperative with authorities. He told them he had gradually gotten carried away with collecting dogs and wound up overwhelmed by the task of caring for the pack while increasingly distracted by personal problems, MacKinnon said.

The man, whose name was not released, told officials he was interested in eventually reclaiming a few of his pets, if possible. To do so, he would have to apply for adoption and undergo a strict approval process, including an evaluation of the environment in which the dogs would live, according to the Humane Society.

The home was declared uninhabitable and likely will have to be demolished due to the extent of the contamination, which likely permeated the structure itself, MacKinnon said.