An 83-year-old woman was killed Tuesday night after being hit by a motorcycle in the middle of Camino Ruiz in Mira Mesa, according to San Diego Police. 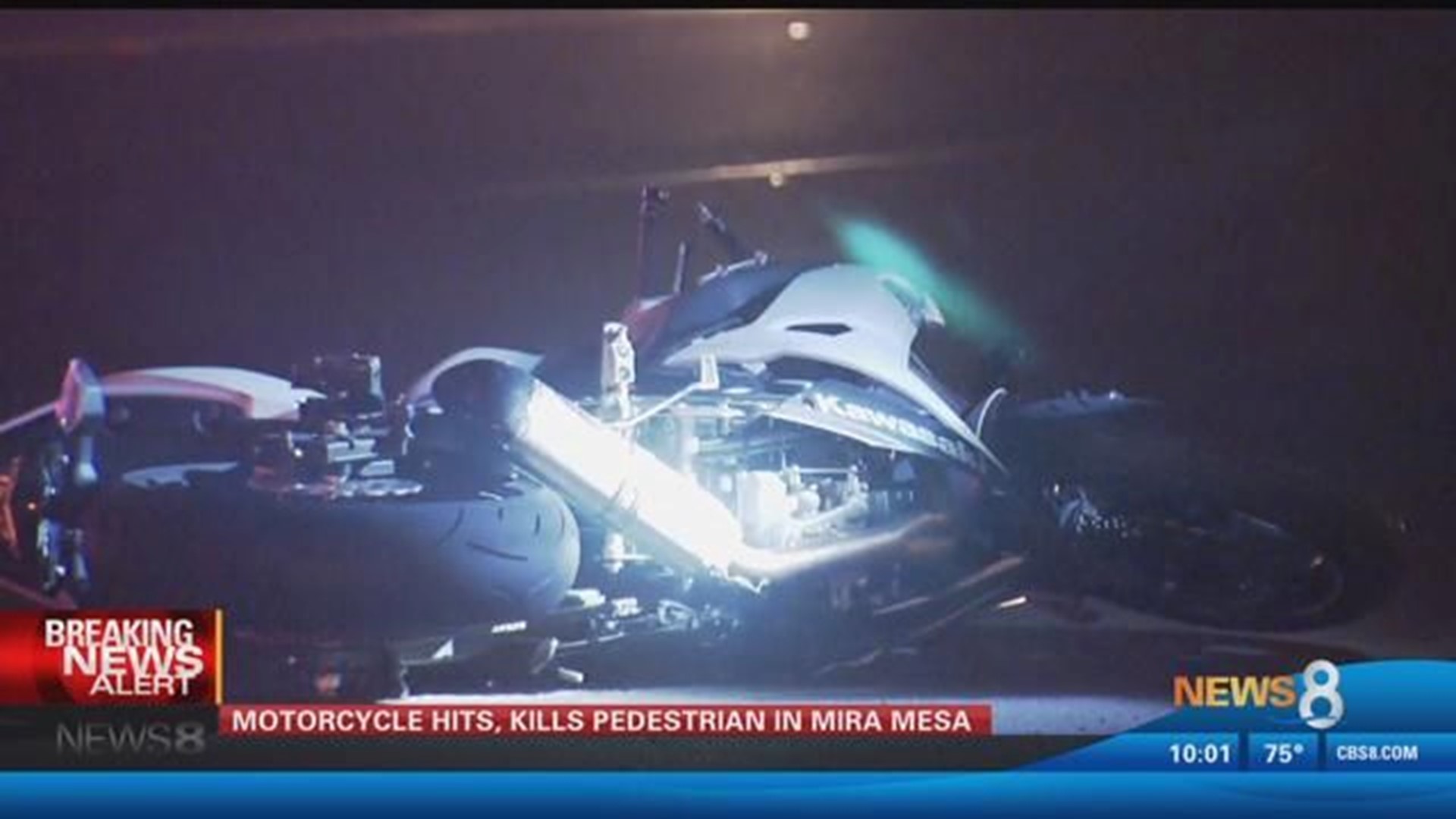 SAN DIEGO (CNS) - An 83-year-old woman walking across a street was killed and a 23-year-old motorcyclist was injured when the motorcycle struck the woman on a street in Mira Mesa, police said Wednesday.

The victim was walking east to west across Camino Ruiz, not in a crosswalk, when a 23-year-old man riding a 2017 Kawasaki motorcycle was traveling southbound in the right lane on Camino Ruiz, Buttle said.

The woman stepped into the right lane after crossing over a raised island and the motorcyclist moved from the right lane to the middle lane, but struck the pedestrian there, Buttle said.

The woman was pronounced dead at the scene, Buttle said. Her name was not released pending family notification.

The motorcyclist was transported to a hospital with injuries that were not believed to be life-threatening, Buttle said.