A 90-year-old man hits a pedestrian, a dozen parked cars and a bike in a church parking lot in Midway area. 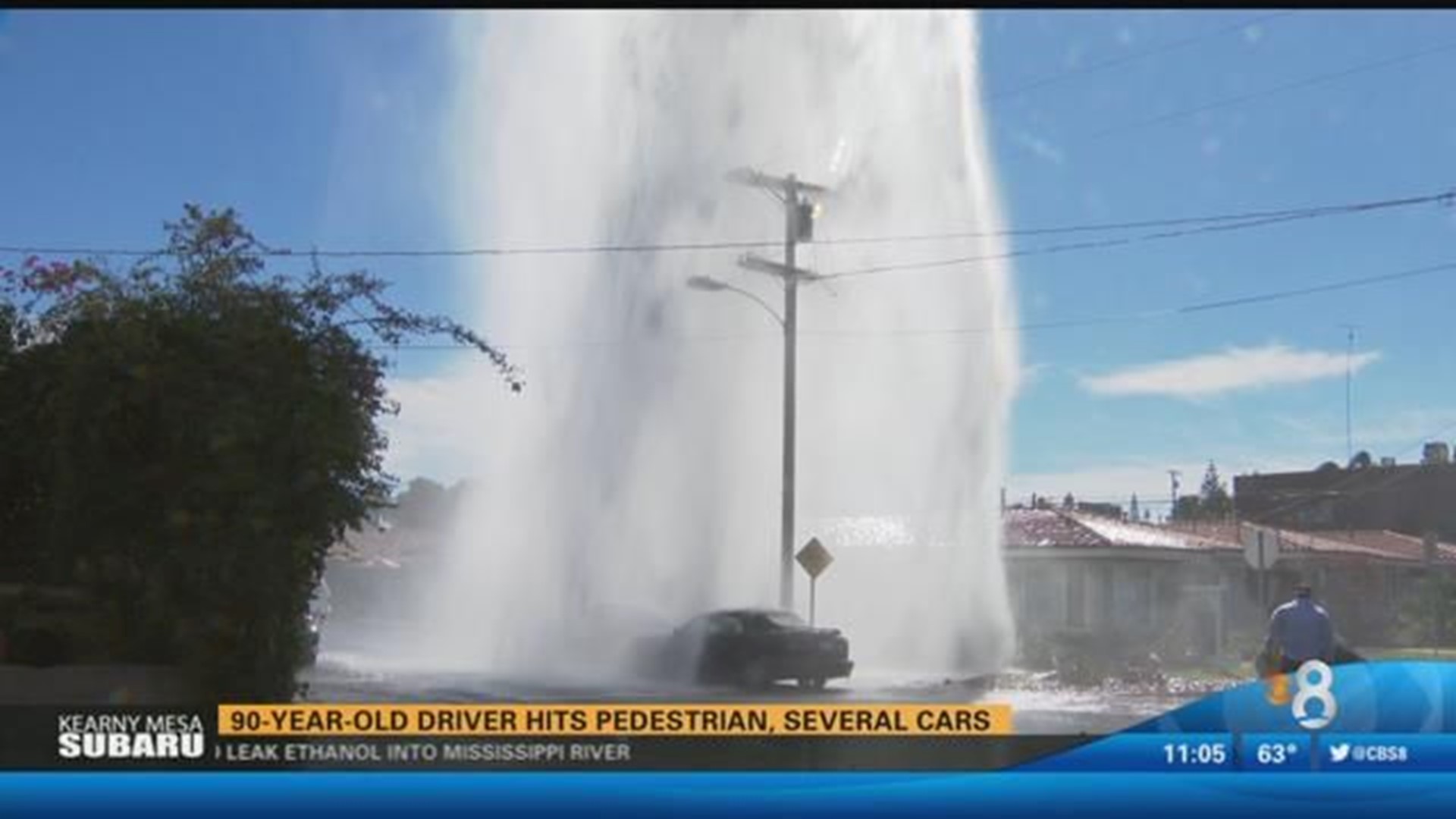 SAN DIEGO (CBS 8) - A 90-year-old man hits a pedestrian, a dozen parked cars and a bike in a church parking lot in Midway area.

It happened around 11:30 a.m. Saturday, while a funeral was being held at a nearby Catholic Church.

Police say the driver hit the pedestrian, who flew into the air and landed on another parked car in the parking lot. The driver continued to drive out of the parking lot, where he hit a bike and several more cars parked on Cadiz Street. He proceeded to hit a fire hydrant, sending water several feet into the air.

The pedestrian was transported to the hospital for treatment of his injuries, according to police.

The driver remained at the scene and was questioned by police.

There was no evidence of drugs or alcohol, authorities said.

The incident remains under investigation.