A couple of quick-thinking North County youths were honored in La Jolla Monday as heroes. 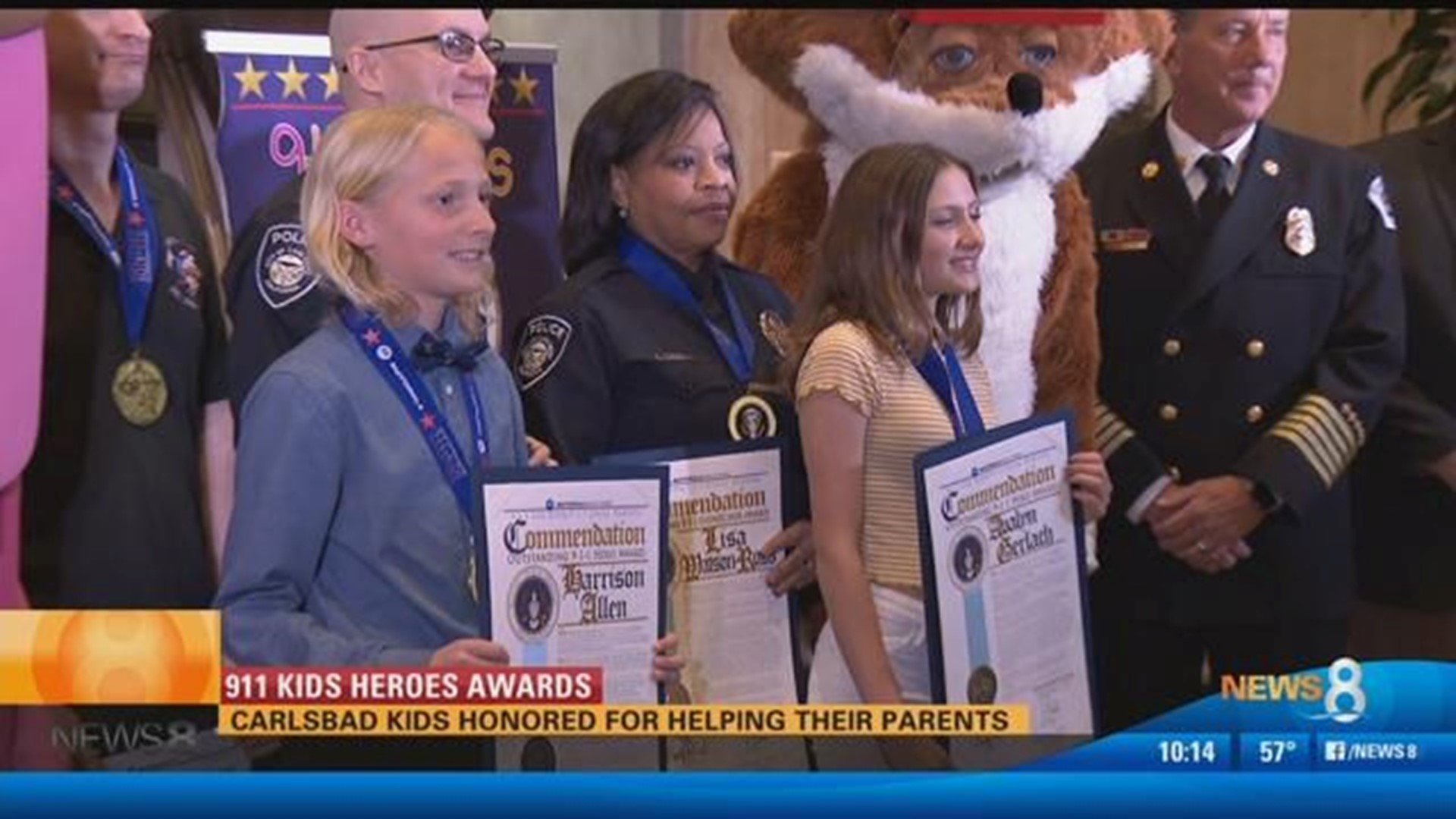 Two kids from Carlsbad were given 911 Kids Heroes Awards for their brave actions that helped save the lives of their parents.

Since 1999, 911 Kids Heroes awards children and dispatchers from across America and San Diego.

This year, 11 year-old Harry Allen and 13-year-old Avalyn Gerlach were awarded the Medal of Honor for helping their parents in 2017. Both attend Aviara Oaks Middle School.

The dispatchers said the Carlsbad children knew their parents' names, addresses and phone numbers – critical information when calling 911. Additionally, they encouraged parents to have a conversation with their children about what do during emergencies.

California has one of the largest 911 systems in the United States.

The state emergency operations center reported Next Generation 911 will allow individuals to text, send pictures, video and e-mail. Better cellphone tracking will also be implemented in phases and fully launched in 2022.