SAN DIEGO (NEWS 8) — At least three individuals with San Diego ties are among the nearly 50 people indicted in a widespread college admission bribery scandal announced by authorities on Tuesday. Th... 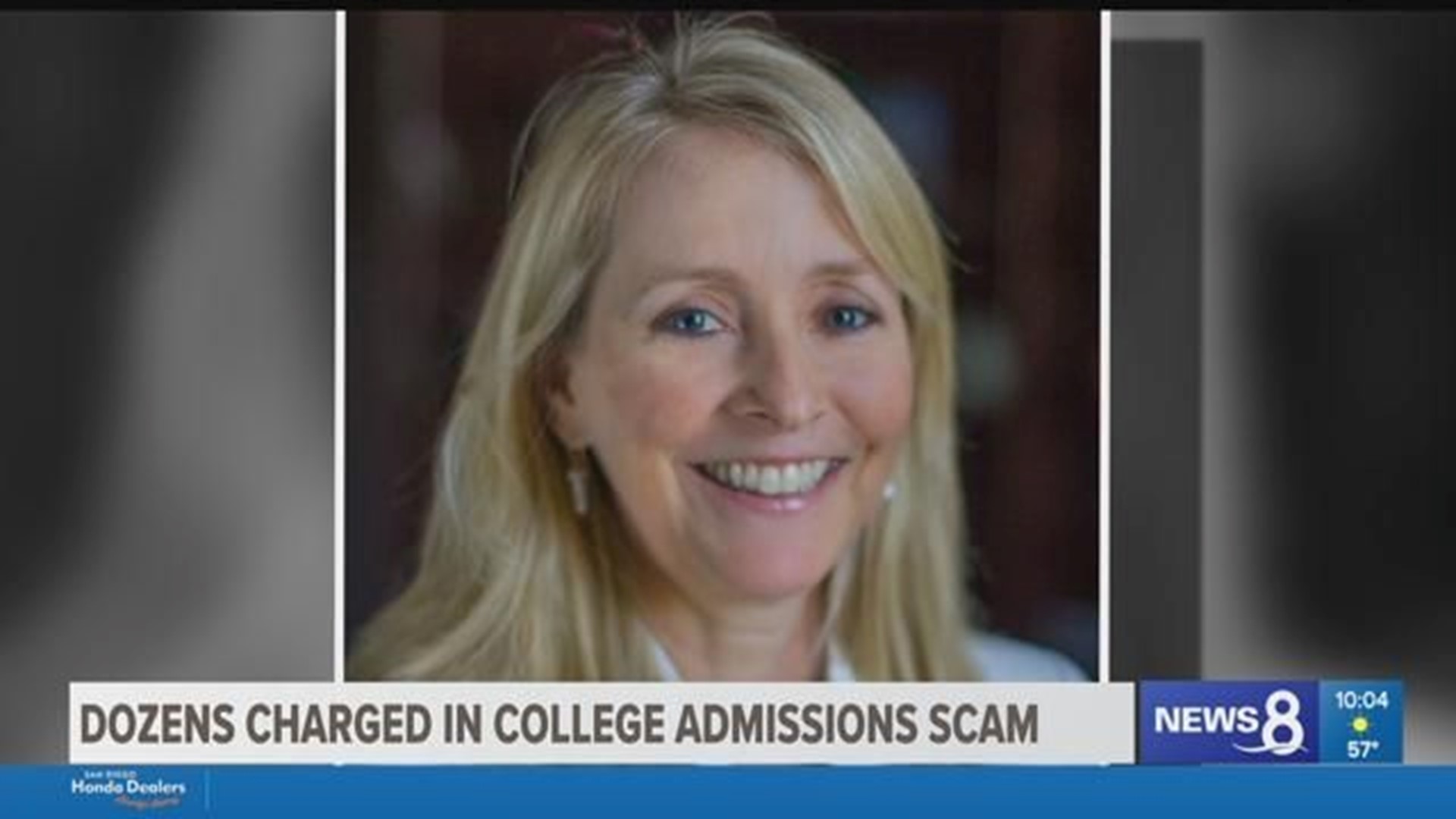 SAN DIEGO (NEWS 8) — At least three individuals with San Diego ties are among the nearly 50 people indicted in a widespread college admission bribery scandal announced by authorities on Tuesday.

Arrest warrants have been issued for all individuals named in the indictment.

Kimmel had two children who were accepted to Georgetown and University of Southern California. According to a criminal complaint, their acceptance to the schools was allegedly related to Kimmel's involvement with and payments made to admissions consultant, William "Rick" Singer.

A website for The Key Worldwide describes Singer as its founder and says, "Rick and his team of coaches have helped thousands of students fulfill their life passion in getting into the right college to achieve their dreams."

Singer pleaded guilty in Boston federal court Tuesday to charges including racketeering conspiracy and obstruction of justice. He faces up to 65 years in prison if convicted.

Kimmel’s daughter graduated from Georgetown in 2017 and was not a member of the tennis team during her time at the school, according to the complaint.

The portion of the complaint pertaining to Elisabeth Kimmel appears below and outlines payments allegedly made by her and the Meyer Charitable Foundation, a family foundation on which Kimmel and her husband serve as officers.

According to the criminal complaint, Toby MacFarlane of Del Mar is also accused of being involved with Singer to get both his son and daughter into USC as basketball and soccer recruits respectively. MacFarlane was arrested Tuesday without incident at his home, according to the FBI. According to a statement from the US Attorney's office, he is scheduled to appear in court on March 26.

The complaint also states that MacFarlane’s daughter graduated from USC in 2018 and did not play soccer while attending; his son attended USC briefly but withdrew in 2018 having never played basketball there.

The portion of the complaint pertaining to Toby MacFarlane appears below.

Also named in the complaint is Robert Flaxman who allegedly got his son into University of San Diego with a 2016 bribe involving a varsity coach. Flaxman is listed as living in both Laguna Beach and Beverly Hills, California, according to the complaint.

It is also alleged that Flaxman paid to have his daughter receiver a higher score on the ACT test.

The portion of the complaint pertaining to Robert Flaxman appears below.

USD issued the following statement on the allegations:

The University of San Diego has been cooperating with the United States Department of Justice’s investigation involving an alleged criminal conspiracy to facilitate cheating on college entrance exams and admission into colleges and universities.

We have no reason to believe that any members of our admissions team, our administration or staff, or our current coaching staff were aware of or involved in the alleged wrongdoing. We believe the federal government agrees with this assessment.

Editor's note: A previous version of this story included different details about Kimmel and MacFarlane's arrests and court appearances. This story has been updated and we regret the errors.

The full criminal complaint can be viewed below.