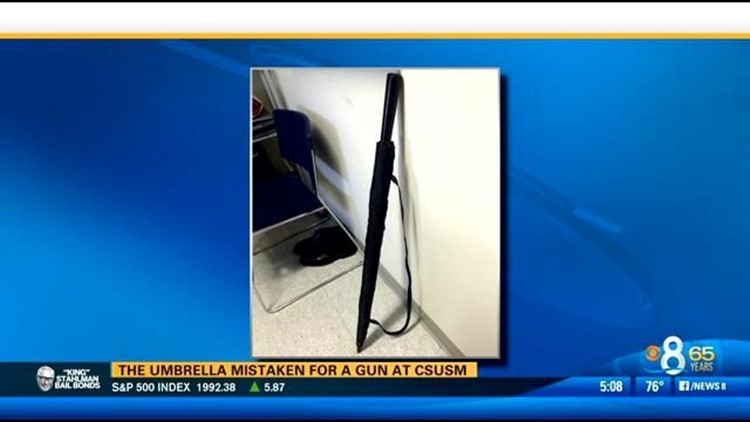 A look at the umbrella mistaken for a gun at CSUSM

A look at the umbrella mistaken for a gun at CSUSM

SAN MARCOS (CBS 8) – We're getting a look at the umbrella that caused a gun scare on the campus of Cal State San Marcos on Thursday.

Sheriff's deputies were called to campus Wednesday morning after someone reported seeing a man with a rifle. It turns out the man was carrying a black umbrella in its case, not a gun.

School isn't in session yet, but authorities told people on campus to shelter in place while they investigated.

The order was lifted 30 minutes later.