A California Highway Patrol officer and a CHP sergeant were injured early Friday when their SUV was struck by a car driven by a suspected drunken driver who ran a red light at a Lakeside intersecti... 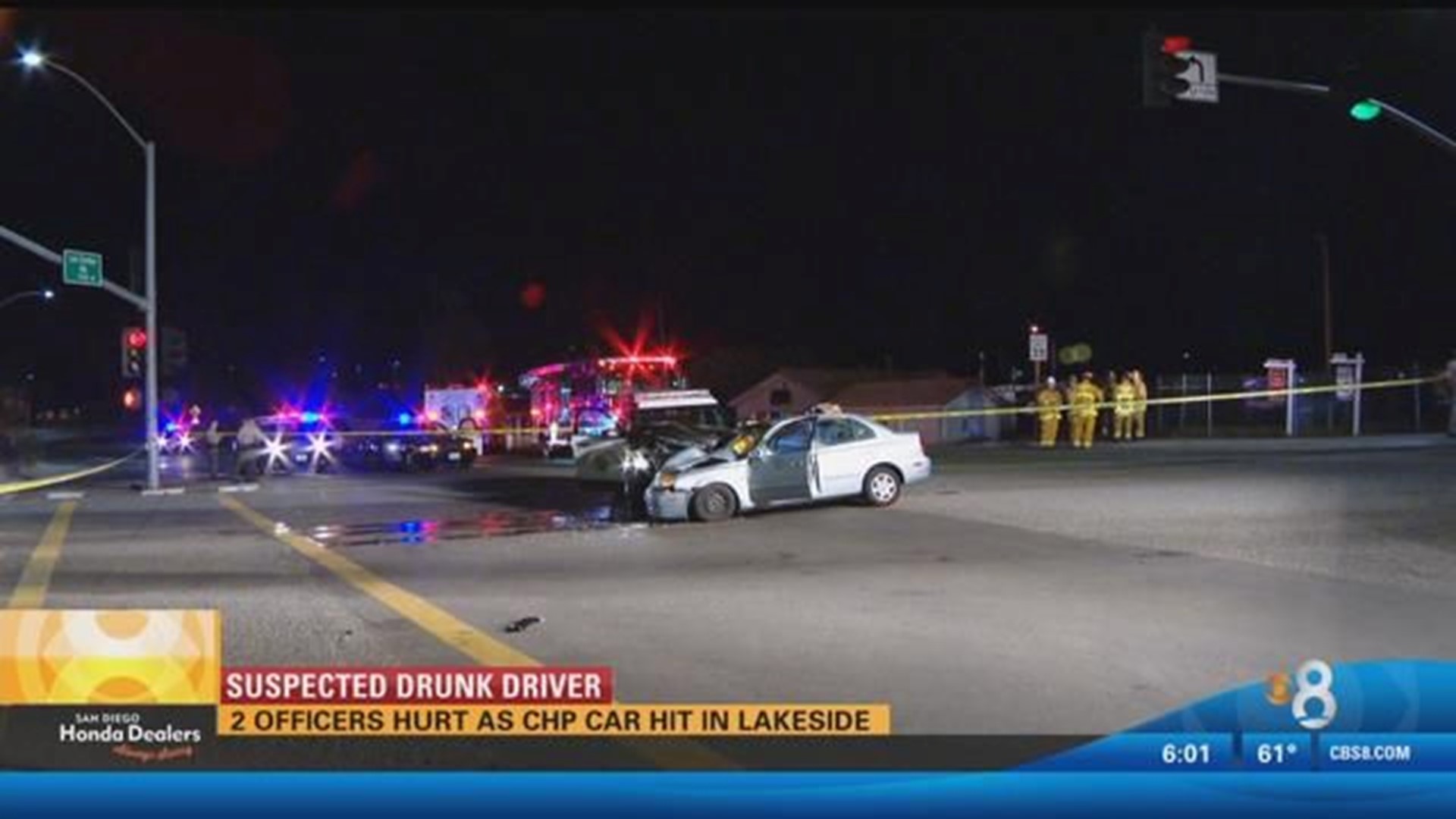 LAKESIDE (CNS) - A California Highway Patrol officer and a sergeant were injured early Friday when an underage suspected drunken driver ran a red light at a Lakeside intersection and slammed her car into the marked SUV in which they were riding.

Both the sergeant and officer were taken to Sharp Memorial Hospital with bruises and other minor injuries following the crash at the intersection of Los Coches Road and Julian Avenue at about 1 a.m., but were later released, CHP Officer Kevin Pearlstein said.

The 19-year-old San Diego woman behind the wheel of the westbound gray Hyundai Accent, identified by the CHP as Cerys C. Mulvey, was also injured in the crash, as were her three passengers. All four were also taken to hospitals.

Pearlstein said evidence was found that indicated that drugs and alcohol may have been a factor in the collision. Photos taken at the scene showed several liquor bottles presumably found in the car.

Mulvey was booked into the Los Colinas Detention Facility on suspicion of felony DUI upon her release from the hospital, Pearlstein said.