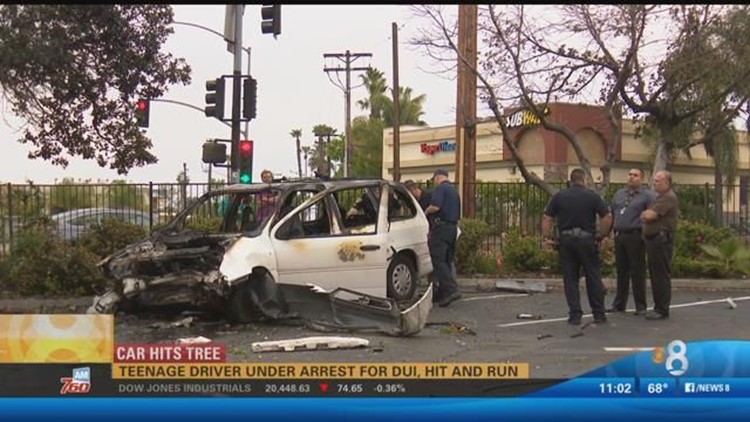 SAN DIEGO (CNS) - A man accused of driving drunk in Serra Mesa, causing a fiery crash that left one of his five passengers seriously injured, then fleeing, pleaded not guilty Friday to charges of DUI with injury and misdemeanor hit-and-run.

San Diego police said Gonyea was behind the wheel of a Ford Aerostar that sideswiped two parked cars at high speed on Gramercy Drive near Sandrock Road shortly after 3:30 a.m. Wednesday.

The out-of-control minivan then jumped a curb, crashed through a fence, struck a tree and caught fire, Officer Tony Martinez said.

Gonyea got out of the burning vehicle and ran off along with his passengers, including a 20-year-old woman with rib fractures and a punctured lung, Martinez said. Patrol officers responding to the wreck detained all of them, and the young woman was hospitalized.

An attorney for Gonyea said the man has no prior record, works full-time and lives with his father in Serra Mesa.

A readiness conference was set for June 2 and a preliminary hearing for June 16.