A man accused of assaulting seven women in North Park last summer will be back in court Tuesday afternoon facing new charges after attempting to escape from custody. 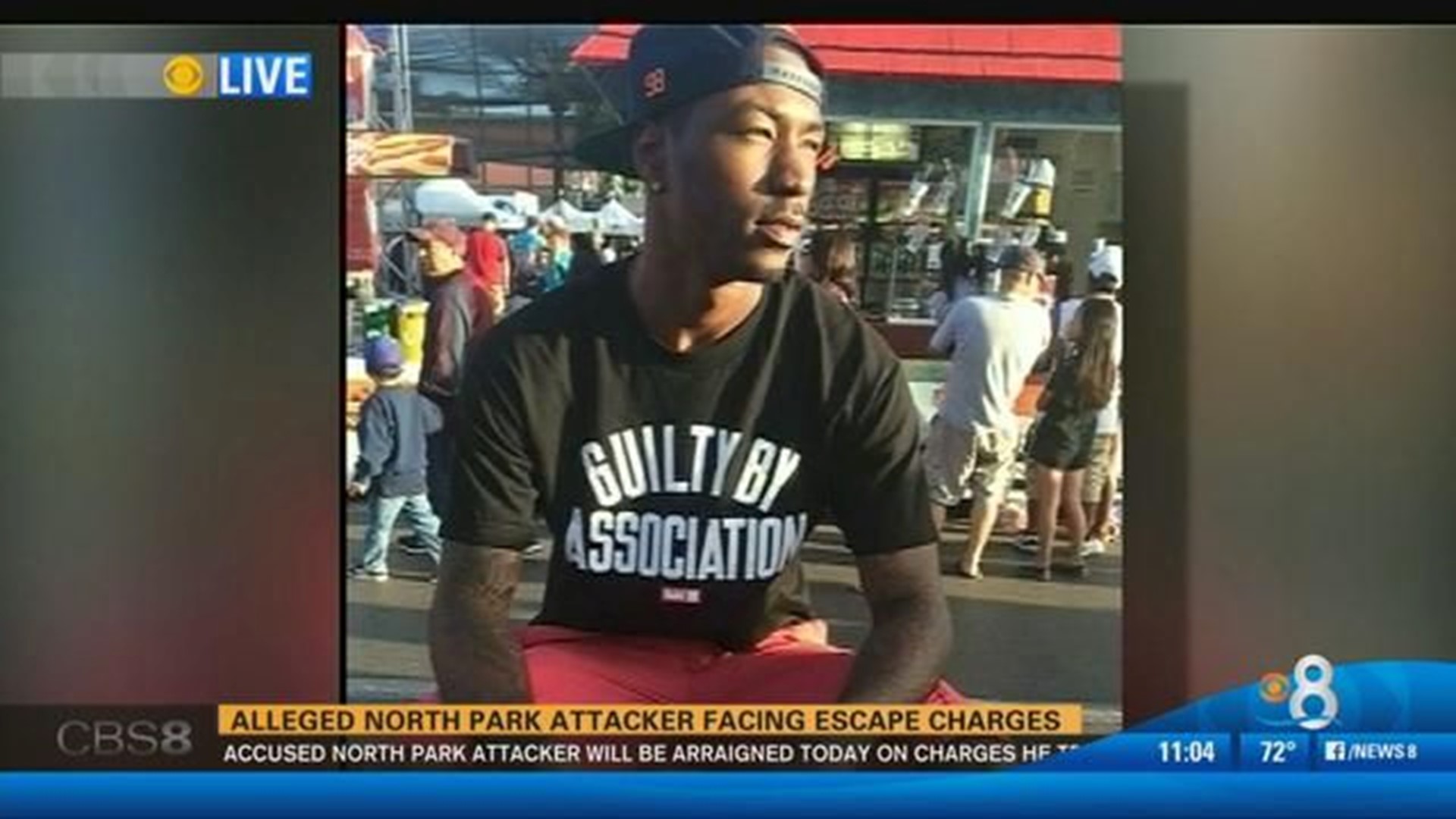 SAN DIEGO (CNS) - A man accused of sexually assaulting women in North Park pleaded not guilty Tuesday to charges that he tried to escape from sheriff's deputies while being brought to court.

Drake, 24, was bound over for trial last month on 18 felony charges, including assault with intent to commit a sexual offense and sexual penetration by force.

Two weeks later, Drake allegedly tried to escape from deputies at the downtown jail as they prepared to bring him to court.

Deputy District Attorney Jennifer Tag said Drake took off running once his waist and ankle chains were removed in a holding area on July 30. He was tackled and subdued after a brief chase.

Tag said one deputy was kicked in the side of the head and another suffered a laceration on his hand. Drake was also checked out at a hospital before being brought back to court the next day.

"In the North Park case, he is a predator on the streets, truly, and he had the community terrorized for months, " Tag alleged outside court. "And now he's in a different setting, a more controlled setting, and he still has no ability to control his impulses, and control his criminal behavior."

During the defendant's preliminary hearing, Tag alleged that Drake attacked seven women in the North Park area from April 30 to Aug. 28, 2014.

Images of a potential suspect in the assaults were made public in late August last year, leading to a tip that resulted in Drake's arrest.

Drake told a detective that he was a "sexual deviant" and the purpose of the attacks was to digitally penetrate the victims' private areas, the prosecutor alleged.

DNA linked Drake to the assaults, according to Tag, who said a cell phone belonging to one of the victims was found during a search of his car.

Drake faces more than 120 years to life in prison if convicted of all charges. Trial is currently set for Nov. 16.