SAN DIEGO (NEWS 8) — The man connected to the Rebecca Zahau civil case is trying to clear his name following a settlement in the case that was announced Wednesday. http://www.cbs8.com/story/3991793... 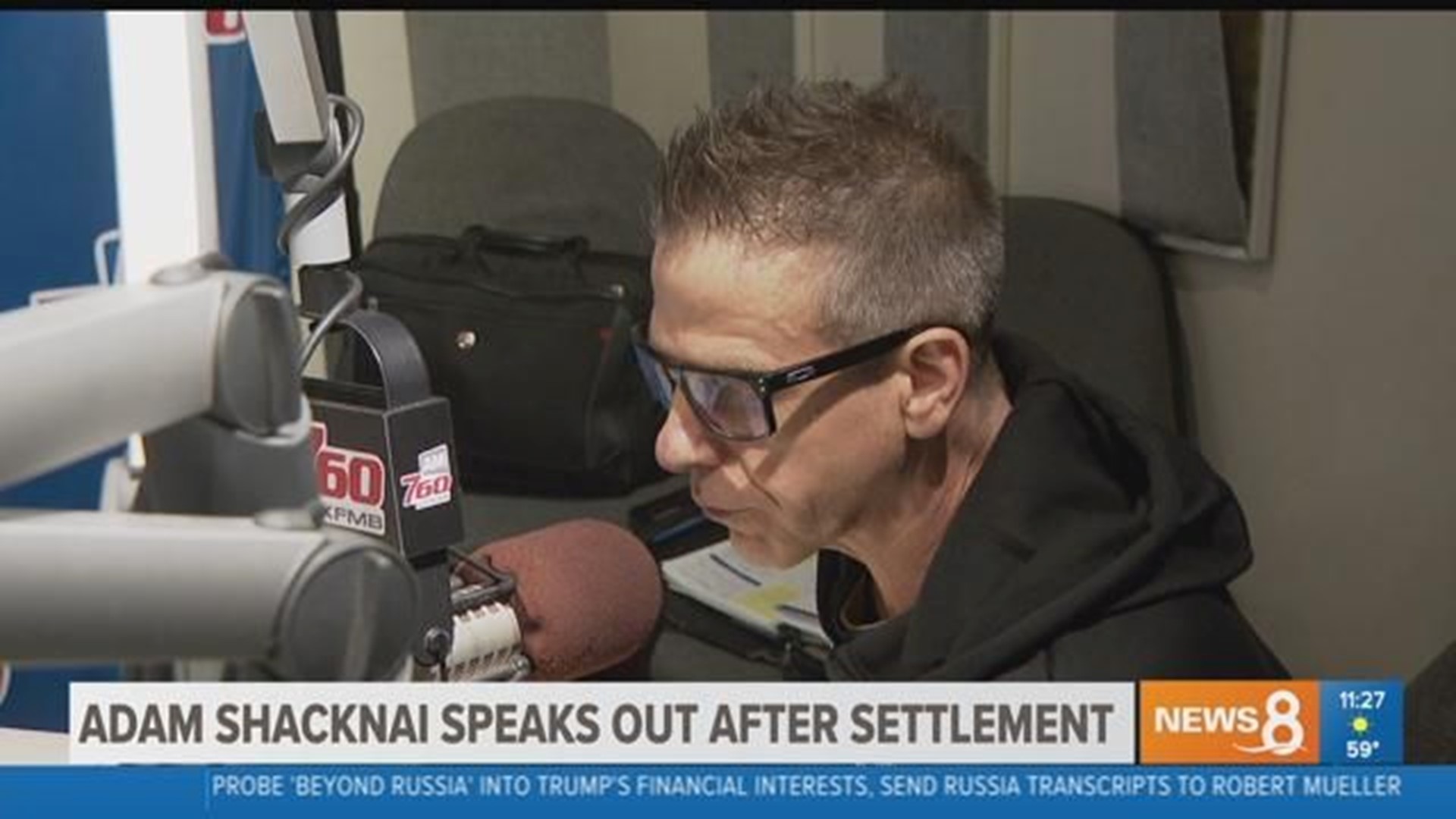 SAN DIEGO (NEWS 8) — The man connected to the Rebecca Zahau civil case is trying to clear his name following a settlement in the case that was announced Wednesday.

Adam Shacknai spoke with AM 760’s Mark Larson in studio at KFMB Stations on Thursday weighing in on the decision to dismiss the infamous case.

The case was dismissed because Shacknai’s insurance company reached a settlement with the Zahau family.

"I was aware [a settlement] was on the horizon. That was gonna happen. I’ve been trying to fight it for about a week...” said Shacknai. “We thought we could at least make our arguments yesterday morning, have a chance to get it on record no matter what, and somehow we were short circuited when we got there.”

Shacknai says the past eight years dealing with this legal battle have been a nightmare. He's adamant about his innocence and says he had nothing to do with Rebecca Zahau's death.

He also said he believes the sheriff's dept got it right that she committed suicide.

Shacknai says he’s not capable of that kind of violence.

“I don’t believe in violence. I believe in sulking. Violence never solved anything,” he said. “I go with the silent treatment and stuff like that. I don’t slam doors... a lot of people say maybe it’s healthy to slam a door or holler and shout. It’s just not me.”

Shacknai also said he actually liked Rebecca though he didn't know her well.

“I visited periodically. We spent a weekend as a family for one of my dad’s birthdays in New York City,” he said. “I had met her a handful of times. We were familiar with each other. I'd say we had a good relationship.”

While the civil case is over, the Zahau family’s attorney Keith Greer says he will continue to push for a criminal trial in this case and that they’re not going to stop until the person who murdered Rebecca is behind bars.

"We’ll see if Greer can kind of keep working the house. He definitely worked the house as far as the civil court system went,” Shacknai said making the analogy to a gambler beating a casino's (house) odds of winning.

“And you can see that in civil courts. O.J. [Simpson] certainly knows,” interviewer Mark Larson added. “There’s some similarities there. When they can’t get it one way, they can go back.”

“I don’t see any similarities between me and O.J.,” Shacknai responded. “Good running back but that’s about all I can say.”

The Shacknai-Larson interview lasted around a half an hour. Click below to listen to the interview in its entirety.