A San Diego councilwoman Monday called on the city to take stronger measures along the San Diego River against an outbreak of hepatitis A on the same day that city crews began washing down streets ... 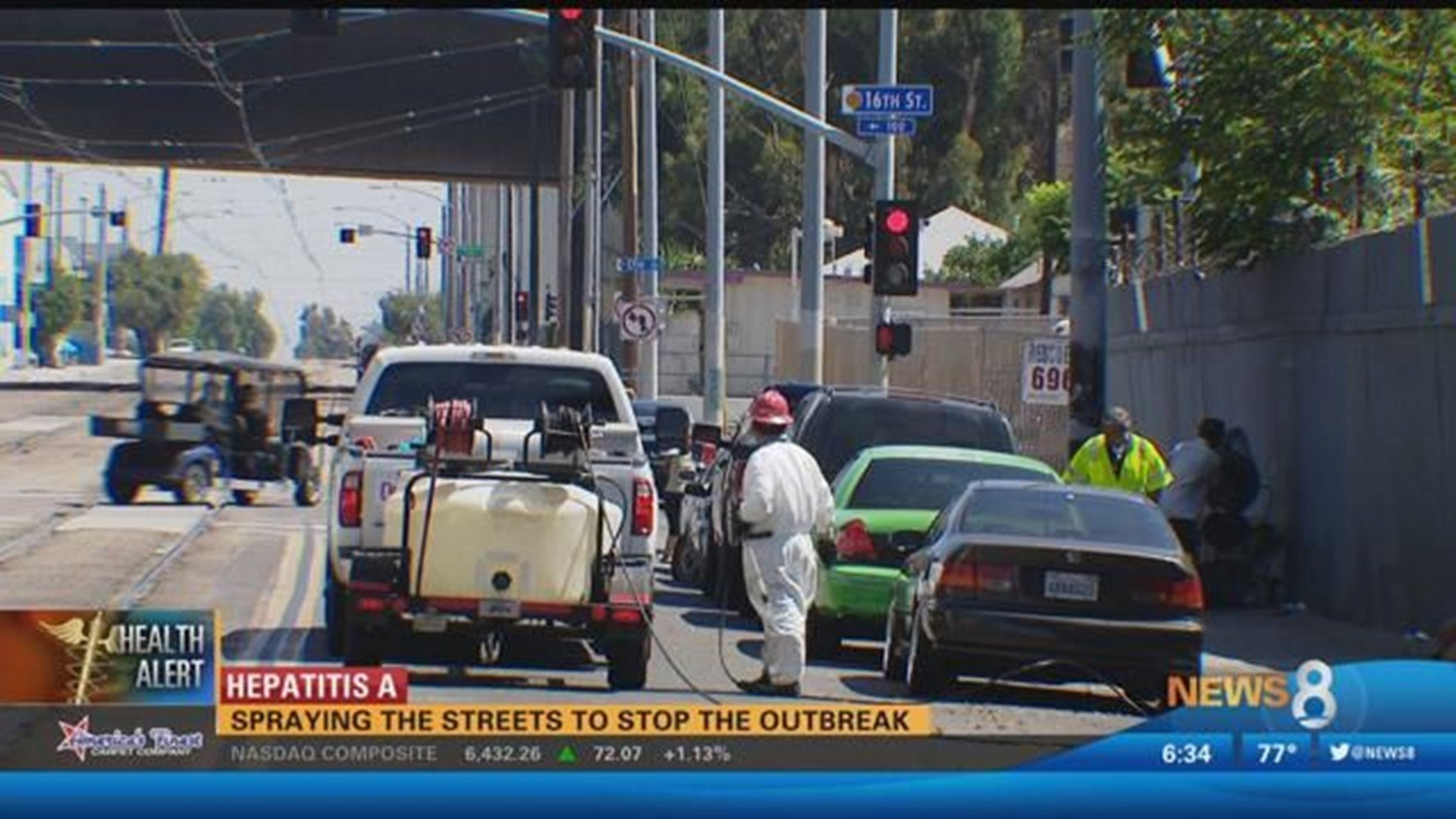 SAN DIEGO (CNS) - A San Diego councilwoman Monday called on the city to take stronger measures along the San Diego River against an outbreak of hepatitis A that has killed at least 16 people and sickened more than 400.

Councilwoman Lorie Zapf made her comments on the same day that city crews began washing down streets and sidewalks in an effort to control the disease. County health officials said about two-thirds of those who have fallen ill to hepatitis A are homeless and/or users of illicit drugs.

Zapf's district includes the beaches and the river mouth.

"This is an environmentally sensitive habitat for native animals and plants, and it's very worrisome that the staggering numbers of illegal encampments have overrun this very sensitive area, and it's an incubator for spreading the deadly disease," she said.

Zapf called on her colleagues to use their powers to help remove red tape and get the city to clean up the river bed.

"I went down there myself in July and what I saw with my own eyes was an insane amount of trash," Zapf said. "I saw human feces, meth cookers, syringes, stolen property -- and all of this will flow right to the ocean if it is not cleaned up, and it will spread hepatitis A virus."

She said county health officials informed her that the virus can survive in the water for a few months.

The city cleanup efforts began in the East Village with the street and sidewalk spraying effort.

Disinfecting streets in affected areas is one of the measures demanded by county health officials in a letter to the city. The other primary step, setting up dozens of hand-washing stations, has already been carried out.

City crews removed belongings and debris from sidewalks and roadways to prepare for spraying with a formula that included bleach.

"By disinfecting our sidewalks and making additional public restrooms available 24/7, we're following the direction of county health officials to address the unsanitary conditions that have helped fuel this outbreak," San Diego mayoral spokesman Craig Gustafson said. "We're taking swift action to eradicate this virus from our streets and keep our most vulnerable residents safe."

He said the cleanings are scheduled to occur three times a week, every other week, on Mondays, Wednesdays and Fridays.

The city will also open Balboa Park's 14 public restrooms 24 hours a day on a trial basis beginning Tuesday, according to Gustafson. City officials are also looking into providing more bathroom access in downtown, he said.

The county, meanwhile, has been providing vaccinations to thousands of San Diegans, with 7,300 given to people considered to be at-risk of contracting the disease, which attacks the liver. Around 19,000 have been given out total.

Dr. Wilma Wooten, the county's public health officer, said about two- thirds of the victims are homeless and/or users of illicit drugs. The hand- washing stations have been set up in areas where that population is prevalent, including downtown, Balboa Park and near the river.

She said she expects the number of victims to increase because hepatitis A has a lengthy incubation period. The toll of fatalities is of confirmed cases -- an additional death is suspected of being from the disease but has not been confirmed by laboratory testing.

On Wednesday, a proposal to declare an emergency in San Diego over the outbreak and a lack of shelter space is scheduled to go before the City Council's Select Committee on Homelessness.

More than 7,000 shots have been given to people considered to be at-risk of acquiring the disease, and over 19,000 shots given out in total, according to the HHSA.

In January's annual tally of the area's transient population, 5,619 homeless individuals were counted in the city of San Diego, a 10.3 percent increase from last year. Of those, 3,231 were living on the streets.