Puerto Rico continues to struggle to recover from the devastating blow Hurricane Maria delivered last month, but one San Diego student, who once lived on the island, is doing his part to help with the 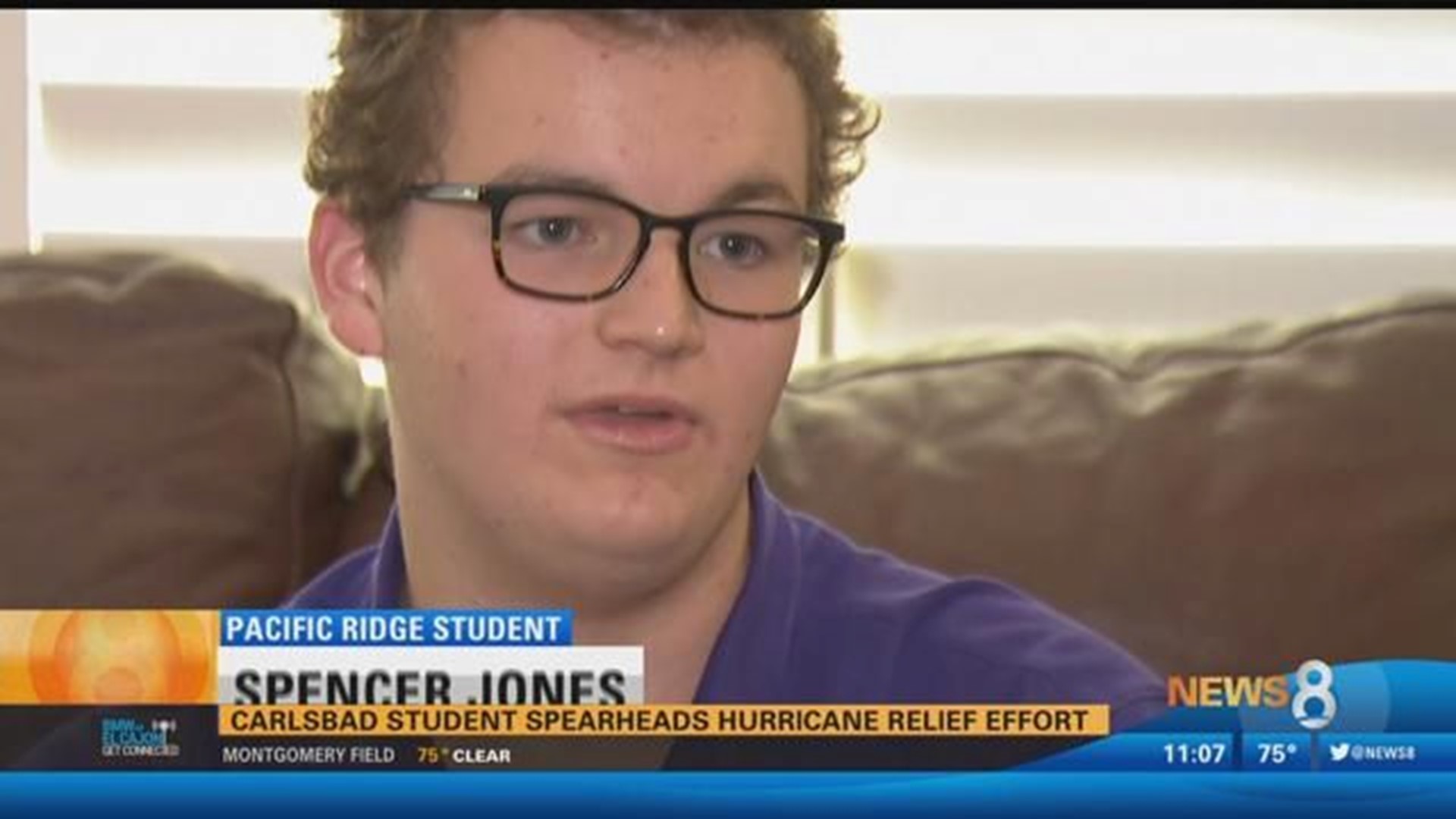 SAN DIEGO (NEWS 8) – Puerto Rico continues to struggle to recover from the devastating blow Hurricane Maria delivered last month, but one San Diego student, who once lived on the island, is doing his part to help with the relief effort.

Sixteen year old Spencer Jones is a student at Pacific Ridge in Carlsbad, where he has been studying providing aid in natural disasters. When he saw the country he used to live in was suffering from Hurricane Maria, he and his classmates exceeded any expectations to help Puerto Rico.

Spencer has collected eight tons of supplies, and with the Puerto Rican flag draped over them, will have them delivered to the country.

Spencer and his family lived on the island for two years. He challenged his classmates at the independent service learning school to step up - putting lesson to action.

“[I] really wanted to give back. I lived there when I was little and they were some of the nicest people. Some of my fondest childhood memories were there,” he said.

With the help of Gilead Sciences, a biopharmaceutical company in Oceanside where Spencer’s father works, he was able to collect 10,000 items, including: money for generators, chainsaws, pallets of water and 50 kits filled with baby supplies.

The Jones’ churches in Puerto Rico will help disperse the items to thousands of families who still do not have power, safe drinking water, food and other supplies.

“That is going to help some people get off their feet – help someone from worrying if I am going to eat the next day. It’s good to help each other and through college, but what about if we weaved in humanity in school,” said Spencer.

This Saturday, Pacific Ridge is having its fall fest where each service learning group sells items to raise awareness and money for a certain cause. Spencer Jones’ group will continue to help Puerto Rico.