A 27-year-old man was behind bars Monday after drunkenly firing a gun into the air outside his Chula Vista apartment and a brief standoff with police, authorities said. 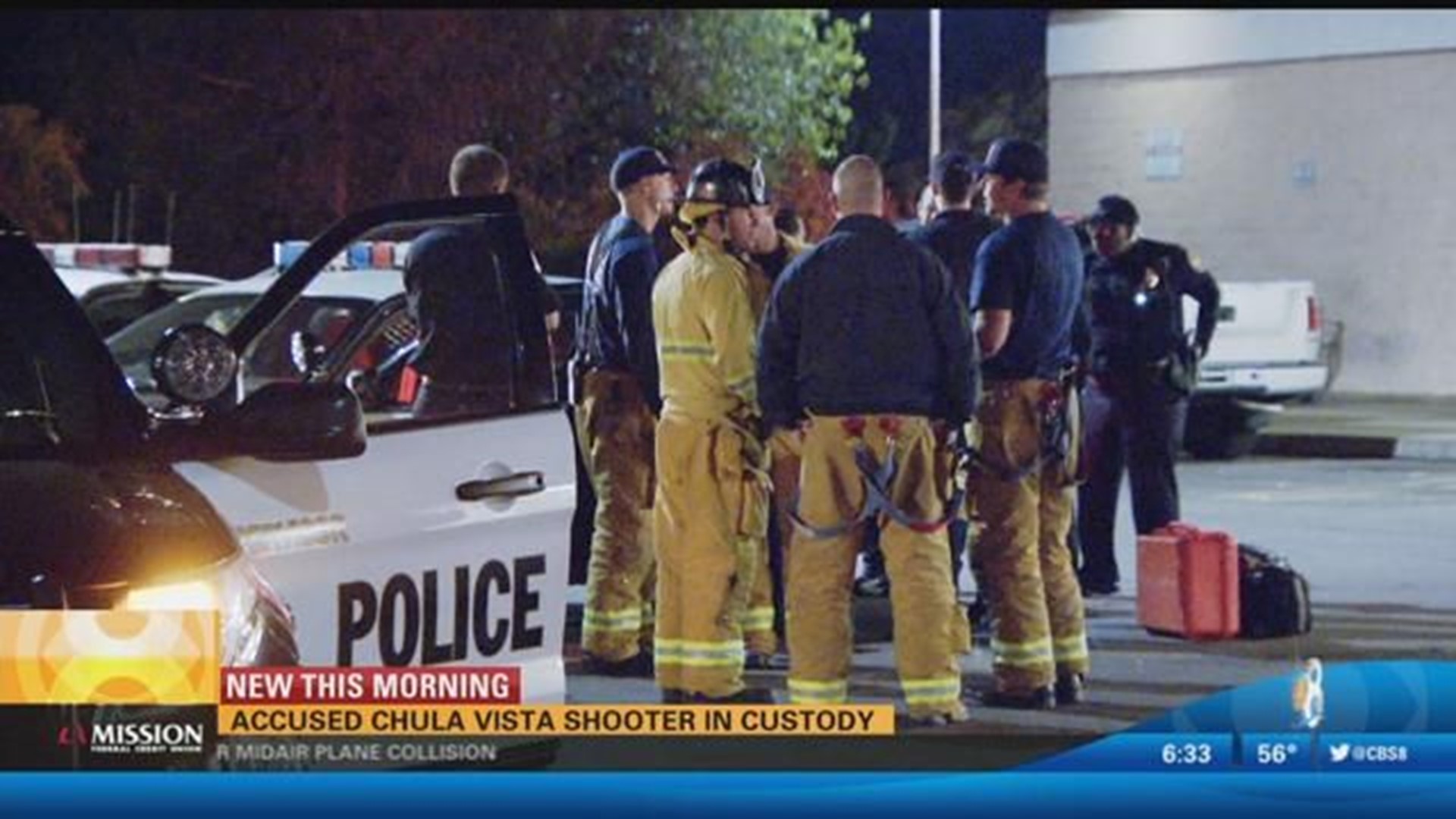 CHULA VISTA (CNS) - A 27-year-old man was behind bars Monday after drunkenly firing a gun into the air outside his Chula Vista apartment and a brief standoff with police, authorities said.

The suspect, identified by police as Abraham Lopez, was taken into custody around midnight at the apartment complex on Third Avenue near K Street, according to a Chula Vista police statement.

The chain of events leading up to his arrest began when Lopez's wife called for help and told authorities her husband may be suicidal, had access to guns and was about to drive intoxicated. Arriving officers heard several gun shots coming from the vicinity of the couple's unit, according to the statement.

Witnesses told police Lopez had fired a handgun into the air outside the apartment. Neighbors were told to shelter in place and the 800 block of Third Avenue was closed to traffic.

Police determined Lopez was alone in the apartment and subsequently summoned a SWAT team and crisis negotiators. Authorities said Lopez was seen walking in and out of the residence, but did not fire the gun again.

Around midnight, the SWAT team took Lopez into custody on suspicion of negligent discharge of a firearm, according to the police statement.