It's been two and a half years since 14-year-old Amber Dubois was killed and Wednesday her mother shared the story of how she helped locate the body of another murder victim. 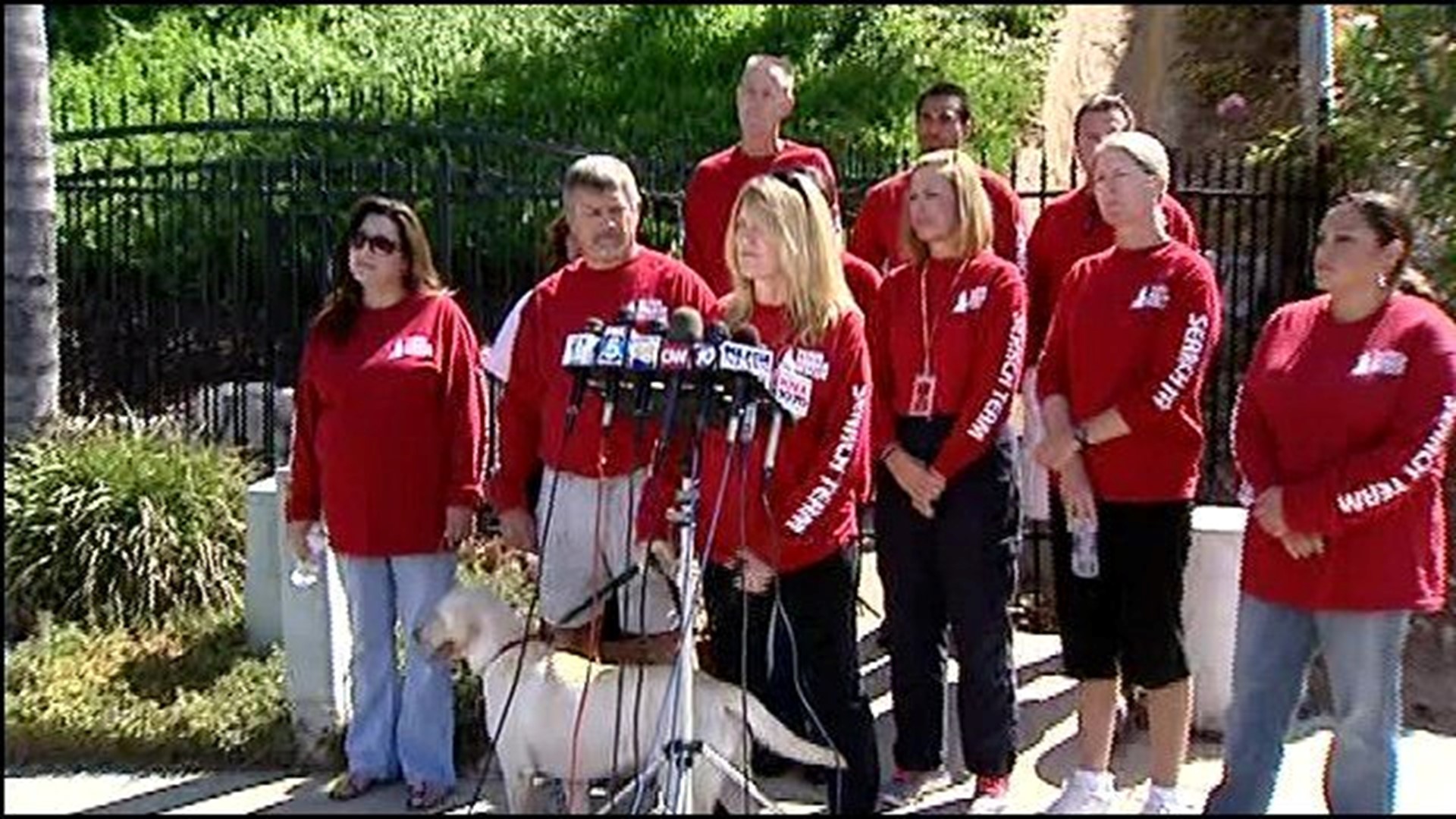 SAN DIEGO (CBS 8) - It's been two and a half years since 14-year-old Amber Dubois was killed and Wednesday her mother shared the story of how she helped locate the body of another murder victim.

Carrie McGonigle was helping in the search for nursing student Michelle Le in Northern California, when her dog came across the remains.

When asked what her late daughter would have said about her mother's search efforts to find Michelle Le, McGonigle replied "you go mom." And that's exactly what she did with a help from a furry friend.

"Of course this has been a very emotional experience for all of us. It hit me harder than expected," said McGonigle.

McGonigle struggled to keep her composure at Wednesday's news conference as she spoke about finding the remains Saturday of the missing nursing student near an Alameda County park.

"I have a tremendous amount of sadness not only reliving my own tragedy, but also for the Le family," McGonigle explained.

The mother of slain Escondido teen Amber Dubois gives all the credit to her one-year-old yellow Labrador named in her daughter's memory. She says she never intended to take the animal on a search that day, but she's grateful she changed her mind.

"My trainer said it was a higher power. She truly is the hero here. I have to believe it was Amber and Michelle guiding her. There's no real explanation for what she did," McGonigle continued.

McGonigle says after taking the animal's leash off, Amber bolted down a trail out of sight.

"I called for her several times to return, which she did not. I figured she was following a search group that was earlier deployed," she added.

Moments later, her fateful companion sprinted back to her, jumped on her chest and then darted back in the same direction, stopping in a flat area.

"Upon approaching her, I bent to re-attach her lead and noticed what could possibly be some sort of remains. I praised Amber and returned to the group and alerted an officer on the team," said McGonigle.

Even though amber has not been trained as a cadaver dog, her owner was impressed by her drive and natural ability to search.

"She was incredibly thorough and cleared the area in about 20 minutes. She never ventured out of the scene and explored every possible nook and cranny," noted McGonigle.

"It's a great pleasure to be able to serve another family to bring some kind of closure to that family. I feel it's made me a stronger person," she explained.

She says finding Michelle Le's remains shook her to the core. McGonigle wasn't sure she could handle it, after John Gardner kidnapped, raped and murdered her precious daughter more than two and a half years ago.

"I know now that god, my daughter, Amber, and Michelle needed me. This is my job. This is what I was supposed to do with my life," McGonigle said.