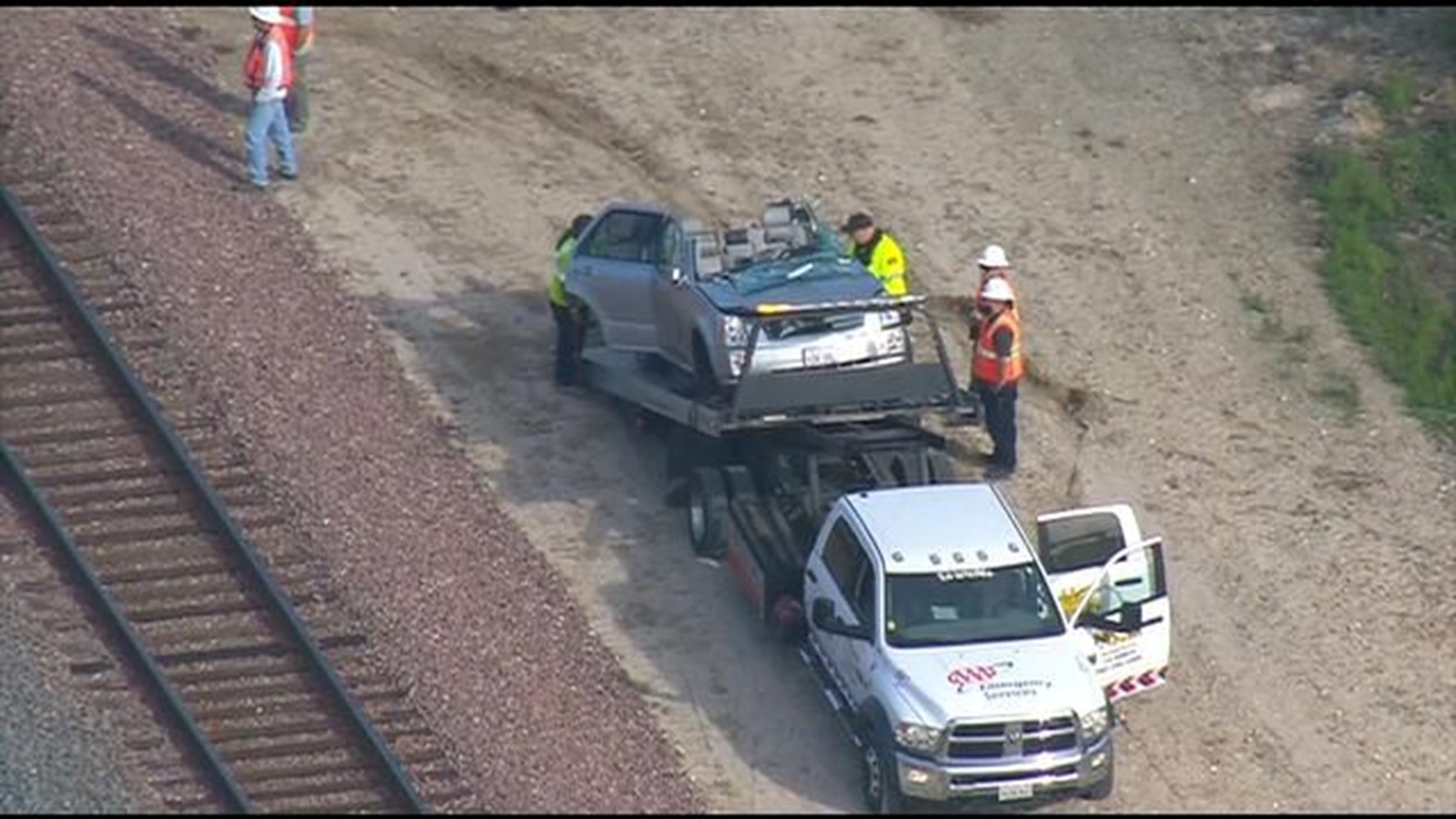 OCEANSIDE (CNS) - A southbound Amtrak train struck a car on the railroad tracks in the North County Monday morning, injuring the sedan's driver and temporarily shutting down an Oceanside roadway.

The train crashed into the silver Cadillac sedan on the tracks at Cassidy Street, between the Oceanside Transit Center and the Carlsbad Village Station, around 8:15 a.m., according the North County Transit District and a dispatcher for the Oceanside Fire Department.

Firefighters extricated the unidentified woman from the wreckage and airlifted her to Scripps Memorial Hospital La Jolla, according to Macken and the Oceanside Fire Department. A condition update had not been released as of mid-afternoon.

Cassidy Street was closed near the tracks for the investigation and cleanup, but was later reopened, Oceanside police said.

Oceanside police responded to the crash, but turned the investigation over to the sheriff's department's Railroad Enforcement Unit, which provides law enforcement services for the NCTD.

The Amtrak passengers were bused to another location, where they were transferred to a Coaster train, according to the transit district.