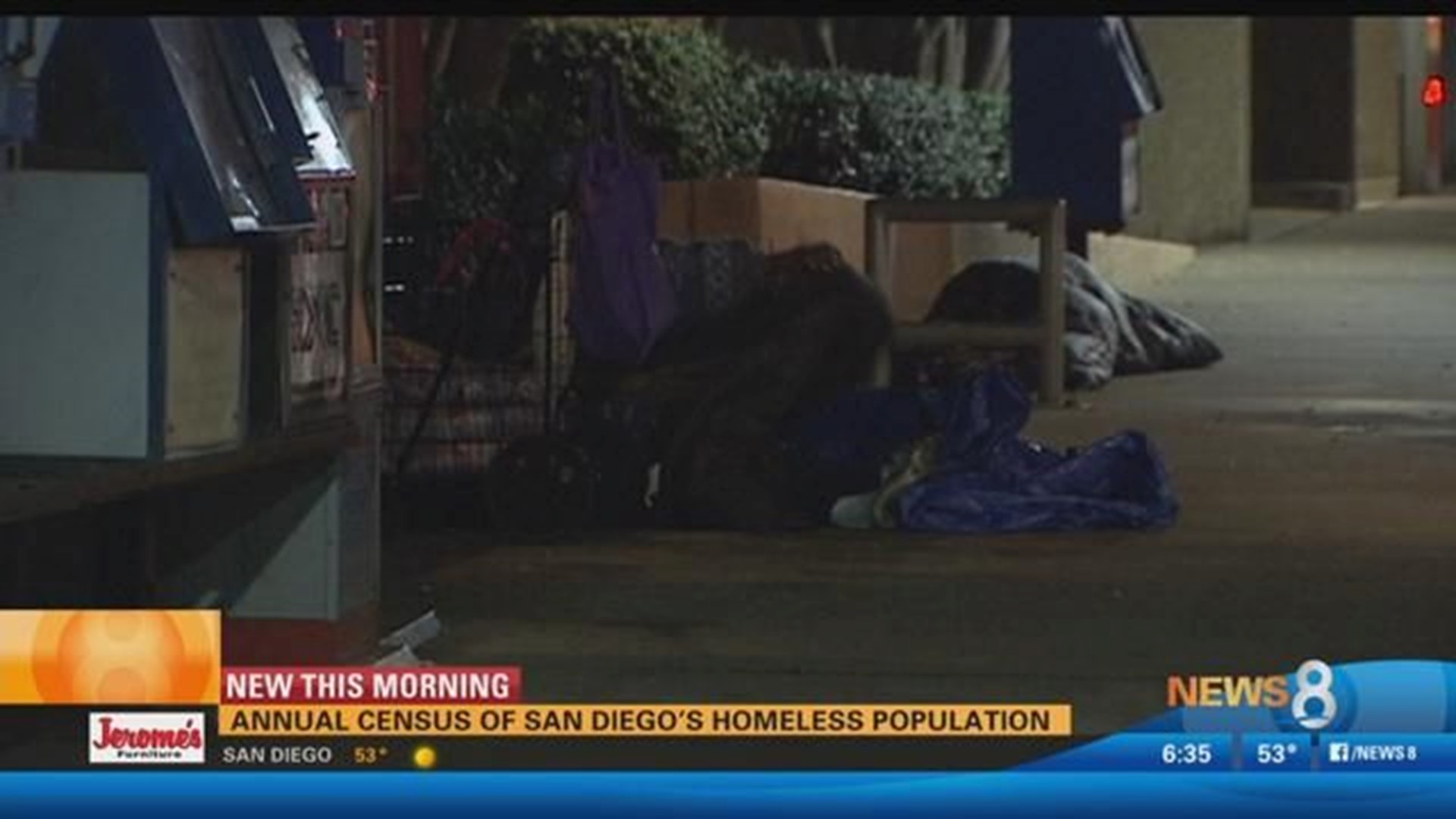 WeAllCount is the local name for the federally mandated effort to generate a one-day snapshot of people living on the streets or in short-term shelters in the region. The initiative helps the county secure federal funding for housing and other services.

More than 1,600 volunteers are expected to act as counters who walk the streets to count the homeless they see, and interviewers who guide the homeless through surveys, according to the San Diego Regional Task Force on the Homeless, which organizes the effort. Follow-up interviews will be conducted through Jan. 31.

Gordon Walker, task force chief executive, said there's a lot of pressure to execute the count each year because the data collected is so important.

"The federal government relies on the results from the county to determine how severe the problem is moving up or down in any single community," he said.

Last year, 9,116 people were counted living on streets or in shelters, a 5 percent increase over the year before. More than 60 percent of those counted last year were unsheltered, according to task force data.