Plans to put a new Target Express in the heart of Ocean Beach, despite objections by many in the community, are moving forward. 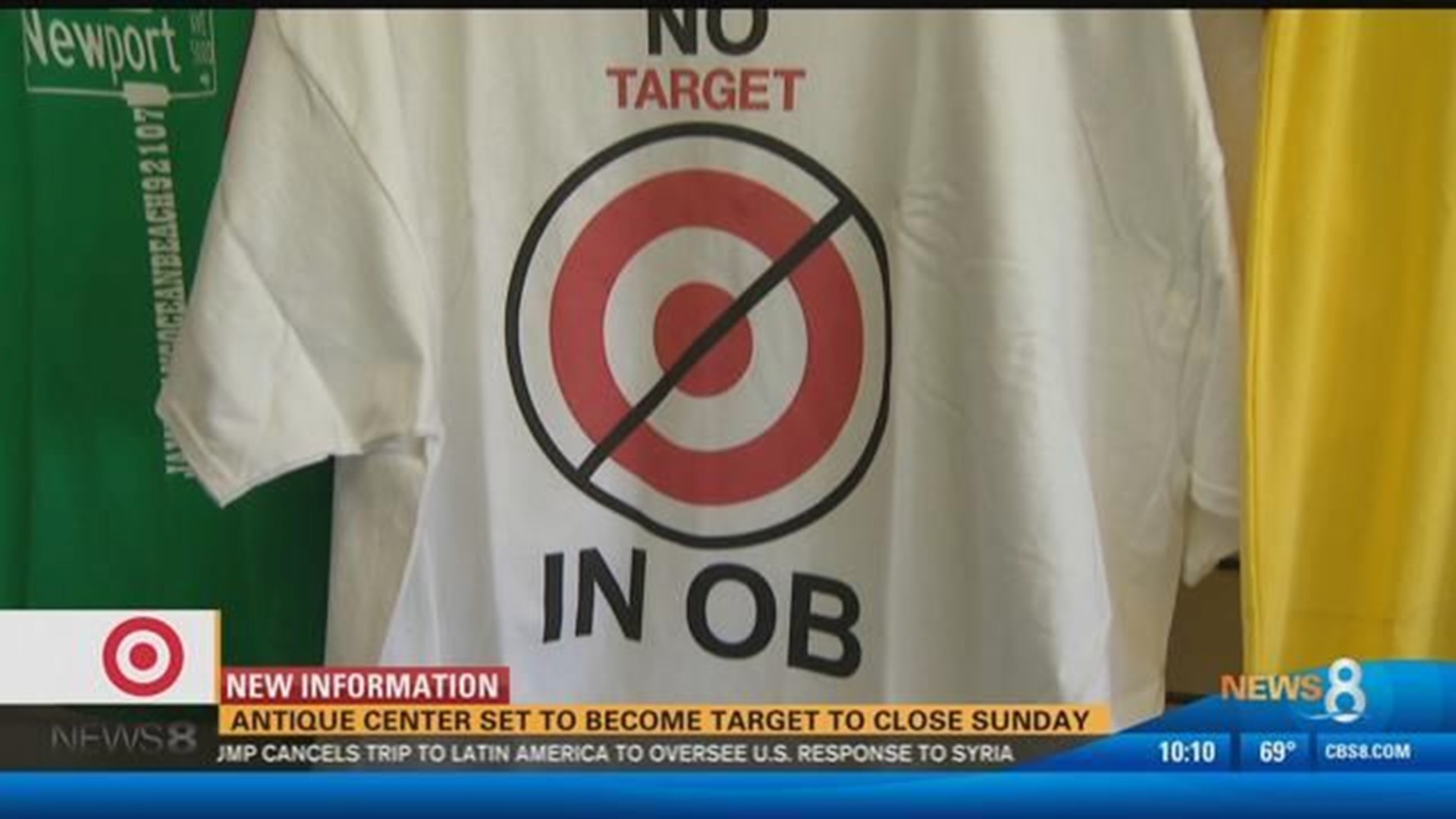 SAN DIEGO (NEWS 8) — Plans to put a new Target Express in the heart of Ocean Beach, despite objections by many in the community, are moving forward.

Target has signed a lease for an 18,000-square-foot space that is currently occupied by the Newport Avenue Antique Center.

On Sunday, the center is set to close for good.

"It's sad, I mean, everyone around here loves the antique center and it's been a staple here for years," said Cash Scott, owner of Chapter One Tattoo.

Some are not happy to have Target Express as their new neighbor.

"Our move, at that point, is to go from 'No Target in OB' to 'Boycott Target in Ocean Beach," said Paul Bearce.

"As a community, we are slowly watching things go away," said Bearce. "I just want to do what I can do to help my community."

"OBecians" are known to be anti-corporate; the quirky beach town is filled with mom and pop shops and locals even protested the Starbucks.

"There is a Rite Aid over here, there is a CVS over here," said Tyler Williams. "There is already corporate."

Williams and Mac Yacobucci lived in South Park when people there tried to revolt against a Target Express.

"I don't think it's going to be bad," said Yacobucci. "I think, once it is in, people will think this is very convenient."

Neither the antique owner nor an employee would give News 8 a comment about the closing, but in the past said no one was willing to buy the space worth $6.5 million, so Target signed a long-term lease.

News 8 spoke to the realtor, Tony Franco who said workers plan to start construction on the Target Express next Saturday and open as soon as possible.

Bearce says Target came in to introduce themselves.

"They bought some 'No Target in OB' shirts," he said. "I don't know if they want souvenirs."

Many locals say playing nice still doesn't take the target off the store's back.

"We will be keeping an eye on them," said Bearce laughing.