An apartment complex in Escondido was engulfed in flames early Saturday, and the cause was under investigation. 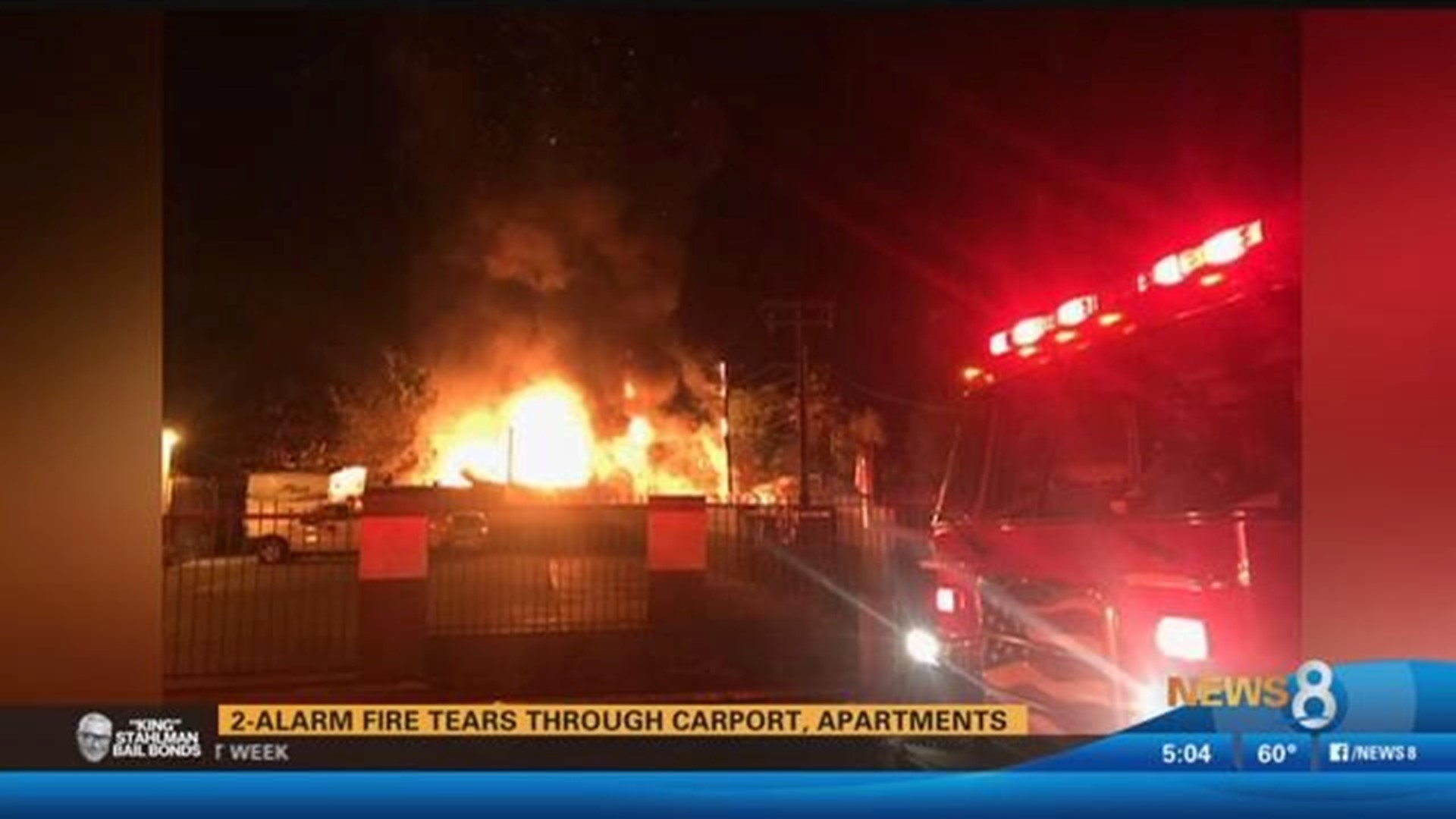 ESCONDIDO (CNS) - Electricity was restored to dozens of households in Escondido after a fire that engulfed an apartment complex damaged the power grid in the area.

A total of 56 households were without power for much of Saturday, according to San Diego Gas and Electric.

At 3:40 a.m., authorities received a report of a car fire at the complex, located in the 300 block of West Sixth Street, said Officer Ryan Banks of the Escondido Police Department.

The fire downed power lines and caused transformers in the area to explode, he said.

Residents of the two apartment units managed to escape, and no injuries were reported.

Police were investigating the fire's cause, but it is not believed to be suspicious, Banks said.