Arrest in fatal hit and run of bicyclist in Encinitas

A suspect has been arrested in a hit and run accident that killed a bicyclist on an Encinitas roadway, officials said Tuesday. 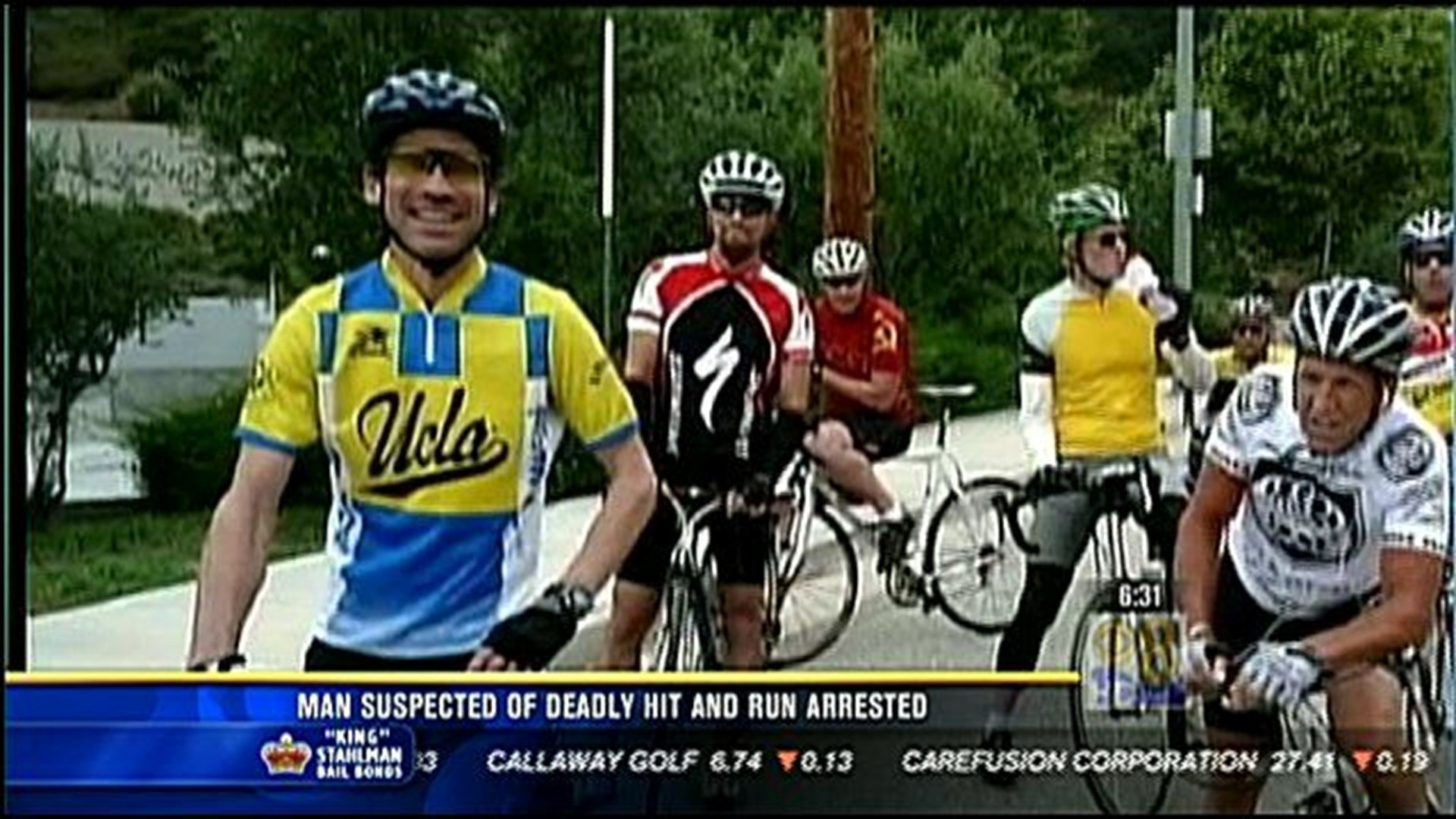 VISTA (CNS) - A Carlsbad man was behind bars Tuesday in connection with a hit-and-run crash that killed a bicyclist taking a late-night ride with several friends near Leucadia State Beach last weekend.

Joseph Ricardo Fernandez, 46, came forward Monday to report that he believed he might have been involved in a recent traffic accident in the Encinitas area, sheriff's Sgt. Mark O'Connor said.

Detectives interviewed Fernandez and inspected his Dodge Ram 1500, which matched descriptions -- including front-end damage -- of the northbound vehicle that struck 47-year-old James Swarzman of Encino from behind in the 1200 block of North Coast Highway 101 about 1 a.m. Sunday, according to O'Connor.

The driver did not stop at the scene to offer assistance or speak to authorities.

Fernandez was booked into the Vista Jail on suspicion of felony hit-and-run. He was being held on $50,000 bail, with arraignment scheduled for Wednesday afternoon.

Investigations into the fatal crash are ongoing, and additional charges may be filed, the sergeant said.