Arrest made in hit-and-run that injured good Samaritan

A man was arrested Monday in connection with a hit-and-run crash that seriously injured a good Samaritan who was helping two people stranded late at night in a broken-down car in Ocean Beach last m... 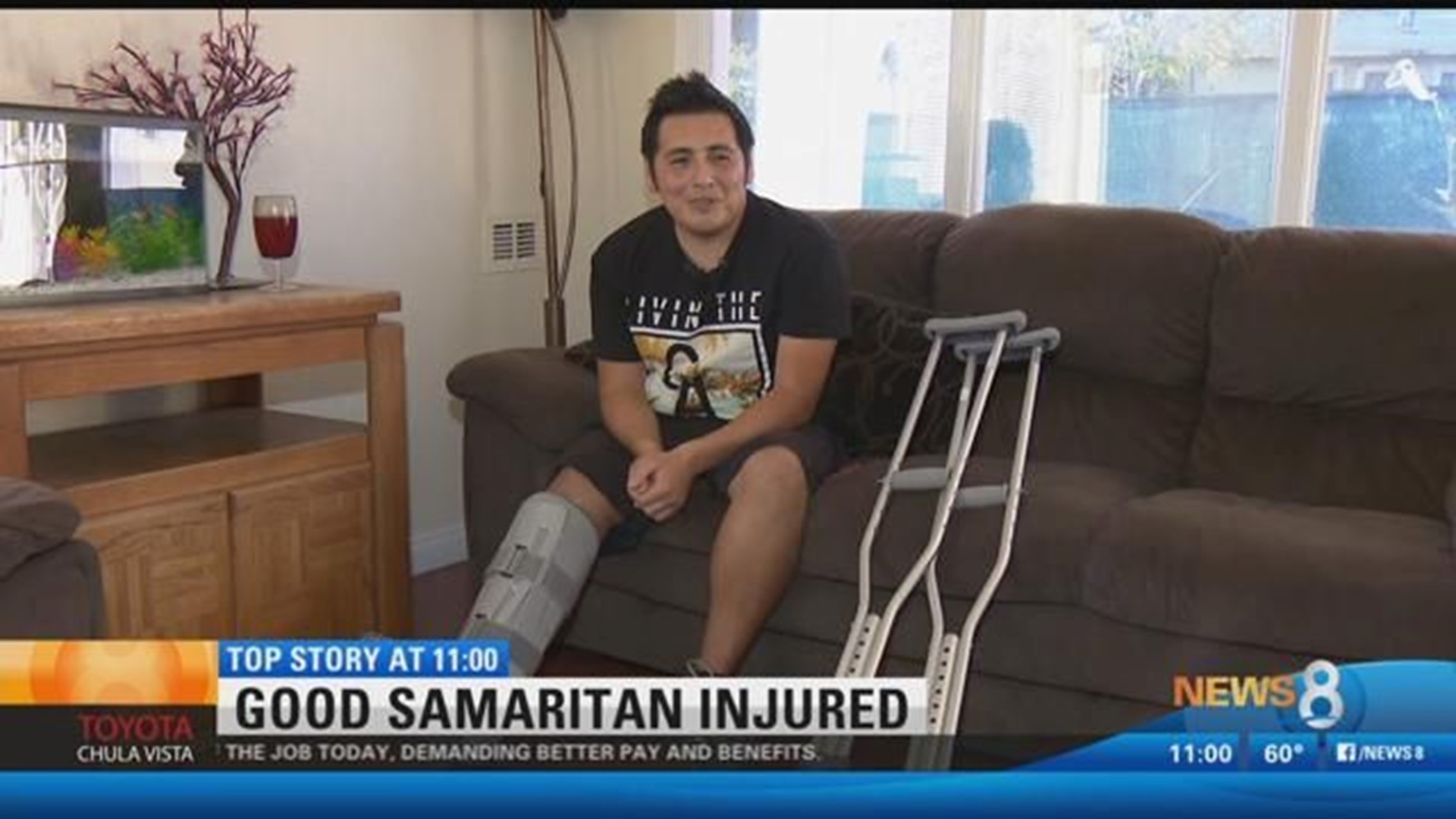 OCEAN BEACH (NEWS 8) – A man was arrested Monday in connection with a hit-and-run crash that seriously injured a good Samaritan who was helping two people stranded late at night in a broken-down car in Ocean Beach last month.

Vazquez told News 8 he is a father of two young children and recently lost his job and his house because of the injuries he suffered in last month’s incident.

Vazquez, who had pulled over to aid the occupants of a disabled Lexus, was taken to UCSD Medical Center for treatment of a broken leg and internal injuries, Sgt. Victoria Houseman said.

Acting on a tip from the public, investigators found the Subaru in the 4300 block of Orchard Avenue, about a mile south of the site of the crash.

Vazquez said he is relieved someone was arrested but calls Hillyer a coward.

Vazquez spent five days in the hospital and is still recovering.

“He took everything from me. He took my life from me. Yes, I am alive, but everything I build with my family, he killed it,” he said.

Despite having a collapsed lung, broken rib, road rash, physical and mental struggles, Vazquez said he does not regret pulling over to help a stranded driver.

“That’s me. That’s Julio Vazquez. I would do it again,” he said.

Hillyer was booked into San Diego Central Jail on suspicion of felony hit-and-run, and driving with a suspended license and no valid insurance.

Julio Vazquez faces mounting medical bills and has to two children. His family set up a GoFundMe to help pay medical bills.