Police have made an arrest in the theft of patio furniture from Pacific Beach homes. 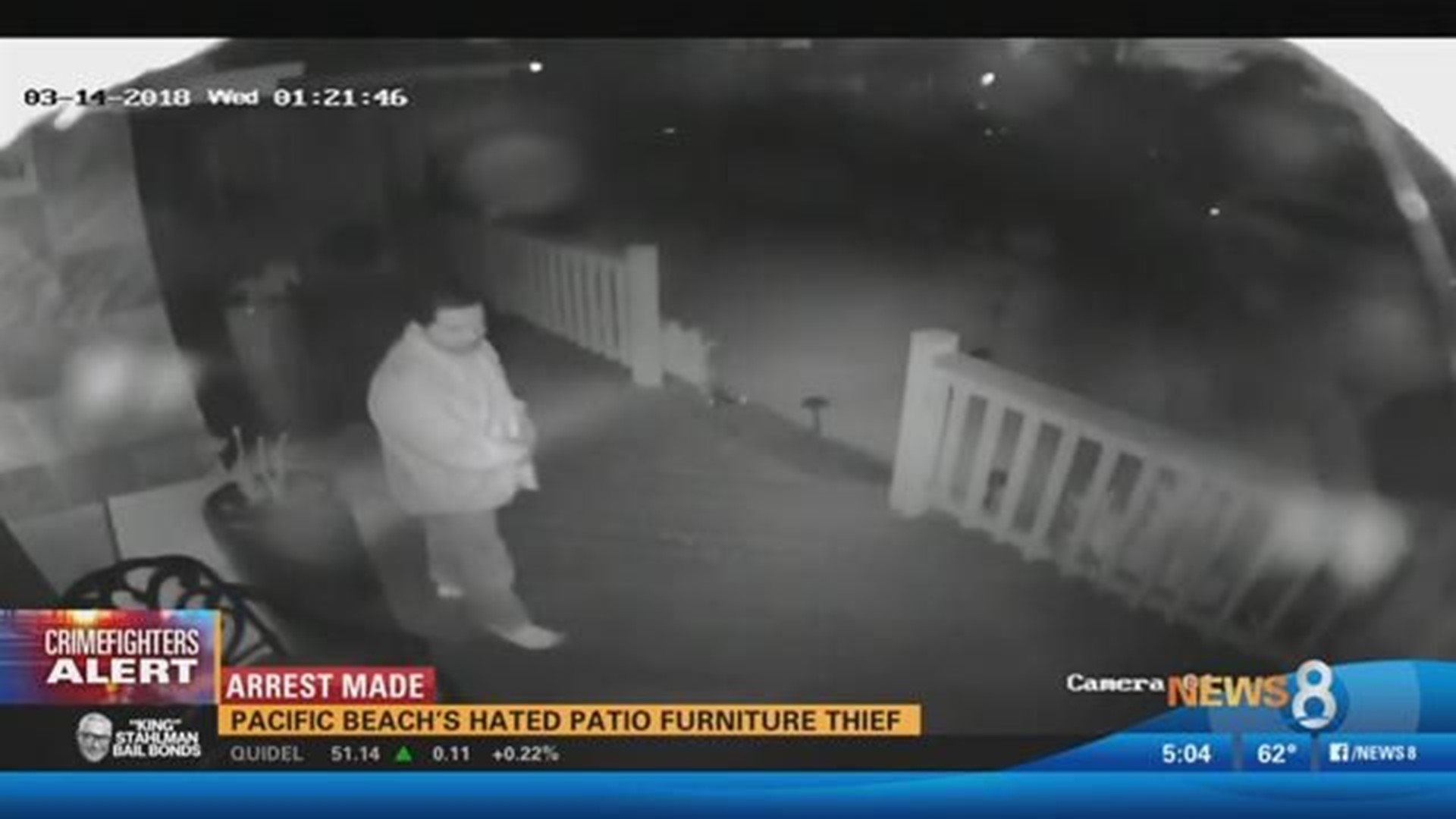 SAN DIEGO (NEWS 8) — Police have made an arrest in the theft of patio furniture from Pacific Beach homes.

Surveillance footage showed a man taking hundreds of dollars-worth of furniture from one home and police believe he's tied to at least six other thefts.

Sgt. John Harberth says the suspect - identified as Jose Luis Ledesma Manjarrez - is accused of committing a string of thefts, in which police say he'd sneak onto someone's property, then quietly steal their patio furniture piece-by-piece.

"In one case, he actually took his shoes off and was creeping in his socks, probably not to alert anyone," said Harberth.

The thefts put neighbors on alert.

"It keeps you aware," said one PB resident. "We're always watching out. We got that security system."

Last week police released pictures of a green Ford Explorer they thought the suspect was driving.

It didn't take long for an officer to spot him.

"Early Thursday morning, one of our patrol officers observed the vehicle with the Baja plates, conducted a traffic stop and we arrested the suspect," said Harberth.

Police say it is unclear what he did with the furniture and they have yet to recover any.

Harberth made it clear, while an alert officer spotted Ledesma Manjarrez, it was the community's vigilance that gave police the evidence they needed to make an arrest.

"They were phenomenal," he said. "Without the community's support and posting the videos, we probably wouldn't have caught this guy."